Journalists have been attacked and press freedom curtailed since India stripped Kashmir of its special status since 2019. 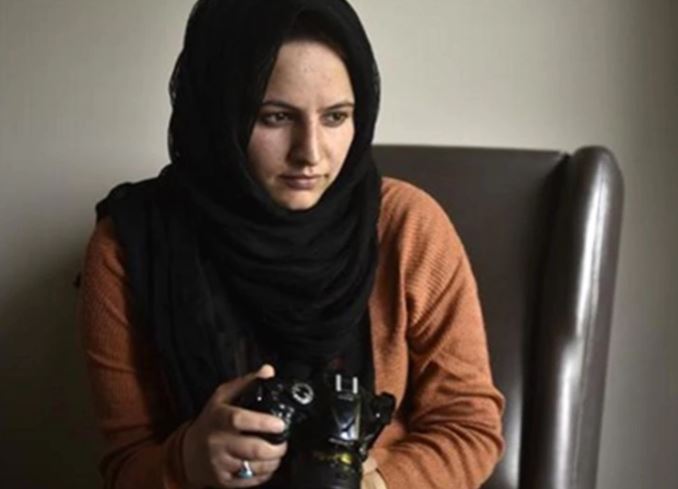 Srinagar, Indian-administered Kashmir – For young Kashmiri photojournalist, Masrat Zahra, the fear of getting arrested or summoned by police always lurks around. She was charged under anti-terror law, Unlawful Activities (Prevention) Act (UAPA), in April this year for posting “anti-national” content on social media.

The case, says 26-year-old Zahra, “is like a sword hanging on my head” and was filed “to send a message” that even a young female journalist would not be spared. She is one of the few female journalists in the Muslim-majority region, which was stripped of its special status August 2019.Zahra was among several Kashmiri journalists who were summoned by police in year 2020.

More complaints of “harassment” and “intimidation” by journalists followed during the course of the year as reporting from the region has been increasingly becoming difficult since India’s Hindu nationalist government introduced the Revised Media Policy following scrapping of the Article 370 of India’s constitution that granted the disputed region a measure of autonomy.

The new media policy authorises government officers to decide on what is “fake news” and “anti-nationalism” – a step that media personnel say could be misused by authorities in the disputed region, where anti-India sentiments run high.

Since August 2019, the Himalayan region of 12 million was put under months-long strict internet shutdown – longest by a democracy – and security crackdown that created hardships for the journalists, who were forced to use a government-sponsored media centre with extremely limited resources. In many cases, journalists had to smuggle out content in pen drives by air to their offices in the capital, New Delhi.

‘Punished for speaking the truth’

Since year 2019, several local journalists have been summoned by police or investigating agencies for doing their professional duty.

India’s National Investigation Agency (NIA) raided the office of Greater Kashmir newspaper and the residence of AFP news agency’s journalist, ParvaizBukhari on October 28. This followed a week after office of the oldest English Daily of the region, Kashmir Times, was sealed.

“This was simply done to punish us for speaking the truth,” said AnuradhaBhasin, the Executive Editor, who had approached the Supreme Court against the communication blockade imposed.

Three Kashmiri journalists – Fayaz Ahmad, MudasirQadri and JunaidRafiq – were beaten up and their phones and cameras were taken away by police while they were doing their professional duty in southern Kashmir.

Senior journalists say the local administration, which takes orders directly from New Delhi, has launched a“a lethal assault” on journalism in Kashmir since downgrading the status of the region. New Delhi has since passed laws that will allow outsiders to settle in Kashmir, causing fears of demographic shift.

“We have witnessed our colleagues getting killed with bullets when the armed conflict was at its peak [during 1990s and early 2000s]. But, now the journalism itself is being killed with selective usage of laws and other methods,” says veteran journalist, Altaf Hussain, who has had a long stint with BBC news.

Since early 1990s, when an armed rebellion erupted against Indian rule, at least 20 Kashmiri journalists have been killed by the parties to the conflict, but Hussain says “now the target is journalism itself”.

The Himalayan region is disputed by both India and Pakistan, but the two govern only parts of it. India has stationed more than half a million soldiers by some estimates, making it one of the most militarised zones of the world.

Media analyst Rashid Maqbool says that the recent incidents in particular have vitiated the atmosphere for press freedom in Kashmir.

“Earlier dispensations in New Delhi would still allow some degree of press freedom in Kashmir – they would not force the nationalistic frame on Kashmir-specific journalism,” he said.

On November 29, The Kashmir Walla website carried a story on mass-beatings of civilians by the Indian army in a suburb of Srinagar following an armed attack. The editor of the weekly magazine, Fahad Shah, said that he was under pressure to take down the story. But he stood the ground. “Since we have done the fact-checking meticulously, we are confident about our story,” Shah told Al Jazeera.

India has stationed more than half a million soldiers by some estimates, making it one of the most militarised zones of the world [File: Dar Yasin/AP Photo]

In August, dozens of people were injured after Indian forces used pellet guns and tear gas on mourners but the news was ignored by the local media, though it made headlines in international media.

SajjadHaider, the president of Kashmir Editors’ Guild (KEG), however, disagrees with the notion that local newspapers are succumbing to pressure.

“That is not fair. The fact is that the circumstances wherein we had to work after August 5, 2019, made our job very difficult. We had no access to high-speed internet, which newspapers use for gathering information,” he said.

WajahatWaseem from central Kashmir’s Budgam district says that he has given up on reading local newspapers. “Interestingly, international media is giving a lot of objective coverage of Kashmir, but it has its own limitation – it can’t cover all the issues which a free local media can cover,” Waseem says.

Maqbool, the media analyst, says that the current phase of media in Kashmir is the worst phase wherein self-censorship “has gradually got institutionalised.”

Kashmir, he says, had witnessed growth of media over the years because of the circumstances created by the conflict coupled with the relatively better conditions for functioning of press. “This had allowed people to repose faith in local press.” But, he says, people are now turning to international media for knowing the true story.

Michael Kugelman, the Asia Program Deputy Director and Senior Associate for South Asia at the Washington based Woodrow Wilson Center, says that while the Kashmir dispute has long been a feature of international media coverage, the intensity of this coverage increased significantly after the revocation of Article 370.

“Before the Article 370 move, there would be periodic coverage of the dispute, with much of the focus on human rights abuses in Kashmir…But the spike in coverage after the Article 370 repeal far exceeded anything that had come for many years prior,” he told Al Jazeera.

“This was a clear indication that for the international press, the Article 370 move was about much more than what New Delhi shrugged it off as a routine internal and administrative change. In this sense, New Delhi’s decision to repeal Article 370 did more to internationalise the Kashmir dispute than anything Pakistan had done in previous years.”

Bhasin, the executive editor of Kashmir Times, says she has faced “retribution” for challenging the curb on media freedom.

She says, The government,  wants complete silence of the local voices.

“But we will not succumb to this pressure. It is not about saving the platform; it is about having the voice. If you have voice, you can get some or the other platform to express that voice. But, if you lose the voice for saving the platform, it means nothing but surrender,” she says.
“We will continue to resist.”

Al Jazeera reached out to RohitKansal, Principal Secretary, Information, Government of Jammu and Kashmir, but he refused to speak. An email to the Director Information and Public Relations was not answered until the time of the publication. The article will be updated if we receive official response.

Disclaimer: 2020 SAW SURGE IN ‘HARASSMENT’ OF KASHMIR JOURNALISTS - Views expressed by writers in this section are their own and do not necessarily reflect Latheefarook.com point-of-view