Ever since the US announced in mid-April that it would complete withdrawal by 11 September 2021, the Taliban in a reinvigorated offensive have blitzed through the length and breadth of the country seizing control of an additional 61 Districts and, as on date, control 134 Districts (total of 407 all-Afghanistan) and contest 178. 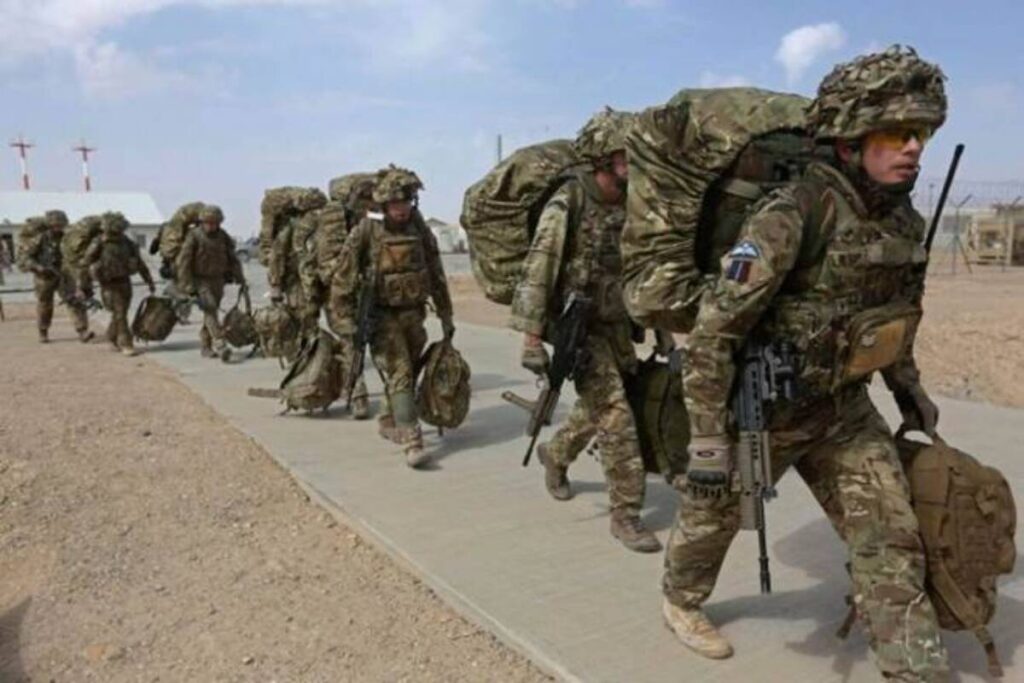 The US decision to pull up it’s stakes in Afghanistan by 11 September 2021 is being viewed by many as a ‘decision to lose’. Historically, the US carries a baggage of unfinished wars and abandoning military commitments when the going gets tough – Vietnam (1973), Lebanon (1983), Somalia (1995), Iraq (2011) and now Afghanistan. Long regarded, respected and feared as the defender of democracy and the world leader in the GWOT, the US withdrawal has given operational space and created a vortex in the region that will draw jihadist extremists from conflict zones in the Middle East, Caucasus, Central Asia and China who seek fresh agendas, new battlefields, fertile recruiting grounds and secure training areas. Since 2017, this regional high – octane environment has already been home to 20 US-designated FTOs (Foreign Terrorist Organizations) to include AQ and IS (KP). This potentially can give rise to the proliferation of extremist groups and an expansion of their arc of terror activities with no fear of US / NATO intervention. And it may well be a point in fact that Jihadi groups now feel that the US doesn’t need to be defeated – they just have to outlast them. The US is presently in the search of ‘off-shore, over-the-horizon options’ for basing drones and SOF teams to prevent a 9/11 2.0, but options are being wiped-off the table – Pakistan has refused (to date – but no telling) and Tajikistan and Uzbekistan are being pressurized by Russia not to permit US bases on their soil.

Ever since the US announced in mid-April that it would complete withdrawal by 11 September 2021, the Taliban in a reinvigorated offensive have blitzed through the length and breadth of the country seizing control of an additional 61 Districts and, as on date, control 134 Districts (total of 407 all-Afghanistan) and contest 178. The absence of US air, SOF, C4I and logistic support has given the Taliban the battlefield space to manoeuvre at will by day or night, to consolidate their already uncontested hold in rural areas, amass fighters to threaten provincial capitals – five capitals under threat and, as of writing, fierce battles are ongoing on the thresholds of three major northern provincial capitals of Kunduz, Faryab and Takhar – and interdict vital MSRs. As of today, the Taliban control the pace and dictate the momentum of battle. But this spate of reverses for the ANDSF cannot be ascribed solely to Taliban fighting prowess. The Taliban have coerced village elders / clan chiefs / local clerics to instigate ANDSF troops to surrender to the Taliban in the face of assured defeat. They have sniffed the wind and reports now emerge of mass desertions, surrenders, abandoning of posts still stocked with warfighting materiel. Many posts / strongpoints have fallen without a shot being fired (Sher-e Bander, a vital dry-port on the IB with Tajikistan). The burning question today is whether the ANDSF (army, air force and police) can hold and contain the Taliban offensive? Or is it the unravelling of a force of 3, 05,021 (US SIGAR audit as in October 2020 but other sources assess actuals as 1, 80,000 combat personnel on duty on any given day) and trained at the cost of USD 5.6 B per year? Yesterday, the US intelligence community revised their previous assessment and stated that, as things stand, the Afghan government will collapse in six months. A dismal forecast that worries the bloc of Afghan government power-brokers who inhabit the northern provinces of Afghanistan and who form the bulwark – ethnically and militarily – against the Taliban. These battle-scarred Mujahidin are primarily veterans of the wars against Russia and the Taliban and are virtual feudal warlords with small armies of irregulars that are now mobilizing. To repel the Taliban onslaught, Afghan citizens in various provinces have, as of writing, taken up arms in the fight but this has dangerous ramifications and can plunge the country into deeper anarchy, divisions on ethnic faultlines and fuel passions leading to a potential regionally-destabilizing civil war.

Today, President Ashraf Ghani is meeting President Joe Biden in the White House. The message being carried is ‘Afghanistan is disintegrating and fast’. It is a moot point on whether this meeting would generate a possible rethink of the US withdrawal schedule or a continued presence of a deterrent airpower – heavy US force In Afghanistan. There are predators waiting in the wings ready to swoop into the diplomatic and military space vacated by the US. With the US leverage in the region diminishing by the day, Pakistan will be a major player in deciding whether Afghanistan will be able to avoid descending into violence and instability. In this context, President Ghani had earlier remarked that Pakistan will have to make a decision on its Afghan policy – to opt for cooperation or enmity. Afghanistan remains India’s area of concern and strategic interest and this is in consonance with reports of an Indian delegation meeting with the Taliban in Doha (Taliban political office since 2013). This outreach was always anticipated. In the present geopolitical context of the sub-continent, it is but political expediency to at least try to mend fences with the Taliban. India is concerned that should the Taliban emerge as the predominant entity in the near future, we should not be marginalized and left friendless in Afghanistan. A major spin-off is that India could get the Taliban to agree and guarantee to keep Kashmir a hands-off issue. By continuing to hold our antipathy towards the Taliban, India will leave them with very few options on the regional table – as it is the Taliban are regarded as the pariahs of a democratic world with very few friends of international standing – but left to forge deeper relationships with Pakistan. This is what Pakistan prays for fervently. India must tread carefully and though we are a sovereign country responsible for our own foreign policy, we would win the disfavour of the Old Guard of Afghans who can never reconcile with the Taliban. And their voice is powerful and can resonate in the Central Asian Republics. These are the same Afghans whom India supported with medical assistance and supplies from Tajikistan in 2001. It is a fine balance to be struck but whatever India shakes hands over with the Taliban, must have the knowledge of President Ghani and the elected government of Afghanistan as they are, to date, the only constitutionally valid entity and they regard India as their regional bulwark against the Taliban. This will be a bitter pill to swallow after all these years of anti-Taliban rhetoric but we have to adjust if we want any semblance of peace in the sub-continent. We must always keep in mind that any understanding with the Taliban may well turn out to be a Faustian Bargain as the Taliban are renowned for their duplicity. Afghanistan has always been a veritable minefield of unknowns but India will remain to consider Afghanistan and its people as its staunchest ally and friend in the region.

Disclaimer: Afghanistan: A decision to lose? By Col Ronnie Rajkumar - Views expressed by writers in this section are their own and do not necessarily reflect Latheefarook.com point-of-view