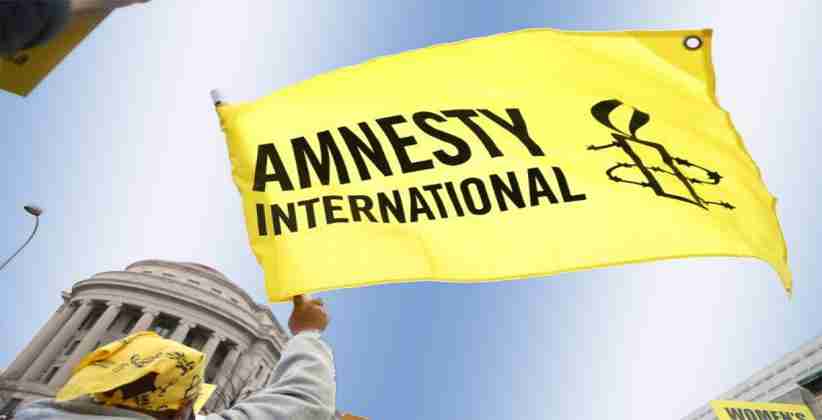 The Enforcement Directorate, an agency set up to investigate economic crimes, froze the bank accounts of Amnesty’s Indian arm on September 10, weeks after the group published two reports highly critical of the government’s human rights record.

Amnesty said the freezing of its bank accounts was the culmination of a two-year campaign of harassment by India’s home affairs ministry, the Central Bureau of Investigation and the Enforcement Directorate.

The human rights group said it was forced to halt its work and lay off its 140 Indian staff members. “For a movement that has done nothing but raise its voices against injustice, this latest attack is akin to freezing dissent,” said Avinash Kumar, executive director of Amnesty International India.

However, India’s home ministry countered that Amnesty’s local arm had engaged in “illegal practices” by circumventing New Delhi’s ban on its receipt of funds from overseas. “All the glossy statements about humanitarian work and speaking truth to power are nothing but a ploy to divert attention from their activities,” the statement said. “India, by settled law, does not allow interference in domestic political debates by entities funded by foreign donations.” The action against Amnesty is part of a wider clampdown on civil society groups that the government believes tarnishes its image. Last week New Delhi tightened restrictions on foreign-funded charities in its latest attempt to muzzle critics.

In June 2014, the government froze the bank accounts of Greenpeace, the environmental group, and barred one of its activists from flying to London to talk about a contentious coal-mining project. Although a court unfroze the Greenpeace accounts, authorities have repeatedly frozen them again, forcing the group into a cycle of legal battles to access its own funds. Last year, the CBI raided the residence and offices of prominent members of the non-profit Lawyers Collective, which had fought landmark legal battles over gay rights, access to life-saving drugs and other human rights issues.

The collective called the raid “nothing but a vicious means to humiliate, intimidate and silence its trustees . . . whose fierce independence and advocacy for human rights perturbs the political establishment of the day”. Indian authorities have raided Amnesty India’s offices twice in the past two years, and in 2018 denied the group access to its bank accounts. About 30 of Amnesty’s 100,000 Indian donors received income tax notifications linked to their support for the group. The directorate acted after Amnesty published two critical reports, one on conditions in the Muslim-majority Kashmir region, and another on the role played by New Delhi’s police in communal riots in February.

Amnesty found that Indian authorities had curbed basic civil freedoms in Kashmir, including restrictions on political figures, a media clampdown and limited access to the internet a year after New Delhi revoked the region’s political autonomy. In Delhi, Amnesty has accused local police of complicity in the violence that shook the city during US President Donald Trump’s visit. More than 50 people, mostly Muslims, died in the religious riots, the worst the capital had experienced in decades. Amnesty said that it had interviewed more than 50 witnesses and analysed reams of video evidence. It alleged that police failed to act to contain the violence, and some officers abused badly injured Muslim men in their custody. Some of those detained men died.

Disclaimer: Ban on Amnesty International India - Views expressed by writers in this section are their own and do not necessarily reflect Latheefarook.com point-of-view