Aims to conquer Bengal and gain foothold in Tamil Nadu 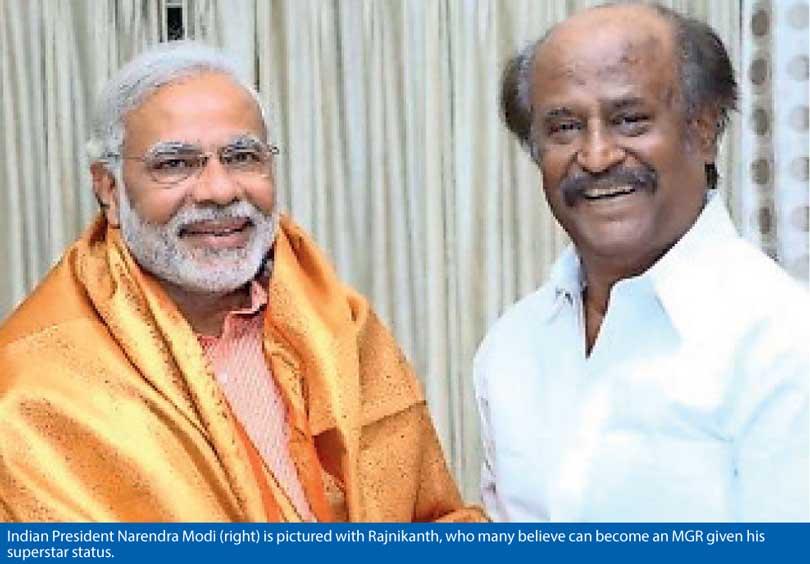 The Bharatiya Janata Party (BJP), the right wing Hindu nationalistic party, is entrenched in the Indian national parliament. Besides, it is the leading party in 13 of India’s 31 States and Union Territories. In four other units it is a junior partner in government. The BJP’s hold spans from Gujarat in the West to the North Eastern States like Nagaland, Mizoram, Manipur and Tripura. On the North-South axis, its hold stretches from Himachal Pradesh in the North to Karnataka in South India. It is rather like what the Congress was in the decades after independence in 1947.

While the BJP is poised to capture power in West Bengal from the Trinamool Congress (TC), it is hoping to get a foothold in the politics and governmental power in Tamil Nadu through an alliance with the ruling All India Anna Dravida Munnetra Kazhagam (AIADMK).

For long, West Bengal has been a bastion of Communist or Left of  Center secular parties like the Communist Party of India (Marxist), the Congress and the Trinamool Congress. And Tamil Nadu has been under  secular and Dravidian/Tamil nationalist parties like the Dravida Munnetra Kazhagam (DNK) and the AIADMK since 1967. Even the secular nationalist Congress has not been able to seize power in Tamil sub-nationalist Tamil Nadu.  But the scenario is changing in both West Bengal and Tamil Nadu.

In West Bengal, the Trinamool Congress government led by Mamata Banerjee has been in power for two terms and has little to show in terms of achievements in the second term. With the Congress and the CPI (M) governments having failed to rejuvenate West Bengal earlier,  the popular mood there appears to be to give the BJP a chance.

The fact that the BJP is entrenched in the powerful central government in New Delhi gives it added popular appeal and confidence to its cadres. The change in mood in West Bengal found concrete expression in the 2019 parliamentary elections in which the BJP captured 18 out of the 42 seats in West Bengal, securing 40.5% of the votes in more than 125 of the 294 State Assembly segments. This has given the BJP the strength to aim for more than 220 seats in the May 2021 State Assembly elections.

The BJP has activated and expanded the dormant Hindu-right wing constituency which had, in one form or the other, influenced major trends in Bengal’s politics, both before and after India’s independence in 1947. Due to Hind-Muslim differences, Bengal was divided into a Muslim East and Hindu West in 1905. It was re-united in 1911, but only to be divided on the same Hindu-Muslim lines in 1947 when Muslim East Bengal joined Muslim Pakistan and Hindu West Bengal remained with India.

After the failure of the Congress party’s secular all-India nationalism and the Trinamool Congress’ secular Bengali nationalism to deliver the goods, influential sections of the West Bengal socio-political elite called the “Bhadralok” have started strongly backing the BJP’s Hindu nationalism. In the process, the Muslim minority, which is 27% of the total population, is being isolated from the mainstream.

The age-old conflict between Bengali Hindus and Bengali Muslims has been resurrected. Hindu nationalists are campaigning for a Central government citizenship enumeration project and law which could designate many West Bengal Muslims as illegal immigrants from Muslim-majority neighboring Bangladesh. This happened earlier in Assam where 1.9 million people, mostly Bengali Muslims, were deemed “Stateless” as a result of a fresh enumeration in 2019.

In South India, the BJP is already entrenched in power in Karnataka. But the party  is still to make inroads into Tamil Nadu, Kerala, Telangana and Andhra Pradesh. However, the chances are not dim in Telengana where there is sizeable Muslim population, and also in Andhra Pradesh, where Hindu symbolism had been exploited in the past by leaders like  N.T.Rama Rao with good effect.

Recently, in the Hyderabad Municipal elections (in Telangana) the BJP came second after fighting the election on a Hindu-Muslim plank thanks to the rising power of the Majls-e-Ittehad ul-Muslimeen (MIM), a Muslim radical party.
However, the real challenge to the BJP lies in Tamil Nadu, which is steeped in Tamil nationalism and regionalism. But one of the two Tamil nationalist parties, the ruling AIADMK, has become weak both ideologically and politically, after the death of its plucky leader J.Jayalalithaa in 2016. This has enabled the BJP to forge (or rather ‘force’) an alliance on the AIADMK for the May 2021 State Assembly polls.

Given the absence of top leaders like Jayalalithaa and M.Karunanidhi of the DMK, (Karunanidhi died in 2018), the Tamil Nadu electoral field is open to new contestants. With a view to capturing the popular vote, the BJP has prevailed upon matinee idol Rajinikanth to start a party at the end of this year and contest the elections. Rajnikanth is a Hindu nationalist. He has also said that his party will be based on “spiritualism”. In alliance with the AIADMK on the one hand and with Rajinikanth in the political field on the other, the BJP hopes to enter the power structure and divert the Tamils from secular, ethno-linguistic Tamil nationalism in favor of the all-India Hindu nationalism of the BJP.

Even if the AIADMK loses, it is expected that its alliance with the BJP will remain, as the latter is in power in New Delhi. With a major regional party in its hands, the BJP can hope to turn Tamil Nadu away from regional ethno-nationalistic politics.

However, there are doubts about Rajinikanth’s delivering the goods. He is 70 years old and a kidney disease patient to boot. He has always been wary of entering politics though he has made faint bids several times since 1996. He would always back out. His organization is a fan club comprising people of various political persuasions and is not a homogeneous political unit.

However given his Super Star status, many feel that Rajinikanth can become an M.G.Ramachandran (MGR) the iconic political leader who was also a matinee idol. But the crucial difference between MGR and Rajinikanth is that while MGR had been in politics as a front runner in the DMK first before he founded the AIADMK in the 1970s, Rajinkanth has not been in politics at all.

And, as in the past, he could back out this time too. In his last press conference, he gave ample hints of that. Although he declared his “determination” to fight the coming elections, he kept referring to his delicate state of health and the doctors’ advice not to indulge in strenuous public activity. However, his entry into the field could take away some votes from the major parties and weaken them in the process. A split electorate will pave the way for the BJP to get a foothold in Tamil Nadu.

Disclaimer: BJP’s lofty goals for 2021 - Views expressed by writers in this section are their own and do not necessarily reflect Latheefarook.com point-of-view