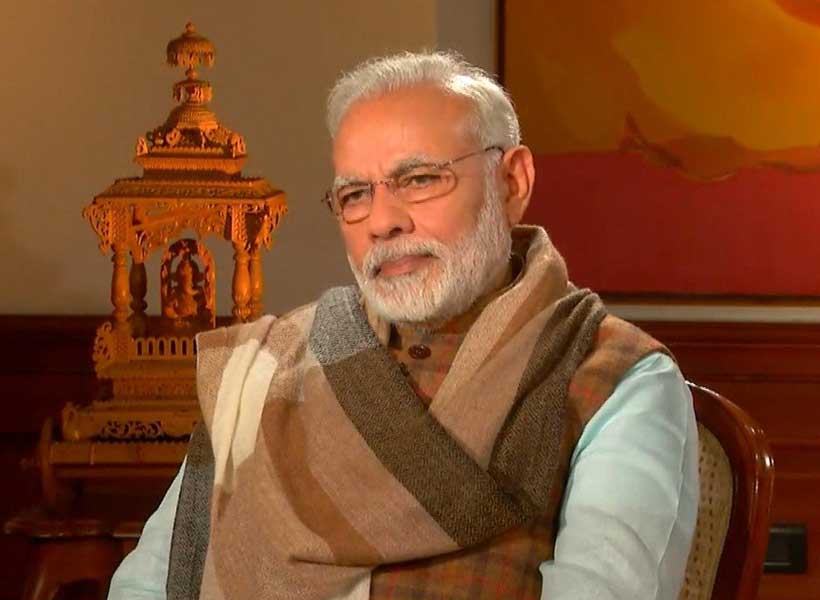 Prime Minister Narendra Modi has been pursuing an assertive and confrontational foreign policy. From carrying out ‘surgical strikes’ across the Line of control to unilaterally scrapping Kashmir’s special autonomy, Modi has shown that he has no aversion to undertaking bold actions. For the last seven years, he has essentially reshaped India’s foreign policy to match the brand of muscular nationalistic politics that he and his party have pursued for decades. In other words, like India’s domestic politics, its foreign policy has been (excuse the pun) Modi-fied. However, no other foreign policy position of the Modi government would be as consequential as his decision to align India with the Quad, a NATO-like strategic coalition centred on the Indo-pacific. By joining the alliance, Modi has removed the last Nehruvian pillar of New Delhi’s foreign policy: Non-alignment.

Following Independence, India’s first Prime Minister Jawaharlal Nehru crafted India’s foreign policy on the Principles of Anti-Imperialism and solidarity among the third world states recently broke free from the shackles of colonialism. Nehru was one of the founders of the Non-Aligned Movement along with Nasser and Sukarno. Despite being a comrade and disciple of Gandhi, Nehru was in no way a pacifist. He was not hesitant in using force to pursue Indian national interest wherever and whenever it was possible. Under Nehru’s leadership, India invaded and occupied Goa from the Portuguese. He also initiated India’s nuclear program. Nehru envisioned India as the hegemon of South Asia, which he believed was the country’s ‘manifest destiny’. He proposed a ‘Broad doctrine’ that hinged on the idea that New Delhi has an exclusive right to protect its national interests within its landmass and its periphery. In Nehru’s words, “any attempt by a foreign power to interfere in any way with India is a thing which India cannot tolerate, and which, subject to her strength, she will oppose.” However, this ‘Broad doctrine’ achieved maturity under Indira Gandhi, who pursued a policy of aggressive use of military force to deter external powers from interfering in South Asia. Her interventionist foreign policy led to the breakup of Pakistan and the creation of Bangladesh in 1971. Indira’s and later Rajiv Gandhi’s foreign policy revolved around keeping external powers at bay and maintaining Indian primacy in South Asia. New Delhi was so opposed to the idea of external powers gaining a foothold in South Asia that it intervened in Sri Lanka’s civil war out of fear that the United States might secure a naval base in the strategic port city of Trincomalee.

However, it seems that Narendra Modi has reversed India’s long-standing opposition to the presence of external powers in South Asia. New Delhi has openly backed a defence agreement between Maldives and United States. Among other things, it seeks to increase cooperation between the two countries. Though Indian officials have stressed that the agreement would not “impinge on India’s role as a ‘Net security provider’ in South Asia”, it begs the question: would such policy reversals have specific implications on the geopolitical status quo in South Asia? Have India conceded its role as the primary guarantor of security of South Asia to the United States?

It certainly seems that the Modi government has abandoned India’s ‘move alone’ policy. The concept of an alliance is becoming more and more attractive to Indian policy makers. This shift signals one crucial factor: India is no longer confident of its capabilities to resist the Chinese juggernaut’s inroads into South Asia. Beijing has established a significant presence in South Asia over the years. China is now the largest source of investments in all of India’s neighbouring countries. The BRI initiative has gained many tractions among South Asian countries. New Delhi is concerned that Beijing is strategically funding infrastructure projects which could be used for military purposes in future. The very fear of encirclement by China has led India to welcome more American engagements in South Asia. But what would be New Delhi’s role in this strategic arrangement? There is no doubt that New Delhi holds a central position in US indo-pacific strategy, but the power asymmetry between the two countries overwhelmingly favours Washington.

On 7 April, US Navy’s 7th fleet conducted a freedom of navigation operation (FONOP) without consulting with New Delhi. It is interesting to note that the US generally carries out such operations in the backyards of its rivals, like in the South China Sea or Black Sea. But conducting these operations in the Exclusive Economic Zone (EEZ) of an allied nation is unusual. This action indicates that Washington is unwilling to concede any space to India just for the sake of the alliance.

Historically, any partnership between a greater power and a lesser power had never been treated as ‘equal’. No matter what officials in New Delhi might believe, this is the conventional wisdom in Washington. Indo-US relations might have come a long way but, if such cooperation continues through the upcoming decades, the position of the lesser power, in this case, India, is bound to relegate to a role of a ‘junior partner’, and the United States is making no ambiguity in signaling it.

Disclaimer: Has Modi Conceded ‘South Asia’ to the United States? By Rubiat Saimum - Views expressed by writers in this section are their own and do not necessarily reflect Latheefarook.com point-of-view