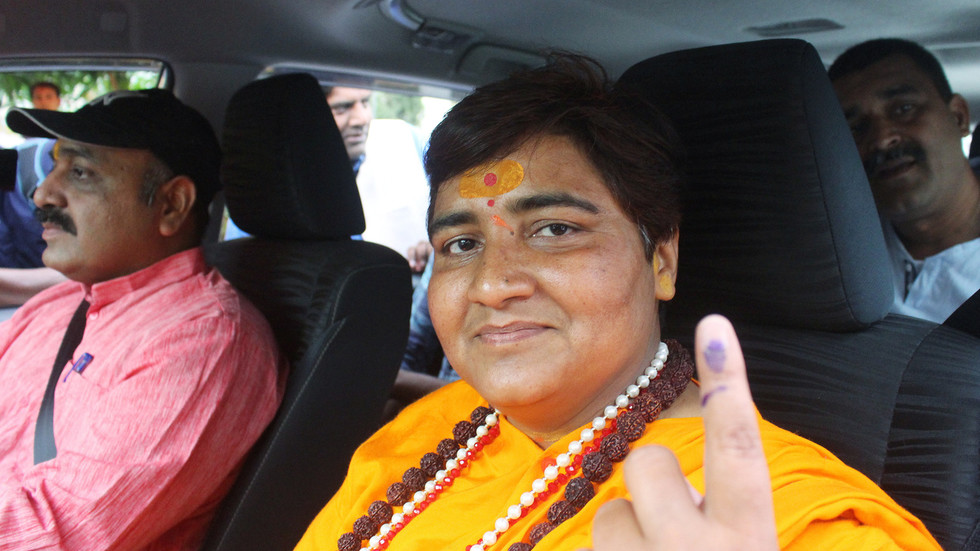 Pragya Singh Thakur in Bhopal, India, (FILE PHOTO) © REUTERS/Raj Patidar
An Indian MP has encouraged citizens to drink cow urine, like she does herself, to protect themselves against Covid-19 and lung infections, despite medical experts urging people not to use alternative treatments.

In a widely circulated video, believed to have been recorded on Monday, Pragya Singh Thakur, an MP from Bhopal, Madhya Pradesh, extolled the virtues of drinking cow urine.

“If we drink the urine of Indian cows, it reduces infection in our lungs,” Thakur said, adding “I drink cow urine every day. That is why I do not have Covid right now.”

The MP, who is a member of the Indian ruling BJP party, reportedly made the statement during a hospital visit in which she oversaw the delivery of 25 oxygen concentrators. She made the statement without a mask despite the prevalence of Covid-19.

Thakur had made headlines in recent weeks for reportedly going missing while her constituents fought a deadly wave of Covid-19.

In an equally bizarre episode earlier in May, BJP lawmaker Surendra Singh also urged people to drink cow urine. He stated that people should mix 50ml of cow urine with cold water and drink it daily to achieve “natural immunity” to the virus.

The lawmaker recorded himself preparing his recipe and drinking it. “People should remember god and do what older generations did to treat such things,” he said, questioning scientific progress against the virus.

Indian doctors have attempted to quash claims that the excrement of Hinduism’s holy animal is an effective alternative treatment for Covid-19. “There is no concrete scientific evidence that cow dung or urine work to boost immunity against Covid-19, it is based entirely on belief,” Dr JA Jayalal, national president at the Indian Medical Association, told Reuters last week.

“There are also health risks involved in smearing or consuming these products – other diseases can spread from the animal to humans,” he added.

ALSO ON RT.COMSmearing yourself in cow dung won’t cure Covid, Indian doctors warn, as country’s seven-day case rate hits new highOver the last month, India has faced a huge surge in Covid-19 cases. On Monday, authorities said that there were 281,386 cases over the past 24 hours, marking the first time daily infections had dropped 300,000 since April 21.

Disclaimer: ‘I drink cow urine every day. That is why I do not have Covid right now’ says Indian ruling party politician - Views expressed by writers in this section are their own and do not necessarily reflect Latheefarook.com point-of-view