Widespread condemnation of Uttar Pradesh police action against Muslim journalists for speaking out over assault on elderly man in Ghaziabad. 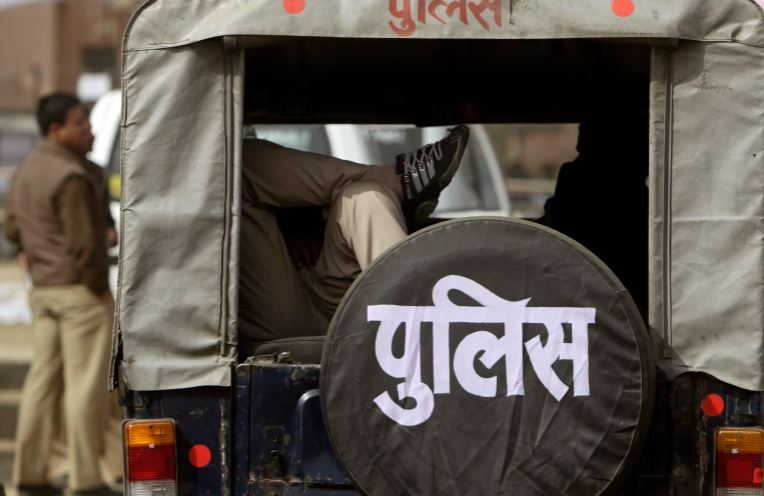 Several press bodies have condemned police in the northern Uttar Pradesh state for filing cases against journalists and a news portal for their tweets and reports on the attack of an elderly Muslim man earlier this month.

to answer allegations that it did not stop a video of the attack from going viral, charging the social media company with spreading “hate and enmity”.

Three members of the opposition Congress party – all Muslims – have also been booked for their tweets on the incident.

What happened in Ghaziabad?

On June 5, Abdul Samad Saifi, a 72-year-old resident of Uttar Pradesh’s Ghaziabad, an industrial town on the outskirts of capital New Delhi, was reportedly offered a ride in an autorickshaw by some men, taken to an isolated spot and allegedly beaten for hours as he crouched on a cot, squirming in pain.

In a two-minute video clip that was widely shared on social media, the men can also be seen cutting the elderly man’s beard with scissors.

But the Uttar Pradesh police denied the attack was motivated by religious hatred and said Saifi was beaten because he had sold the men an amulet that did not work.

Saifi’s family has contested the police claim and says it was a hate attack.

A police officer in Ghaziabad, on condition of anonymity, told Al Jazeera on Friday that nine people, including some Muslims, have been arrested so far while police were looking for two more suspects.

In its report, the police also said Naqvi, Ayyub and Zubair circulated the video of the incident on their Twitter handles “without checking and inquiring its veracity”.

Police said the journalists “gave the video a communal angle” and “intended to incite communal hatred between the religious communities and wanted to disturb the public order”.

In response, Ayyub, Naqvi and Zubair, in separate tweets, said their statements on the incident were based on the viral video and news reports filed by several journalists.

Naqvi said Ghaziabad police seemed to have “put forward a different version” and that she will “wait for the investigation to be completed before further comment”.

In a similar vein, Ayyub said she would wait for “the truth to prevail”.

‘Wanton use of laws to criminalise reporting’

But the police action against the journalists – all Muslims – has outraged press bodies across the world, who have demanded an immediate withdrawal of the FIRs against them.

In a statement on Thursday, the Editors Guild of India (EGI) said it “condemns the filing of the FIRs by the Uttar Pradesh government against The Wire and several journalists” for their tweets on the June 5 assault.

The EGI said the police case against journalists was a “wanton use of laws to criminalise reporting and dissent to harass independent media”.

“The Guild is deeply concerned by the UP [Uttar Pradesh] police’s track record of filing FIRs against journalists to deter them from reporting serious incidents without fear of reprisals,” it said.

The Committee to Protect Journalists, an independent, non-profit organisation that promotes press freedom worldwide, in a statement on Thursday said the Uttar Pradesh police must “withdraw their complaint immediately” and stop “harassing” journalists and news outlets.

“Indian authorities singling out journalists, some of whom are known for critical coverage of the ruling Bharatiya Janata Party, for sharing and commenting on a video looks suspiciously like selective law enforcement and amounts to a serious attack on press freedom,” said Steven Butler, CPJ’s Asia programme coordinator.

The International Press Institute (IPI) – a global network of editors, journalists and media executives defending press freedom – while demanding the withdrawal of the FIR said that “covering and sharing information on news events is not a crime”.

The International Women’s Media Foundation said journalists “must be able to do their jobs without fear of retaliation from authorities”.

Reporters Without Borders (RSF), another global non-profit with the stated aim of safeguarding the right to freedom of information, also called on the Uttar Pradesh police to immediately withdraw the “absurd” charges, including “criminal conspiracy”, that they brought against the three journalists for tweeting about the video.

RSF said that according to its research, each accused journalist faces a possible combined sentence of nine years and six months in prison.

“The accusation brought by the Uttar Pradesh police is based on absolutely no tangible element and clearly amounts to judicial harassment,” said Daniel Bastard, head of RSF’s Asia-Pacific desk.

“We urge Uttar Pradesh Chief Minister Yogi Adityanath to recover a semblance of credibility by ordering the immediate withdrawal of the charges against the journalists named in this absurd First Information Report.”

The Digipub News India Foundation – an association of more than 60 independent digital publications – urged the Uttar Pradesh police to “withdraw the case immediately and allow news publications to do their job without fear of reprisal”.

“The implications of this case go beyond those who have been accused here: the Uttar Pradesh Police is holding out a threat to those who report the voices of victims of crimes. It is attempting to create an atmosphere in which all journalists and news organisations will be dissuaded from reporting anything but the official version,” the Digipub statement said.

Pratik Sinha, co-founder of the fact-checking news website Alt News – Zubair’s employer – said his colleague was “being targeted” for reporting the victim’s version in the Ghaziabad case.

“The social media ‘influencers’ and trends singling out Zubair are a testimony to the impact he has. The Alt News team stands with Zubair,” he posted.

According to a report by RSF released in April, India ranks 142 on the World Press Freedom Index. It was ranked 133rd in 2016 – a reflection of the South Asian nation consistently sliding down the rankings.

The RSF report counted India among the nations classified “bad” for journalism and termed it as one of the most dangerous countries for journalists.

The Wire’s founding editor Siddharth Varadarajan told Al Jazeera the case against his portal was “an attempt to deter journalists and reporters from doing their jobs”.

“If you are making it a crime to report what the victim of a crime said on record about what happened to them, it means you want media to only carry what the police says or what the official version is, and that every other version, if you report, you are at risk of being prosecuted,” he said.

“If such an approach is being allowed, then journalism will become impossible in India.”

Disclaimer: Attack on Muslim man: India police charge journalists for tweets By Bilal Kuchay - Views expressed by writers in this section are their own and do not necessarily reflect Latheefarook.com point-of-view