West Bengal Chief Minister Mamata Banerjee has hit back at the Centre over bureaucrat Alapan Bandopadhyay’s central deputation. Mamata Banerjee said the central government was behaving like ‘Hitler’ and ‘Stalin’. 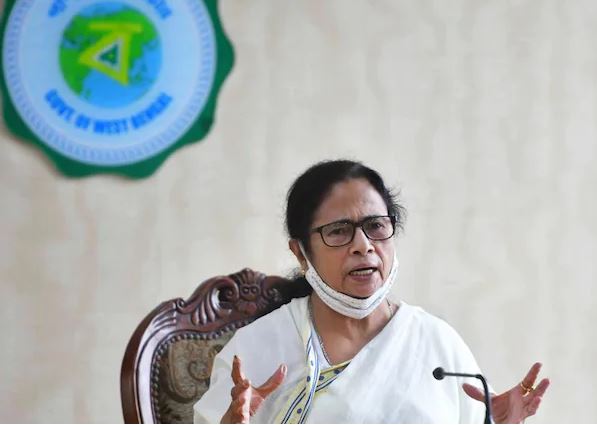 West Bengal Chief Minister Mamata Banerjee on Monday upped her ante against the central government saying it was “behaving like Adolf Hitler and Stalin”, the two former leaders from Germany and USSR (Russia) respectively, known for their dictatorial regime.

Mamata Banerjee made these remarks at a press conference in Kolkata after granting the retirement request of Alapan Bandopadhyay, the West Benghal chief secretary who became a flash point for fresh tussle between the Centre and the Trinamool Congress government in the state.

West Bengal’s top bureaucrat, Bandopadhyay was subsequently appointed special advisor to Mamata Banerjee for a tenure of three years. Hari Krishna Dwivedi, an IAS officer of the 1988-batch, was appointed as the West Bengal chief secretary.

Mamata Banerjee said Union Law Minister Ravi Shankar Prasad “is out of law”. The statement was in reference to the extension of Alapan Bandopadhyay’s tenure and subsequent central deputation.

“The purpose of extension of service is not served,” Mamata Banerjee said about the letter issued to the now former chief secretary of West Bengal.

She said, “This is a great blunder of the central government. This is a vendetta. They [Centre] want to bulldoze the federal structure.”

Terming the order as “unilateral’, Mamata Banerjee said no prior consultation was held with the West Bengal government in this regard.

“If a chief secretary of a state can be asked to be relieved like this, how can the lower bureaucracy take, obey and implement orders in their letter or spirit from the chief minister, other ministers and officers,” Mamata Banerjee said.

Bandyopadhyay, a 1987-batch IAS officer of West Bengal cadre, was originally slated to retire on Monday. He was granted a three-month extension in light of his handling of the Covid-19 pandemic.

However, in a surprise move, the Centre on May 28 asked him to report to New Delhi at 10 am on Monday.

Disclaimer: Centre behaving like 'Hitler, Stalin': Mamata Banerjee on chief secretary row - Views expressed by writers in this section are their own and do not necessarily reflect Latheefarook.com point-of-view