A devastating second wave of coronavirus in India has seen hospitals and crematoriums overwhelmed and widespread shortages of oxygen and medicines.

Here’s a visual guide to what is happening and what the authorities are doing about it.

There have been record numbers of cases and deaths

Case numbers and deaths in India are continuing to rise fast, fuelled by a new variant.

The country recorded the world’s highest single-day total on Thursday. 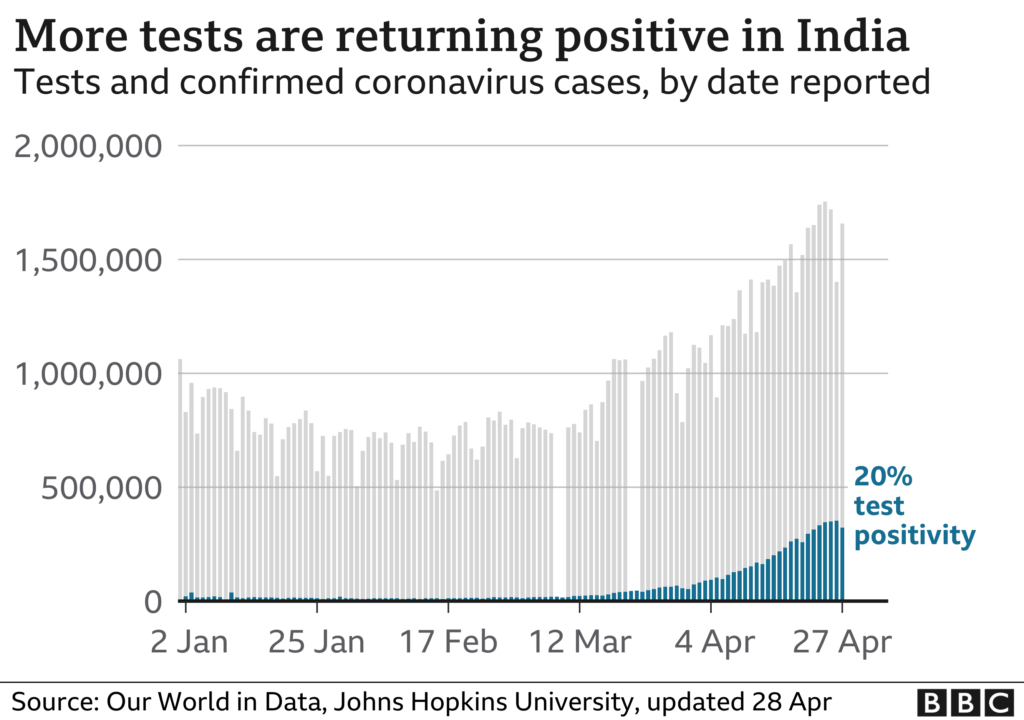 But the true numbers of cases and deaths are likely to be higher than the numbers provided by authorities, with many people avoiding testing or struggling to access it. Many deaths in rural areas also go unregistered.

Testing is increasing, but so too are the number of positive results. 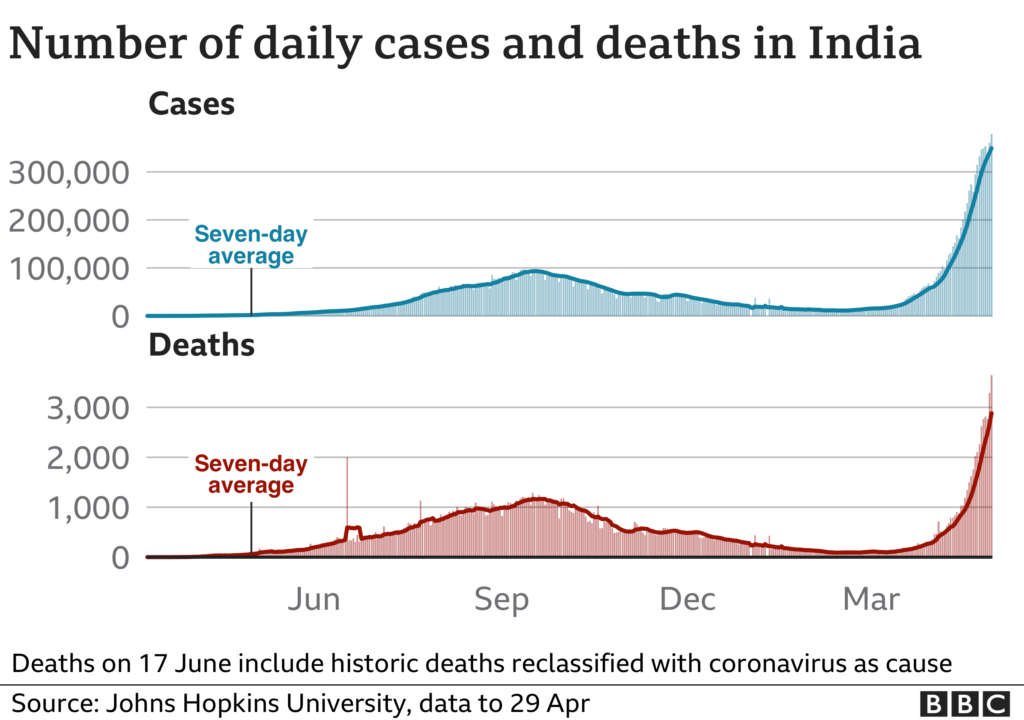 Last year, the World Health Organization recommended countries needed to get the positive test rate below 5% for at least two weeks before considering easing restrictions. The rate in India is now around 20%.

A high percentage of positive tests suggests high infection rates and the likelihood of many more people in the community with coronavirus undetected, according to Johns Hopkins University.

In total, India has confirmed more than 18 million infections and 200,000 deaths. Virologists say they expect the rate of infections to continue to increase for another two to three weeks.

The country has a chronic shortage of space on its intensive care wards, with many patients’ families forced to drive for miles to try to find a bed for their loved one.

In Delhi – a region of about 20 million people – hospitals are full and are turning away new patients.

Doctors have described how people are dying on the streets outside hospitals as the country struggles to cope.

Disclaimer: Covid-19 in India: Cases, deaths and oxygen supply By The Visual and Data Journalism Team - Views expressed by writers in this section are their own and do not necessarily reflect Latheefarook.com point-of-view