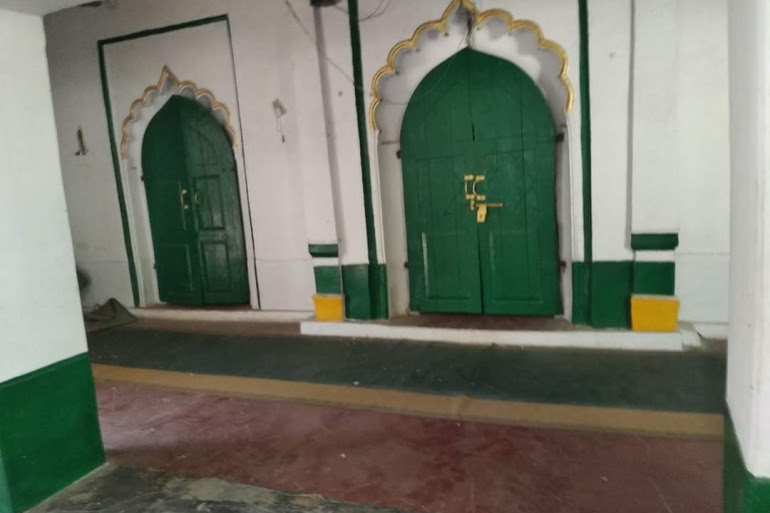 Officials in India’s northern state of Uttar Pradesh have allegedly bulldozed an old mosque, triggering anger and anguish among the Muslim minority, with a prominent community organisation saying it will approach the high court over the matter.

The Ghareeb Nawaz Al Maroof Mosque, which residents in the state’s Barabanki district say was nearly 100 years old, was demolished on Monday evening by the local administration after hundreds of policemen surrounded the area and halted the movement of people to prevent any protest.

Since 2017, Uttar Pradesh – India’s most populous state with nearly 220 million residents, almost one-fifth of them Muslim – is governed by the Hindu nationalist Bharatiya Janata Party (BJP), with a controversial saffron-robed monk Yogi Adityanath, known for his anti-Muslim hate speech, as the state’s chief minister.

On Tuesday, the Uttar Pradesh Sunni Central Waqf Board, a Muslim body that looks after mosques and other community assets in the state, condemned the demolition and said it was done in defiance of a court order to halt demolitions of alleged “illegal structures” until May 31 in view of the coronavirus pandemic. 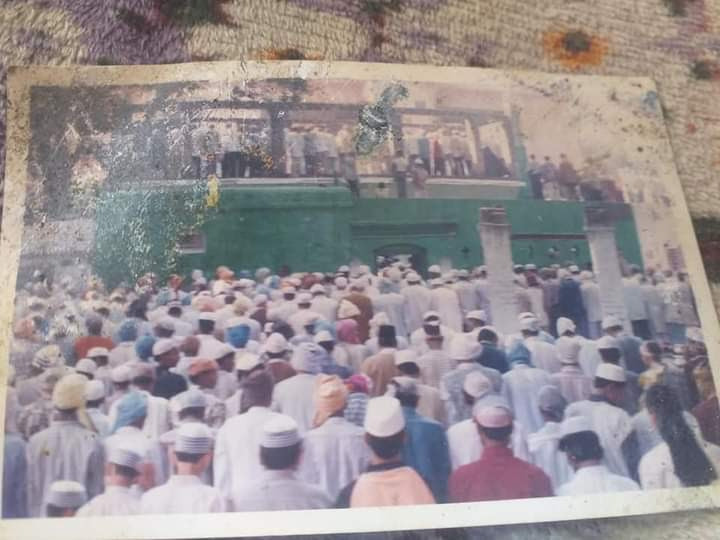 A photograph showing Muslims praying at the mosque in Barabanki [Courtesy: Syed Farooq Ahmad]In a statement, the board termed the act an “illegal and high-handed action of the administration” and said it will seek judicial remedy.

“This act is against the law, misuse of power and utter violation of clear orders passed by the high court. We will immediately approach the high court demanding restoration of the mosque, high-level judicial inquiry and action against the guilty officers,” the board’s chairman Zufar Ahmad Faruqi said.

In another statement, Maulana Khalid Saifullah Rehmani, general secretary of the All India Muslim Personal Law Board (AIMPLB), said the demolition was undertaken “without any legal justification”.

‘People did not utter a word’

Syed Farooq Ahmad, a 28-year-old law student and social activist based in Uttar Pradesh, told Al Jazeera the administration had barred prayers in the mosque for the past month.

“On March 15 this year, the administration sent a show-cause notice to the mosque committee, mentioning a high court order that illegal religious constructions are to be demolished that cause traffic disruption,” Ahmad said.

Residents alleged the debris of the mosque was dumped in a river nearby [Courtesy: Syed Farooq Ahmad]According to Ahmad, the identification number of the plot of land mentioned in the show-cause notice did not belong to the mosque. He claimed the mosque was more than 100 feet away from the road and did not disrupt any traffic.

“The mosque committee filed a counter reply with all the facts but that was not considered or taken on the record,” he said.

Earlier, a press note issued by the district administration said an “illegal residential complex” was built in front of the residence of a government official and “the concerned parties” were sent a notice. The note claimed that as soon as the notice was served, the people residing in the residential complex in question fled the premises.

Debris of the mosque lying at the side of a road in Barabanki [Courtesy: Syed Farooq Ahmad]But the local residents say the administration began building a wall to barricade the entrance of the mosque on March 19, leading to protests in which many were beaten and even arrested.

“People who opposed them were beaten and detained. They were charged under different cases to scare them,” said Ahmad. “They arrested nearly 30 people. The Muslims in the locality were terrorised and many fled.”

After the Muslims were “completely silenced”, as Ahmad put it, the whole area around the mosque was circled by police on Monday, all movement halted and the mosque demolished in the evening, its debris thrown in a river nearby.

Hindu-majority India has a long history of disputes over religious structures, mainly the ones built during Mughal rule from the 16th century to the early 19th century. Most of these structures are in Uttar Pradesh state.

Barely 100km (62 miles) from Barabanki lies the town of Ayodhya, where a 16th-century mosque was demolished in 1992 by right-wing Hindus who claimed the structure stood at the exact place where Lord Ram, a Hindu deity, was born.

The demolition of Babri Mosque catapulted the BJP – until then a marginal party – to political prominence, despite some of its leaders charged with hatching a conspiracy to take down the mosque.

In November 2019, India’s Supreme Court handed over the disputed site in Ayodhya to Hindu claimants, allowing the construction of a Ram temple under the government’s supervision.

In August last year, as the COVID-19 pandemic raged across India, Prime Minister Narendra Modi flew down to Ayodhya and performed the ground-breaking ceremony for the new temple, planned to be inaugurated before the 2024 national elections.

In April this year, a court in Varanasi – also Modi’s parliamentary constituency – passed an order related to a dispute over a centuries-old mosque and a temple situated next to each other in a case reminiscent of the Ayodhya dispute.

The court’s decision followed petitions filed by Hindu right-wing groups which claimed that Mughal Emperor Aurangzeb demolished a portion of the Vishwanath temple to build the Gyanvapi Mosque in the 17th century.

Maulana Abdul Mustafa, the head leader of Barabanki district, said the Ghareeb Nawaz Al Maroof Mosque in Barabanki was built during British rule and that the area’s Muslims are hurt by its demolition.

“It (the mosque) is in the revenue records, it was all legal. People prayed in it for decades,” he told Al Jazeera. “This is an oppression of Muslims. Our religious sentiments have been wounded. Those who demolished it should be held accountable.”

Disclaimer: India: Century-old mosque razed in defiance of court order - Views expressed by writers in this section are their own and do not necessarily reflect Latheefarook.com point-of-view