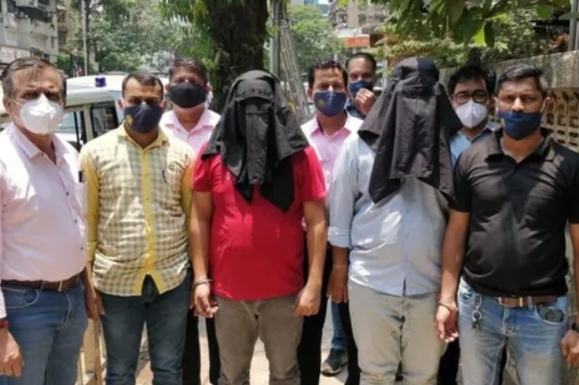 So the latest report of uranium being sold and smuggled out of India is not new. Why the international community has chosen to turn a blind eye and why the IAEA has deliberately ignored these continuing episodes of Uranium theft and smuggling incidents are serious questions that need to be raised on all relevant forums. With this terrible track record, the Nuclear Suppliers Group (NSG) should not even begin to consider India for membership till its nuclear safety record can be visibly improved.

Nor is this all – in terms of problems related to India’s nuclear development. The Indian state’s proliferation record is equally poor. While Pakistan has been and continues to be pilloried ad nauseum over the Dr A Q Khan episode, the silence over the Indian state’s massive proliferation record reveals the hypocrisy and duality of approach of the international community on the entire nuclear issue.

It does not surprise one because Israel’s nuclear capability and any discussion on Israel’s nuclear programme has been kept strictly out of all international agendas on nuclear proliferation and nuclear weapons including in the IAEA. Why states like Pakistan do not raise this is what is inexplicable.

India’s proliferation record as a state: On March 10, 2006, Albright and Basu of the Institute for Science and International Security wrote that the ISIS had “uncovered a well-developed, active, and secret Indian programme to outfit its uranium enrichment programme and circumvent other countries’ export control efforts.” Also, according to them, India leaked out sensitive nuclear technology in order to procure material for its nuclear programme.

Even before these revelations, India’s proliferation record was highly suspect. It had a strategic relationship with Iraq, which included nuclear cooperation going back to the first Indian nuclear test in 1974, as highlighted in a document of the Washington, DC-based Institute for Science and International Security (ISIS). It was in 1974 that Saddam flew into India specifically to sign a nuclear cooperation agreement with the Indira Gandhi government. This agreement included exchange of scientists, training and technology transfers. Iraqi scientists were working in India’s fuel reprocessing laboratories when India separated the plutonium for its first nuclear explosive device.

Later, those same Iraqi scientists were in charge of the nuclear fuel reprocessing unit supplied to Iraq by the Italian company, CNEN. This was followed by an Indian scientist spending a year at the Iraqi Atomic Energy Commission’s computer centre training Iraqis in the use of nuclear computer codes. So it was hardly surprising to find Iraq supporting India’s nuclear tests. The Ba’ath Party’s newspaper, ‘Al-Thawra’, declared, “We cannot see how anyone can ask India not to develop nuclear weapons and its long-range missiles at a time it is like any other big state with its human and scientific potential.” (ISIS Brief, May 28, 1998).

Also, in May 1998, a Baghdad weekly, owned by Saddam Hussein’s eldest son Uday, announced that India had agreed to enroll several groups of Iraqi engineers “in advanced technological courses” scheduled for mid-July. The field of training was left unspecified.

An Indian company, NEC Engineers Private Ltd, is believed to have helped Iraq to acquire equipment and materials “capable of being used for the production of chemicals for mass destruction,” according to a CNN report of January 26, 2003. The company also sent technical personnel to Iraq, including to the Fallujah II chemical plant. Between 1998 and 2001, NEC Engineers Private Ltd shipped 10 consignments of highly sensitive equipment, including titanium vessels and centrifugal pumps to Iraq.

India also had a nuclear cooperation agreement with Iran, signed in February 1975. It began helping in the completion of the Bushehr plant between 1980 and 1983, including the sending of nuclear scientists and engineers to Iran in November 1982. In 1991, despite US opposition, India negotiated the sale of a 10 MW nuclear reactor to Iran and Dr Prasad worked in Bushehr after he retired in July 2000 as head of the Nuclear Corporation of India. Another Indian, Narander Singh, also worked on Iran’s nuclear programme. That is why, in February 2004, Iran’s top nuclear negotiator, Hasan Rowhani, visited New Delhi for talks with the Indian prime minister.

And this is not all, in terms of Weapons of Mass Destruction (WMD) proliferation. In 1992, India supplied thiodiglycol and other chemicals also to Iran and, in 1993, 30 tonnes of trimethyl-phosphite was supplied to Iran by United Phosphorus of India. It is also known that an Indian company exported chemicals to Iraq for Saddam’s missile programme and a director of that company, Hans Raj Shiv was under arrest in New Delhi.

Despite these public nuclear and other WMD proliferation revelations about the state of India, the US has continued to press for India’s membership of the Nuclear Suppliers Group. The discovery of India’s chemical weapons stash was another mark of rogue behaviour by the Indian state on the issue of WMD, revealed when India had to finally confess and destroy its chemical weapons after the Convention on Chemical Weapons came into force.

The special treatment meted out to India and Israel on WMD reflects the discriminatory approach towards the entire issue of nuclear weapons proliferation. Clearly for many Western states it is not the issue of preventing proliferation but of denying certain states nuclear status – and these states happen to be primarily Muslim states. Therein lies the entire crux of the proliferation issue.

The writer is the federal minister for human rights.

Disclaimer: India’s nuclear recklessness — Part II - Views expressed by writers in this section are their own and do not necessarily reflect Latheefarook.com point-of-view