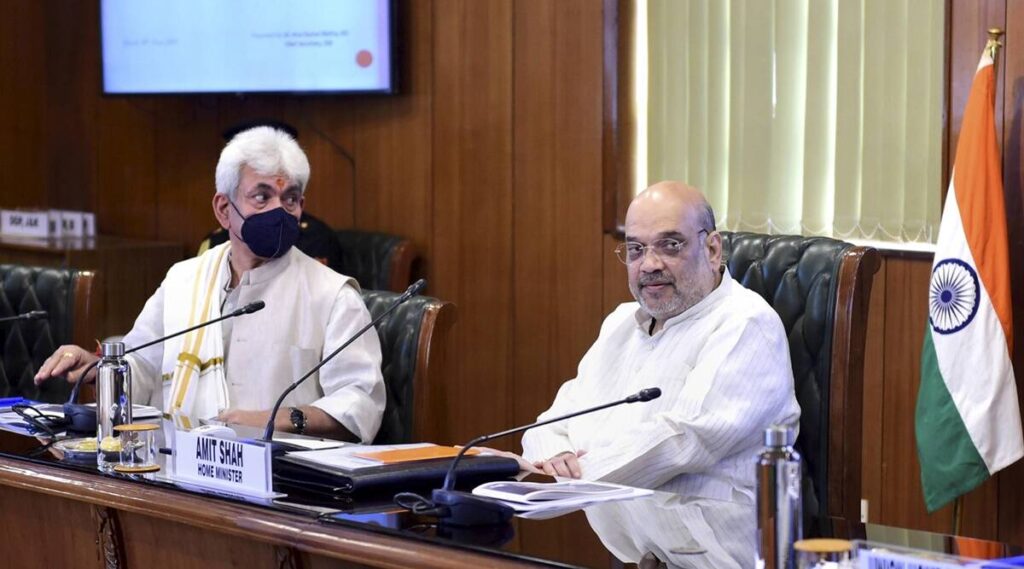 In what could be a renewed — and more substantive — push to the political process in Jammu and Kashmir after the District Development Council (DDC) elections, the Central government has reached out to mainstream parties in the Valley for a meeting next week to discuss the delimitation exercise or the process of redrawing constituencies in the Union Territory.

This could mark the first step towards conducting Assembly elections.

People’s Democratic Party (PDP) President Mehbooba Mufti Friday confirmed to The Indian Express that she had received a call to join a meeting with the “top leadership” in New Delhi on June 24. But it was not confirmed if all members of the mainstream coalition — the People’s Alliance for Gupkar Declaration (PAGD) — would join the meeting, she said.

Just eight days ago, in what were the first signs of forward political movement, National Conference President and PAGD Chairperson Farooq Abdullah had said they were open to talks with the Centre. “We have not closed any doors or options… If they invite us, then we will decide at that time,” he had said after a meeting of the PAGD on June 10.

Sources in the J&K administration said the Delimitation Commission had written to Deputy Commissioners of all 20 districts last Tuesday seeking fresh information on several aspects including population density and topography in all the districts and Assembly constituencies. “Almost all districts have provided the information,” the source said.

The Commission, set up on March 6, 2020, had on March 3 this year received a one-year extension.

The Commission, chaired by Retired Justice Ranjana Prakash Desai, had last met on February 18 this year. Of the five Associate Members in the Commission, only two — Jitendra Singh, Minister of State and MP and Jugal Kishore Singh, MP — attended the meeting. The remaining three, Farooq Abdullah, Mohammad Akbar Lone and Hasnain Masoodi, all MPs of National Conference, did not attend.

So far, the National Conference had stayed away from the consultative process of the Delimitation Commission.

But the PAGD meeting on June 9 after a gap of over six months was to arrive at some kind of broad understanding on the way forward. During a discussion on participation in talks if offered by the Centre, PDP’s Mehbooba Mufti is learnt to have said she would not take a “maximalist approach”.

Sources in the security establishment had earlier this week told The Indian Express that “feelers have been sent to political parties in J&K to hold discussions” before the process of delimitation moves forward across J&K.

A source in the Central government said, “Things have settled down in Kashmir. Developmental works are in progress. Security situation is under control. It is only fair to reach out to political parties. I can confirm that such a move (Prime Minister entertaining an all-party delegation from Kashmir in Delhi) is quite likely.”

Sources in the government said Assembly elections, as and when they happen, will not be a surprise. “Yes, it is likely the process may be hastened and it may be achieved by the end of 2021. But in any case it will happen only after the Delimitation Commission submits its report,” the source said.

Meanwhile, Union Home Minister Amit Shah Friday held two high-level meetings concerning issues related to development and security of Jammu and Kashmir. He issued several directions which included expanding the coverage of MGNREGA, setting up an agri industry in every district, and strengthening of security and intelligence apparatus in the Union Territory.

Both meetings were attended by Lieutenant Governor of Jammu and Kashmir Manoj Sinha and Union Home Secretary Ajay Bhalla among other officials. The meeting on security was also attended by National Security Advisor Ajit Doval and chiefs of IB, RAW, CRPF and J&K Police.

In the meeting, the Union Home Minister dealt with a host of issues including generation of employment for local people, increase in farmers’ income, schemes under PM’s development package for the region, refugees from Pakistan-occupied Kashmir and West Pakistan, and power projects.

Disclaimer: Since split, first key political move: Centre calls all-party meet on J&K delimitation - Views expressed by writers in this section are their own and do not necessarily reflect Latheefarook.com point-of-view