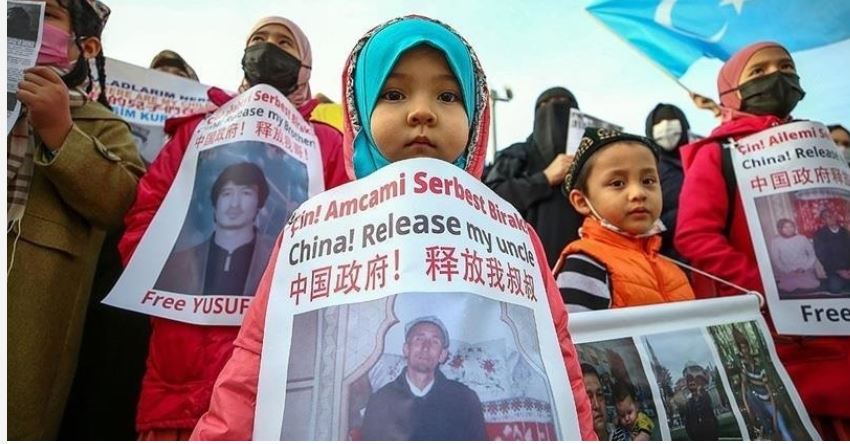 Ankara: At least 12 major Japanese companies are mulling to cut their business ties with Chinese firms as the global pressure over allegations of forced labor involving ethnic Uighurs is yielding results.

A Kyodo News investigation found that several companies in Japan are mulling to end their business relations with Chinese companies over the issue, while at least 12 major companies are “ceasing business deals.”

China is accused of persecuting ethnic Uighurs, who are mostly Muslims, in the northwestern Xinjiang region, an issue which has drawn sharp criticism from Western capitals and Muslim leaders. The US and UK have sanctioned and restricted trade with many Chinese companies accused of using Uighur services by coercion.

“Pressure has been mounting on Japanese firms to take action over such human rights abuses in the supply chain,” the report said.

It added that the Japanese government has been “passive in addressing the issue due to fears of provoking China.”

The investigation followed a report last year by the Australian Strategic Policy Institute which found over 80 global companies “directly or indirectly benefiting from the use of Uighur workers outside Xinjiang through abusive labor transfer programs.”

Japanese firms told Kyodo News that they will “cease or consider ceasing business with business partners found to be using forced labor.”

However, many others said they were unable to confirm the charges.

Japan’s Toshiba Corp. has decided to terminate business with its Chinese partner by the end of the year, said Kyodo.

Disclaimer: Japanese companies mull to cut ties with China over persecution of Uighur Muslims - Views expressed by writers in this section are their own and do not necessarily reflect Latheefarook.com point-of-view