The inaction of developed countries could cost us the world, writes Robert Sandford.

Monsoon flooding has occurred often in Pakistan but never to the catastrophic extent presently happening.

A distinguishing feature of this disaster is that no one blames the flooding’s unprecedented intensity and destructiveness on anything but climate heating. The clear link between the warming atmosphere and the frequency and duration of extreme weather events of this scale should not be lost on the rest of the world.

Pakistan’s monsoon-related flooding in 2010 and 2011 was blamed by several observers on land-use changes that had altered natural drainage patterns, with some commenting that Pakistan and other countries most at risk from climate disruption were also the most dysfunctional.

Five years later, however, researchers discerned the fingerprints of climate change all over those floods, which killed 2,500 people, displaced 27 million and caused economic losses estimated at $7.4 billion, setting back Pakistan’s development severely.

Climate science confirmed that global warming was accelerating the global hydrological cycle and causing the loss of its relative stability and natural variability — “hydrological stationarity” — on which we had come to depend.

Simple atmospheric science tells us that warmer air holds more water, about 7 percent more per degree Celsius or about 4 percent per degree Fahrenheit.

In addition, satellite sensing has enabled us to recognize the existence and dynamics of atmospheric rivers — corridors of intense winds and moist air measured at 400-500 kilometres across and thousands of kilometres long.

These atmospheric rivers can carry the equivalent of 10 times the average daily discharge of North America’s massive St. Lawrence River. 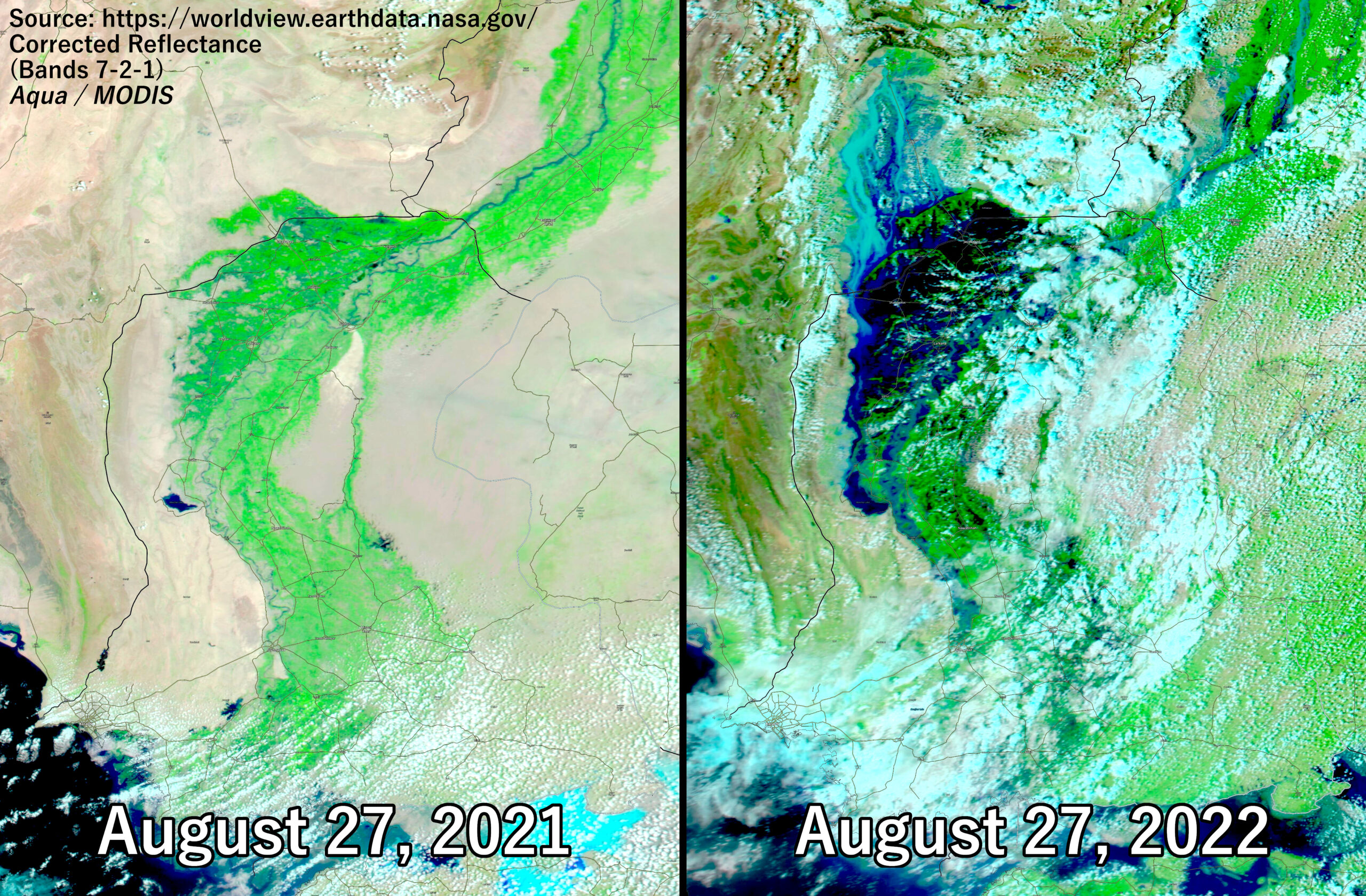 And when they touch down, they can cause rainfall of never-before-imagined intensity and duration, as experienced not just by Pakistan, but in highly developed countries including Australia, Canada and elsewhere.

As this is written, a third of Pakistan is under water, at least 1,000 people are known to be dead, at least a million homes have been destroyed and 33 million people have become climate refugees.

So just how much more intense was this year’s supercharged monsoon in Pakistan? In July, 2010, a record 257 millimetres of rain was recorded in one day. This year, Karachi recorded more than 400 millimetres in under 24 hours.

Some 680 millimetres fell in Sindh Province, more than five times the average, with similar records set elsewhere. And it is not over.

It doesn’t take much imagination to know what a flood disaster would look like if 400 or 500 or 600 millimetres fell on any part of the world in just 24 hours.

And it is not just the behaviour of the monsoon that is changing. Weather patterns in Pakistan are increasingly unpredictable. This year, for example, the country essentially went from winter conditions directly into the intense heat of summer, which in much of Pakistan can mean temperatures of up to 50°C, more often now for weeks at a time.

The cumulative and compound effects of this year’s whipsawing heat waves and hitherto unimaginable monsoon flooding have left the country on its heels.

Government officials argue that Pakistan is unfairly bearing the consequences of irresponsible environmental practices elsewhere. Yes, they admit that corruption, unenforced building codes and rebuilding in known floodplains have had an impact on the country’s vulnerability, as they have in earlier floods.

Flooded village in Matiari, in the Sindh province of Pakistan. (UNICEF/Asad Zaidi)

But Pakistan, they note, is responsible for barely 1 percent of the global greenhouse emissions causing the climate change that is so clearly responsible for ferociously more powerful monsoons. In Pakistan’s view, the world should pay to restore the country.

Several observers now hold that accelerated warming will weaken several developing world states until they are incapable of effective action.

What we learn from Pakistan is that in a warmer climate, mega-storms are not just possible but inevitable, and they could happen as frequently as every 10 years. We simply cannot afford the infrastructure damage, economic disruption and human suffering that will surely accompany disasters of such greater magnitude. We have to see that, unless we act, that is what is coming.

And yet developed countries are effectively getting nowhere in terms of climate action. That failure could cost us the world.

Even just 1.1°C of warming is already causing a cascade of impacts which together are beginning to take a big economic toll. The cost of inaction is now clearly greater than the cost of climate action. And climate change is just starting to kick in.

To prevent even greater disasters from happening, to save nations like Pakistan, we have to slow and halt climate change, developed countries must lead the way, and we need to do it now.

Robert Sandford holds the Global Water Futures Chair in Water and Climate Security at the United Nations University Institute for Water, Environment and Health, based at McMaster University, Hamilton, Canada.

This article is from Inter Press Service.

Disclaimer: Pakistan’s Climate Catastrophe - Views expressed by writers in this section are their own and do not necessarily reflect Latheefarook.com point-of-view