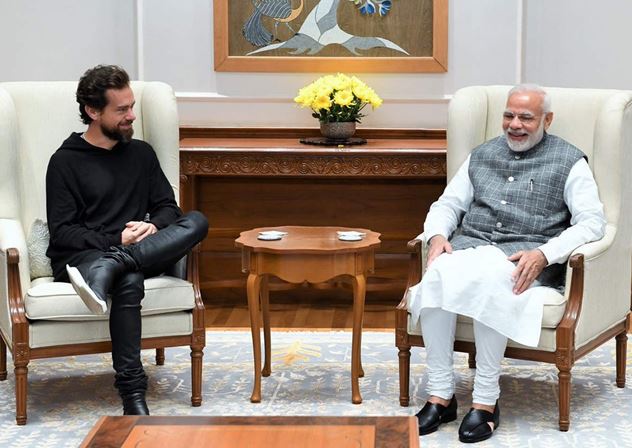 Twitter CEO Jack Dorsey, who on 10 May 2021 announced a $2.5 million donation to Sewa International, must have missed journalist Neha Dixit’s viral tweet, published a week earlier, urging Non-Resident Indians (NRIs) not to support the controversial nonprofit organization because “they work as the welfare wing of RSS.”

As COVID-19 ravages India, Sewa International recently announced its plan to raise $10 million for medical equipment to support the country’s struggle against the virus. Meanwhile, Indian Prime Minister Narendra Modi — a member of the Rashtriya Swayamsevak Sangh (RSS), the paramilitary which gave birth to the ruling Hindu nationalist Bharatiya Janata Party — faces scathing international criticism for his regime’s apparent indifference to and outrageous mishandling of the COVID crisis.

Yet, just weeks after Modi’s regime ordered Twitter to censor tweets critical of his pandemic policy, the social media giant now, ironically, plans to pour millions into the coffers of an RSS-BJP affiliate which has been accused of funneling international funding to “racist and anti-Muslim” groups in India.

“I am satisfied that Sewa International is a front for controversial militant Hindu organisations,” said British Lord Adam Patel in August 2002. As a patron of the nonprofit, Patel had helped it raise relief funds for victims of a 2001 earthquake in Gujarat. Yet he resigned in disgust — “I very much regret ever having been part of this racist organisation,” he declared — after an earthquake of a different nature shook Gujarat immediately after Modi became chief minister of the state in February 2002.

The 2002 Gujarat Pogrom left thousands of Muslims dead. The RSS-BJP, reported Human Rights Watch, were “the groups most directly responsible” for the violence. The RSS, explained UK human rights outfit Awaaz South Asia Watch, follows a “supremacist ideology called Hindutva” which was “formed in the 1920s and 1930s,” was “influenced by Fascism and Nazism,” and teaches that India should be an “exclusive Hindu nation-state.” In a 2004 exposé, Awaaz claimed that Sewa International’s “main purpose is to raise funds for and support a distinct family of organizations associated with the extremist RSS.”

Madhukar Deoras, third chief of the RSS, founded Sewa Bharati in 1989 as a service — or welfare — wing of the paramilitary. Sewa International was subsequently launched, states the nonprofit’s website, “to engage the Indian Diaspora (NRI) worldwide.” The US branch — the recipient of Twitter’s largesse — was registered in 2003 to, it says, to serve as part of the “larger movement that started in India in 1989” under Deoras. “Rashtriya Sewa Bhar[a]ti and Sewa International both are part of the same non-profit organisation affiliated to RSS,” explained right-wing Indian media outlet OpIndia in May 2021. “While Rashtriya Sewa Bhar[a]ti operates nationally, Sewa International has volunteers working both in the US and India, coordinating the work of raising funds.”

According to Awaaz, both organizations “are dedicated to building a Hindu nation based on Hindu extremist ideas, glorifying the RSS, recruiting for the RSS and expanding RSS physical and ideological training cells (shakhas) in India.”

Sewa International, reported historians Walter Andersen and Shridhar Damle, is “managed mainly” by “activists” of the Hindu Swayamsevak Sangh (HSS), the international wing of the RSS. Outside of India, the nonprofit is chaired by Ramesh Bhutada. An industrialist based in Houston, Texas, Bhutada also serves as vice-president of HSS-USA and has worked closely with Overseas Friends of the BJP USA (OFBJP-USA) — the American wing of the BJP, which is now registered as a foreign agent — to help get Modi elected in 2014.

Sewa International’s board also includes HSS Global Coordinator Saumitra Gokhale. In 1995, while in India, Gokhale reportedly served as a pracharak (full-time officer) of the RSS. In 2012, he and Bhutada helped host RSS’s Suresh Joshi — who recently retired as the paramilitary’s second-in-command — on a six-week tour of HSS shakhas in the US. “For our activities outside of Bharat [India], the source of inspiration remains the Rashtriya Swayamsevak Sangh,” he later said at a presentation in California.

In July 2020, Gokhale gave the concluding remarks at a Sewa International conference where Arun Kankani was announced as the nonprofit’s new president. Kankani — an employee of Bhutada’s Star Pipe Products — has a long track record of involvement with the RSS-affiliated family of organizations known as the Sangh Parivar. In 2010, for instance, he joined a Houston delegation to attend an HSS-RSS summit in India; in 2019, he keynoted an HSS conference in Houston.

When Kankani became president of Sewa International, the nonprofit suggested it was because he had proved his worth serving as head of operations for the team that organized the September 2019 “Howdy Modi” mega-reception in Houston. Bhutada and several members of his close family also took a leading role in organizing the controversial event, as did Sewa International (Houston) President Gitesh Desai.

In January 2014, Desai introduced Bhutada at an OFBJP-USA event organized to support Modi’s election. “To make a strong India, Narendra Modi and the BJP are the right vehicles,” said Bhutada. Detailing plans to organize up to 10,000 volunteers in the US to campaign for Modi, he described how he was coordinating closely with BJP in India. One of those volunteers was Desai himself, who joined a team of so-called “volunteers turned political warriors” to travel from Texas to India to serve as boots on the ground for Modi. In parting remarks to the political warriors, Bhutada told them it was “the moment to pay our debt to our motherland.”

After Modi won in May 2014, Bhutada argued that his “upbringing in the culture of RSS is an asset” and praised his “RSS training” as the reason for his success. When Modi won re-election in May 2019, Bhutada and Desai both spoke in his honor at a victory party in Houston. “There is no leader better than Prime Minister Narendra Modi ji with vision and mission to lead India in the 21st century,” declared Desai.

Sewa’s leadership — aside from Desai, Kankani, Gokhale, and Bhutada — also includes at least a half-dozen directors and advisors who are apparently either HSS executives in the US or long-time activists with the RSS in India or both.

Advisor Yashwant Pathak is a former RSS pracharak who has been described as a joint coordinator for HSS. Honorary board member Radheshyam Dwivedi, who reportedly joined the RSS in 1947, is a former president of HSS-USA. Both Pathak and Dwivedi have regularly spoken at RSS summits alongside senior Sangh Parivar leadership. Manohar Shinde, a director, has been described as “an RSS-trained man who was one of the founders of the HSS” and reportedly maintains close ties to the BJP regime in India.

Sewa International’s sentiments towards the Hindu supremacist paramilitary are no secret.

Its sympathies were further exposed when, in 2017, the nonprofit opened its annual report with a glowing commemoration of the late RSS pracharak K Suryanarayan Rao. Praising the 70-year veteran of the RSS (who died in November 2016) as “a visionary,” the report explained that Rao was both inspired by the vision of first RSS chief, KB Hedgewar, as well as “deeply influenced by the ideological, philosophical and spiritual stance” of second RSS chief, MS Golwalkar.

The RSS’s “cardinal principle,” Rao once said, is the belief that India is a Hindu Rashtra (nation). “It is our life breath,” he proclaimed. “RSS is convinced that only when every person in this country realises that he is after all part and parcel of this Hindu Rashtra, this nation can progress, standing up as one man.”

Rao’s vision mirrored Golwalkar’s. The vision Golwalkar spoke of, however, explicitly included an India where minorities were stripped of citizenship if they refused to glorify it as a Hindu nation. Golwalkar, the longest-serving and most notorious of the six chiefs the RSS has had to date, was inspired and influenced by Hitler’s Germany and Mussolini’s Italy. Describing non-Hindus in India as “threats,” “foreign,” and even traitorous, he suggested they should be stripped of citizenship. Praising Hitler’s “purging” of the Jews as “race pride manifested at its highest,” he concluded that the Nazi dictator’s racial policy was a “good lesson” from which to profit.

Nearly 100 years after the RSS’s founding in 1925, its political wing, the BJP, is now attempting to weather a public relations crisis alongside the raging healthcare crisis; yet the RSS-BJP, no stranger to controversy, refuses to miss the chance to turn the situation to its advantage even as COVID tears across India.

In March 2020, India’s first lockdown extinguished the pressure of mounting protests against the regime’s Citizenship Amendment Act; now, as the regime loses control of the virus, it has diverted growing international pressure away from the ongoing farmers protest. Meanwhile, as local administrations empower the RSS by partnering with it for COVID relief efforts, the paramilitary’s members have gotten special passes and sometimes even police powers. Furthermore, when Sewa International gets showcased as a role model relief organization, the Sangh Parivar as a whole reaps huge public relations dividends — especially as the organization is granted global legitimacy in the form of, for example, a multi-million dollar donation from Twitter.

As Twitter offers millions to Sewa International despite its links to a violent, Hindu nationalist, and literally Nazi-inspired paramilitary, humanitarians everywhere can only hope that Jack Dorsey might be persuaded to listen to reason and reconsider financing the welfare wing of the RSS.

Disclaimer: Twitter Gives Millions to “Welfare Wing” of India’s RSS Paramilitary - Views expressed by writers in this section are their own and do not necessarily reflect Latheefarook.com point-of-view