Skip to content
EUROPE AND USA
Spread the love
Several hundred unmarked graves believed to include the burial sites of indigenous children from a Catholic residential school have been found in Canada, a First Nation in Saskatchewan province has said.

The graves were found in a cemetery at the former Marieval Indian Residential School in Saskatchewan province, which borders the US to the south. The Catholic institution operated for almost a century from 1899 to 1997, as part of a Canadian school system created to assimilate indigenous children into Christian Euro-Canadian society.

Last month, the remains of 215 children, some as young as three years of age, were discovered at a similar burial site near former school grounds in the province of British Columbia.

The Federation of Sovereign Indigenous First Nations (FSIN) and the Cowessess First Nation, who revealed the disturbing finding, said ground-penetrating radar had been used to locate unmarked graves. At a news conference on Thursday, Cowessess Chief Cadmus Delorme said research teams had registered 751 “recorded hits” in their scans of the site, but that each grave could contain more than one set of remains, and further technical examinations would be carried out.

“There are oral stories that there are adults in this gravesite, as well,” Delorme added.

Earlier, local political leaders called on the Catholic Church to release its records relating to the schools and its students. “We need to work alongside the communities that continue to search the residential school sites and make sure we find all of these unmarked graves,” politician Ryan Meili said in a CBC interview. 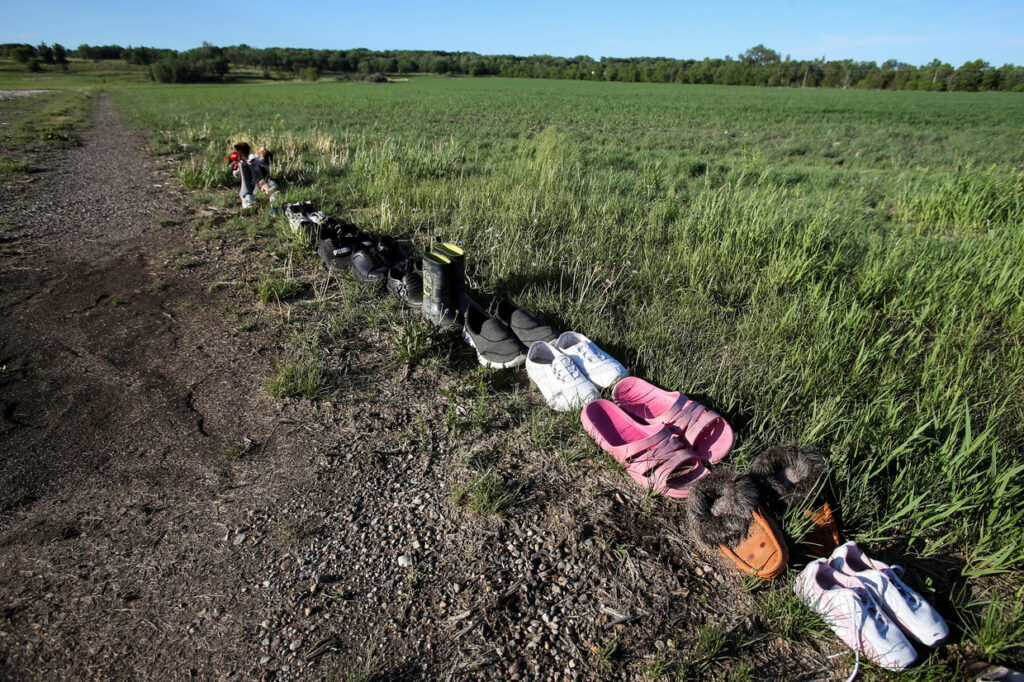 The indigenous school system was funded by the Canadian government and run by the Catholic Church, and operated until the late 1990s. There were nearly 140 such institutions around the country, with an enrollment of some 150,000 Aboriginal children who had been forcibly taken from their families to be taught a new language, culture, and religion.

Severe and widespread abuses have been reported at those schools. A Truth and Reconciliation Commission set up to investigate the schools concluded in 2008 that the system, together with the government’s overall assimilation policy, “can best be described as ‘cultural genocide’.”

“His name was Bryan… I want to know where Bryan is,” he added, saying he never saw the boy again after that night. One former student revealed “rape” and “violent beatings” as the harsh new reality for indigenous children separated from their families and sent to the institutions. “During my time at Marieval Indian Residential School I had a young friend that was dragged off one night screaming,” Barry Kennedy recalled while speaking to CBC.

The Canadian government has acknowledged the wrongdoings of the abusive school system, and in 2008 it formally apologized to the nation’s indigenous people for “failing them so profoundly.”

Canada’s indigenous services minister, Marc Miller, recently called for a formal apology from the Pope for the Catholic Church’s role in the abusive residential schools, echoing a request made by Prime Minister Justin Trudeau directly to the pontiff back in 2017.

Disclaimer: 751 unmarked graves found near former Catholic residential school in Canada, indigenous group reveals - Views expressed by writers in this section are their own and do not necessarily reflect Latheefarook.com point-of-view