Majority of MPs rejected boycotting Israel, with Labour MP Catherine McKinnell saying sanctions would not ‘bring the prospect of a two-state solution any closer’ 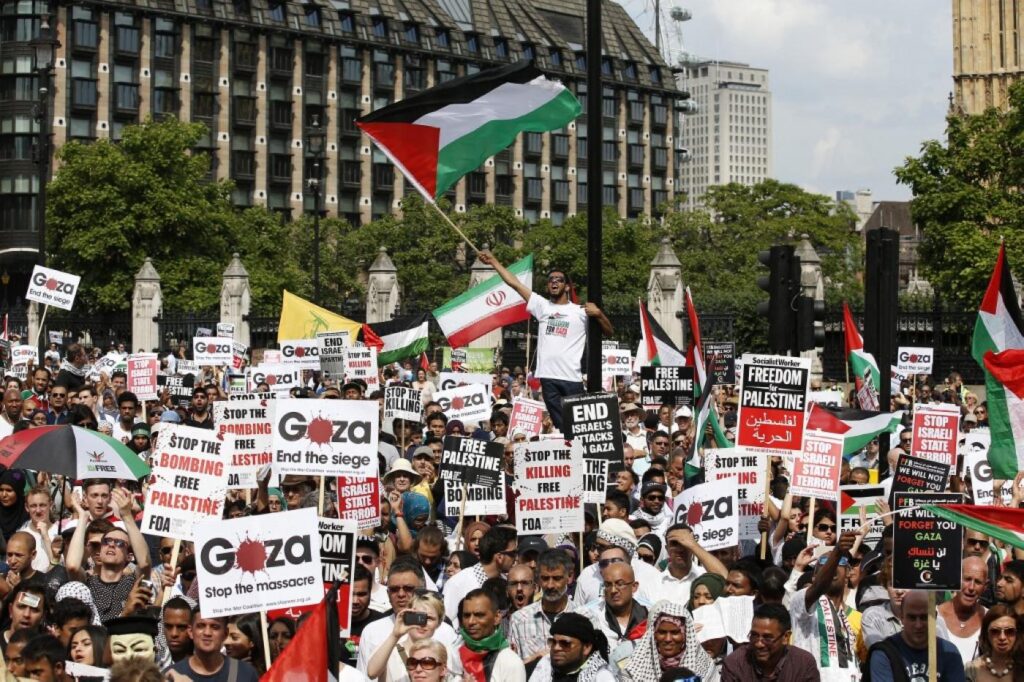 British MPs on Monday debated whether to implement two petitions that call for economic sanctions against Israel and for the UK government to recognise the state of Palestine.

The petitions garnered well over 100,000 signatures each, triggering a parliamentary debate as mandated by British law.

While a number of politicians, from both sides of the aisle, called for the recognition of the state of Palestine in order to push the two-state solution, the majority of MPs rejected any idea of boycotting or sanctioning Israel.

“I share the deeply held concerns for the plight of the Palestinian people,” said Labour’s Catherine McKinnell, who chaired the debate.

“However, I don’t believe that sweeping sanctions of the kind proposed by the second petition would bring the prospect of a two-state solution any closer.”

The petition on sanctioning Israel currently has over 386,000 signatures and calls on the government to block all trade with Israel over its “disproportionate treatment of Palestinians”, and specifically calls on blocking the trade of arms to the country.

Labour’s Naz Shah said she had a message for Israel and the new prime minister, Naftali Bennett. She said that “the world is waking up to Israel’s actions, and all those who want to see lasting peace in the region know that to achieve such peace we must end the occupation, injustice and oppression.

“This starts with recognising a viable Palestinian state,” she said, adding that she would push for Israel to be tried at the International Court for war crimes “if any more Palestinian blood is unjustly spilled”.

However, James Cleverly, the UK’s minister for the Middle East and North Africa, said the government was both opposed to any boycotts or sanctions against Israel and was also opposed to the recognition of a sovereign Palestinian state, saying that the UK would recognise one when it “best serves the object of peace”.

The petitions come just weeks after Israel’s May bombardment of the Gaza Strip killed 248 Palestinians, including 66 children, and wounded nearly 2,000 others.

The aerial campaign, coupled with Israel’s attempts to forcibly displace Palestinian families from their homes in occupied East Jerusalem’s Sheikh Jarrah neighbourhood, garnered widespread condemnation from US lawmakers to regional leaders, and sparked massive pro-Palestinian demonstrations in cities across the world.

It also prompted calls to cut ties with or boycott Israel over its treatment of Palestinians.

More than 600 musicians signed an open letter last month pledging to boycott Israel, and hundreds of employees from Amazon, Google and Apple have called on the big tech companies to support Palestinian rights and cut ties with Israel’s military and intelligence agencies.

Disclaimer: UK MPs debate petitions calling for sanctions on Israel, Palestinian statehood - Views expressed by writers in this section are their own and do not necessarily reflect Latheefarook.com point-of-view