Skip to content
International UK
Spread the love
King Charles III, pictured on 19 November 2021, next to the ‘mahmal’, the palanquin formerly used to transport the ‘kiswah’, the cover that engulfs the Kaaba, during a visit to Egypt’s Alexandria (AFP)
The king, who once studied Arabic to better understand the Quran, has long spoken about Islamic history and theology

In 1996, the grand mufti of Cyprus, shockingly, accused Charles III – the new British king – of secretly being a Muslim.

“Did you know that Prince Charles has converted to Islam. Yes, yes. He is a Muslim. I can’t say more. But it happened in Turkey. Oh, yes, he converted all right,” the late Nazim Al-Haqqani said.

“When you get home check on how often he travels to Turkey. You’ll find that your future king is a Muslim.”

Charles, who became the new monarch last week following the death of his mother Queen Elizabeth II, aged 96, is not a secret Muslim – but his admiration and knowledge of the Islamic faith is well documented.

The 73-year-old, who is now the head of the Church of England, has made several speeches whilst king-in-waiting on theological and historical subjects related to Muslims and Islam.

He even once revealed that he had been learning Arabic in order to understand the Quran better – a fact praised by Cambridge Central Mosque’s imam last week during a sermon.

Middle East Eye takes a look at some of Charles III’s most significant references to Islam over the decades.

The environment and natural world

In a 1996 speech entitled “A Sense of the Sacred: Building Bridges Between Islam and the West”, he suggested that an appreciation of Islamic views on natural order would “help us in the West to rethink, and for the better, our practical stewardship of man and his environment”.

Charles elaborated on those views in a 2010 speech at the Oxford Centre for Islamic Studies, which he has been a patron of since 1993. 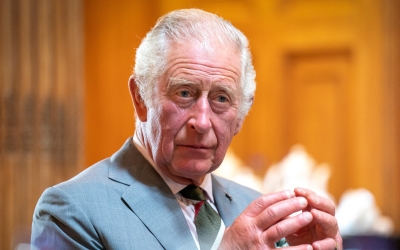 Charles III: How the new king became the most pro-Islam monarch in British history

“From what I know of [Islam’s] core teachings and commentaries, the important principle we must keep in mind is that there are limits to the abundance of nature,” he said.

“These are not arbitrary limits, they are the limits imposed by God and, as such, if my understanding of the Quran is correct, Muslims are commanded not to transgress them.”

He later describes Islam as possessing “one of the greatest treasuries of accumulated wisdom and spiritual knowledge available to humanity” – a tradition he said was obscured by a drive towards “western materialism”.

“The inconvenient truth is that we share this planet with the rest of creation for a very good reason – and that is, we cannot exist on our own without the intricately balanced web of life around us.

“Islam has always taught this and to ignore that lesson is to default on our contract with Creation.”

He went on to mention examples of Islamic urban planning through the centuries, including irrigation systems in Spain 1,200 years ago, as examples of how “prophetic teachings” maintained long-term resource planning in favour of “short-term economics”.

Indeed, Charles III’s garden in his Gloucestershire home is inspired by Islamic traditions and plants mentioned in the Quran.

In 2006, during a visit to Al-Azhar University in Egypt’s Cairo, King Charles criticised the publication of Danish cartoons a year earlier which mocked the Prophet Muhammad.

“The true mark of a civilised society is the respect it pays to minorities and to strangers,” he said. “The recent ghastly strife and anger over the Danish cartoons shows the danger that comes of our failure to listen and to respect what is precious and sacred to others.”

It wasn’t the first time the former prince reportedly contributed to a debate on Islam and freedom of speech in the West.

In 2014, author Martin Amis told Vanity Fair that he had argued with Charles over his apparent refusal to support Salman Rushdie after a fatwa was issued against him following the publication of The Satanic Verses.

Iran’s Ayatollah Khomeini declared a fatwa against Rushdie, whose 1989 novel was accused of insulting Islam.

Amis claimed that Charles told him that he would not offer support “if someone insults someone else’s deepest convictions”.

Following the publication of the book, Rushdie’s Norwegian publisher was shot, his Italian translator was stabbed and his Japanese editor was murdered.

Rushdie himself was severely injured last month after being repeatedly stabbed at a public appearance in New York.

Islam and the West

Charles has spoken of the need for those in the West to better understand Islam, particularly during a much-cited October 1993 speech.

“If there is much misunderstanding in the West about the nature of Islam, there is also much ignorance about the debt our own culture and civilisation owe to the Islamic world. It is a failure which stems, I think, from the straitjacket of history which we have inherited,” he said at the Oxford Centre for Islamic Studies almost three decades ago.

He said that Islam had “preserved a metaphysical and unified view of ourselves and the world around us”, which the West had lost following the scientific revolution.

He also called on people to resist the temptation to associate extremism with Islam.

“The vast majority of Muslims, though personally pious, are moderate in their politics. Theirs is the ‘religion of the middle way’. The Prophet himself always disliked and feared extremism.”

In a 2013 speech to the World Islamic Economic Forum in London, Charles III displayed detailed knowledge of Islamic finance, and the benefits he believed it could bring to global financial markets.

“It is surely a good idea to explore how the spirit inherent in the ‘moral economy’ of Islam could enable a just and ethical approach towards the management of systemic risk in economics, in business and finance,” he said.

‘It is surely a good idea to explore how the spirit inherent in the “moral economy” of Islam could enable a just and ethical approach towards the management of systemic risk in economics, in business and finance’

“The way risk-sharing, implicit in musharaka, works, for example, with lenders sharing the borrower’s risk, and the notion of mudharabah, the sharing of profit.

“This is very different from the way that conventional finance transfers the risk quickly and frequently onto someone else with profit going just one way.”

He went on to use the Islamic concept of riba (usury) to make a comment on the equitability of natural resource consumption.

“I suspect that if the strict injunction of the Quran against riba were to be applied to the economic system that prevails at the moment, then the debt we have effectively incurred for future generations by the depletion of the Earth’s natural capital would surely be found to be usurious and profoundly unacceptable,” he said.

“This is why financial and business organisations that keep to the principles embedded within Islam could be helpful in forging a more ethical approach that leads to equitable outcomes.”

Muslim influence on the world

Charles III has frequently remarked on the contribution of Muslims to science, art and academia.

“We need to remember that we in the West are in debt to the scholars of Islam, for it was thanks to them that during the Dark Ages in Europe the treasures of classical learning were kept alive,” he said at Al-Azhar University in 2006.

Three years earlier, at the Markfield Institute for Higher Education in Leicestershire, he commented on Islam’s contribution to mathematics.

“Anyone who doubts the contribution of Islam and Muslims to the European Renaissance should, as an exercise, try to do some simple arithmetic using Roman numerals.

“Thank goodness for Arabic numerals and the concept of zero introduced into European thought by Muslim mathematicians!”

In his famous 1993 speech, he spoke of women’s rights advances in Muslim countries preceding that of some in the West.

“Islamic countries like Turkey, Egypt and Syria gave women the vote as early as Europe did its women and much earlier than in Switzerland! In those countries women have long enjoyed equal pay, and the opportunity to play a full working role in their societies.”

Disclaimer: King Charles III: Five things the new British monarch said about Islam and Muslims - Views expressed by writers in this section are their own and do not necessarily reflect Latheefarook.com point-of-view