United States President Joe Biden, a hard core Zionist who often said that one need not be a Jew to be a Zionist, undertook a three day visit to Middle East between July 13 and 16. He loves Israel and this was his tenth visit to Israel

The journey also took him to Israeli occupied Palestine territories and Saudi Arabia where he attended a summit of Arab despots, US stooges, to form an alliance aimed at military strikes on Iran to destroy its nuclear facilities.

Israel rolled out red carpet for Biden, ‘one of it’s best-ever friends’ as, on his arrival, Biden described the connection between the US and Israel as “bone-deep”.

Palestinian political analysts said Biden had two main goals ; to integrate Israel in the region by forming an alliance, a Middle East “NATO” ,that includes Israel, Saudi Arabia, Abu Dhabi , Bahrain, Oman, Kuwait Qatar, Egypt, Jordan and Iraq to curb the Iranian and to curb the economic repercussions resulting from the war in Ukraine.

However, the Palestinian issue was completely ignored as Biden’s visit puts US interests and Israel over the legitimate Palestinians rights and regional security.

Therefore his visit was a deep disappointment to brutalized and oppressed Palestinians who look to U.S. to press Israel into restarting peace talks which collapsed over a decade ago leaving millions of Palestinians living under Israeli military rule.

Attending a reception to him by Palestine Authority at Bethlehem, West Bank, Biden said the “ground is not ripe” for restarting peace talks between Israel and the Palestinians. Perhaps he is waiting for an auspicious time which will never come in view of US-Europe blind support to Israel and protecting from all its crimes.

Dismissing Israeli atrocities and barbarities on Palestinians, Biden said that the world “cannot wait” for a peace agreement and steps need to be taken to improve the lives of Palestinian people. He announced $316 million financial assistance for the Palestinians. Perhaps part of this would go to Swiss accounts of Palestine Authority which has become a stooge implementing the evil agendas of Israel against Palestinians.

A brave Palestinian nurse told Biden that “what we need is our basic rights, justice and dignity”
Biden’s trip to the West Bank was met with bitterness among Palestinians who fear being further undermined by the Abraham Accords, a diplomatic vehicle for Arab nations to normalize relations with Israel despite its continuing occupation and atrocities.

Under the circumstance the Palestinian goal of an independent state in east Jerusalem, the West Bank and Gaza — territories Israel seized in the 1967 Mideast war — appears more distant than ever.

Israel is expanding settlements in annexed east Jerusalem and the West Bank, which are now home to some 700,000 Jewish settlers. The Palestinian view the settlements — many of which resemble sprawling suburbs — as the main obstacle to peace, because they carve up the land on which a Palestinian state would be established. Most of the world considers them illegal.

Well-known human rights groups have concluded that Israel’s seemingly permanent control over millions of Palestinians amounts to apartheid. One of those groups, Israel’s own B’Tselem, hung banners in the West Bank that were visible from the presidential motorcade.

Hamas spokesman Jihad Taha said: “Biden’s visit aims to liquidate the Palestinian cause, reactivate the American role in the Middle East, as well as the formation of new alliances in the region.”

Hours before Biden was set to become the first U.S. leader to fly directly from Israel to the kingdom, Saudi announced it’s “the decision to open its airspace for all air carriers

It signaled the end of Saudi’s longstanding ban on Israeli flights overflying its territory — an incremental step toward the normalization of relations between Saudi Arabia and Israel that builds on the strong, but informal ties with the so called foes have developed in recent years over their shared concerns about Iran’s growing influence in the region.

Biden hailed the decision as an important step to “help build momentum toward Israel’s further integration into the region.”

This visit, a practical embodiment of the unlimited American support and blatant bias towards the occupation, forms a cover for Israel’s crimes of murder, displacement, racial discrimination, colonial settlement, and Judaization against our Palestinian land, people, and Islamic and Christian sanctities.

The purpose of the Middle NATO is to destroy Iran and its nuclear facilities in the same way US-Europe-Israel and their Arab collaborators who now form the Middle East NATO destroyed Iraq and killed more than a million of innocent Iraqis.

Israel wanted to destroy any Arab country which constitutes a threat to its dream to be the super power in the region with divided Arab world with weak rulers depending on US for its survival.

It ws as part of this strategy that US-Europe and Israel destroyed Iraq, Syria and Libya and turned Egypt into a satellite state with Saudi UAE and Kuwaiti conspiracies against the democratically elected President Mohamed Morsy’s government…

Today the only threat that Israel faces is Iran and its nuclear facility. So Iran need to be destroyed in the same way Iraq, Syria and Libya were destroyed,

The Arab despots who attended the Jeddah summit last week collaborated and even financed the destruction of these three countries and killing millions of Muslims there. Saudi Arabia alone spent more than 70 billion dollars to support US-Israeli war on Iraq.

Thus so called Middle East NATO is yet another conspiracy against Iran and the irony is the Gulf tyrants find it difficult to realize the dangers involved in antagonizing Iran-their immediate and giant neighbor.

Addressing the regional summit in Saudi Arabia attended by despots from six Gulf States, Egypt, Jordan and Iraq, Biden repeated the US commitment to ensuring Iran never gets a nuclear weapon.

Saudi Arabia has been marked by his campaign promise to turn it into a “pariah,” as well as to release an intelligence report implicating the crown prince in the murder of Washington Post and Middle East Eye columnist Jamal Khashoggi.

Saudi Arabian activists and dissidents have lambasted the trip, saying they feel betrayed by the Biden administration who promised to hold Saudi Arabia responsible for human rights abuses.

It appears US and Israel are preparing for another against Iran and destroy its nuclear facilities, ensure Israel’s safety and supremacy and slaughter millions of Iranians. 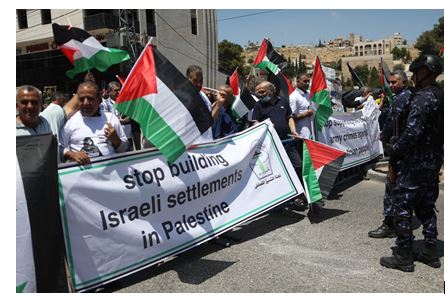 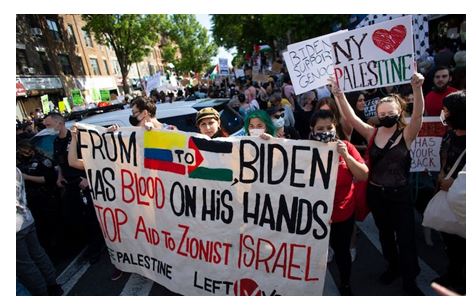 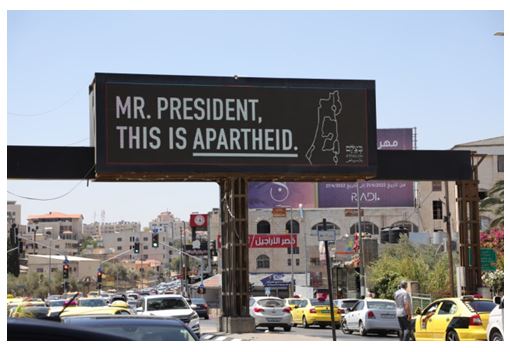 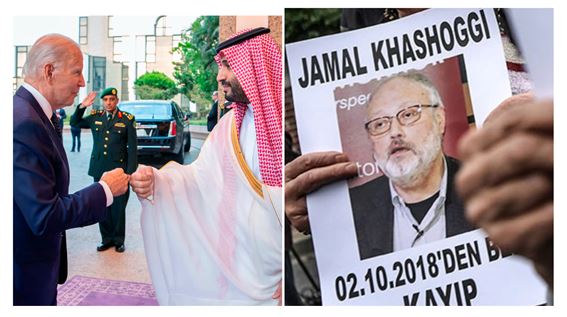 Biden began his visit to Saudi Arabia by giving Crown Prince Mohammed bin Salman a fist bump as Washington looks to reset its relationship with a country that the U.S. president once pledged to make a “pariah” on the global stage

Help integrate Israel with Arab despots and form anti Iran alliance - Views expressed by writers in this section are their own and do not necessarily reflect Latheefarook.com point-of-view