Former Israeli Prime Minister Benjamin Netanyahu, a war criminal soaked in Palestinian blood and misery, was elected to power together with virulent ultra-nationa lists in the 25th Knesset elections held early this month.

This victory for ultra-nationalists who want tougher crackdowns on Palestinians
comes at a time Palestinians are surging anew. The victory of the “worst of the worst in Israeli politics would kill any talk of a two-state solution.
Commenting on the election results commentator Jean Shaoul of WSWS said seventy-five years after the UN vote to establish a homeland for the Jews on part of the Palestinian land administered under the British Mandate, Benjamin Netanyahu is set to form a government composed of the most reactionary forces in the country, including the fascistic and racist Religious Zionism Party, now the third largest party in the 120-seat Knesset
Israeli newspaper Haaretz said victory of extremist Kahanist is a “black day” for the occupation state and legalized violent and extremist enterprise plagued with racism and Jewish superiority as per the teachings of late Jewish Rabbi Meir Kahana, who Ben Gvir follows.

One candidate in line for high office is Itamar Ben-Gvir, was once deemed a pariah in Israel’s political arena and a virulent anti-Arab who regularly incites violence against the Palestinians, chanting “Death to the Arabs,” has faced dozens of charges of hate speech.

His platform includes supporting the Israeli annexation of the occupied West Bank, home to 2.8 million Palestinians, and the forcible transfer of some of the country’s Arab-Israeli population. In his youth, Ben-Gvir was charged more than 50 times for incitement to violence or hate speech. He boasts that he got off 46 times and studied law on the recommendation of judges, to learn how to defend himself.

He used to hang a portrait in his living room of the Israeli-American terrorist Baruch Goldstein, who in 1994 massacred 29 Palestinians and wounded 125 others while they were praying in Prophet Ibrahim’s Mosque in Hebron, in what became known as the Cave of the Patriarchs massacre.

Ben-Gvir is a self-proclaimed disciple of the American-born fascist Meir Kahane, whose movement was banned in Israel and declared a terrorist organization by the United States.
Religious Zionism’s agenda includes Israeli rule over the West Bank, the expulsion of Palestinian citizens of Israel, who make up 20 percent of the country’s population, the demolition of the al-Aqsa Mosque to make way for the building of a Jewish Temple, the imposition of religious law and the destruction of the judicial system.

Of course there will be no statements calling for the Israeli government to be ostracized as a pariah, nor moves to sanction it. This shows the Jewish global power.
It is a tragic irony of history that the same type of “race and blood” nationalism that was used by German fascism to exterminate Jews is being employed today by the Israeli ruling class against the Palestinians, while playing into the hands of those who seek once again to stoke up hatred of “outsiders” and “cosmopolitans” to target Jewish people.

The state of Israel envisaged by Ben-Gvir is a state for Jews only; anyone else is a second class citizen who exist only to serve Jews. He does not compromise on this belief upon which his political career has thrived.
Columnist Jonathan Cook said the most disturbing outcome of Israel’s general election was not the fact that an openly fascist party won the third-biggest tally of seats, or that it is about to become the lynchpin of the next government. It is how little will change, in Israel or abroad, as a result.

Having Religious Zionism at the heart of government will alter the tone in which Israeli politics is conducted, making it even coarser, more thuggish and uncompromising. But will make no difference to the ethnic supremacism that has driven Israeli policy for decades.

Israel is not suddenly a more racist state. It is simply growing more confident about admitting its racism to the world. And the world – or at least the bit of it that arrogantly describes itself as the international community – is about to confirm that such confidence is well-founded.

The central goal of Zionism, replacing the native Palestinian population with Jewish incomers who claim an ancient birthright, has been the same, whoever has led Israel. The dispute within Zionism has been over the means necessary to achieve that replacement, based on concerns about how outsiders might perceive and respond to Israel’s state-sponsored racism.

Over time, liberal Zionism has generally concluded that the best it can hope for is to herd Palestinians into ghettoes to secure Jewish dominion over the land. This is the apartheid model that the international community tried for three decades to formalize into a two-state solution.

Netanyahu’s government will be made up of racists from the religious and ultra-nationalist parties pledged to Jewish supremacy and the implementation of measures synonymous with apartheid. Their vicious attacks on the Palestinians are aimed at driving them out of both Israel’s internationally recognized borders and the lands it has illegally occupied since the June 1967 Arab-Israeli war, in defiance of international law and countless United Nations resolutions.

The fascist parties in Netanyahu’s future government will seek to build on the existing inciteful discourse against Palestinian citizens living inside Israel to characterise the minority as a fifth column, and to publicly justify its expulsion. And this is not unprecedented: previous leaders and ministers have suggested that Palestinians are inherently treasonous, comparing Palestinian citizens to “cancer” or “cockroaches” and calling for their expulsion.
Meanwhile, Avigdor Lieberman, a minister in several governments, long ago set out a plan for redrawing Israel’s borders to deny parts of the Palestinian minority citizenship.

It is matter of time that Israel unleash its barbarity on the helpless unarmed Palestinian men, women, children and the aged, backed by the political economic, military and social might of US and Europe. Arab tyrants who have abandoned Palestinians and Masjid Al Aqsa to please their US and European masters and Zionist collaborators will only turn a blind eye to Israeli crimes to save their power.

This only shows the Jews are the real rulers of the world and they are free to violate any law, commit any crime and will not be demonized in the way Nazis were demonized for their crimes 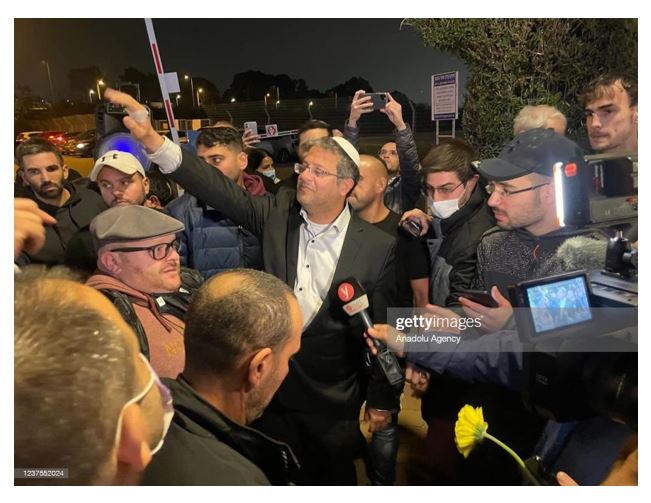 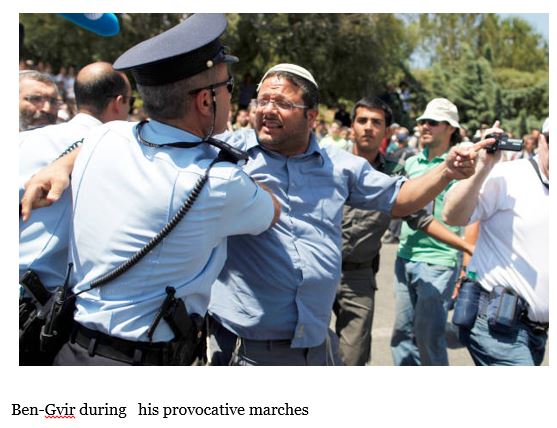 Palestinian sufferings bound to intensify - Views expressed by writers in this section are their own and do not necessarily reflect Latheefarook.com point-of-view