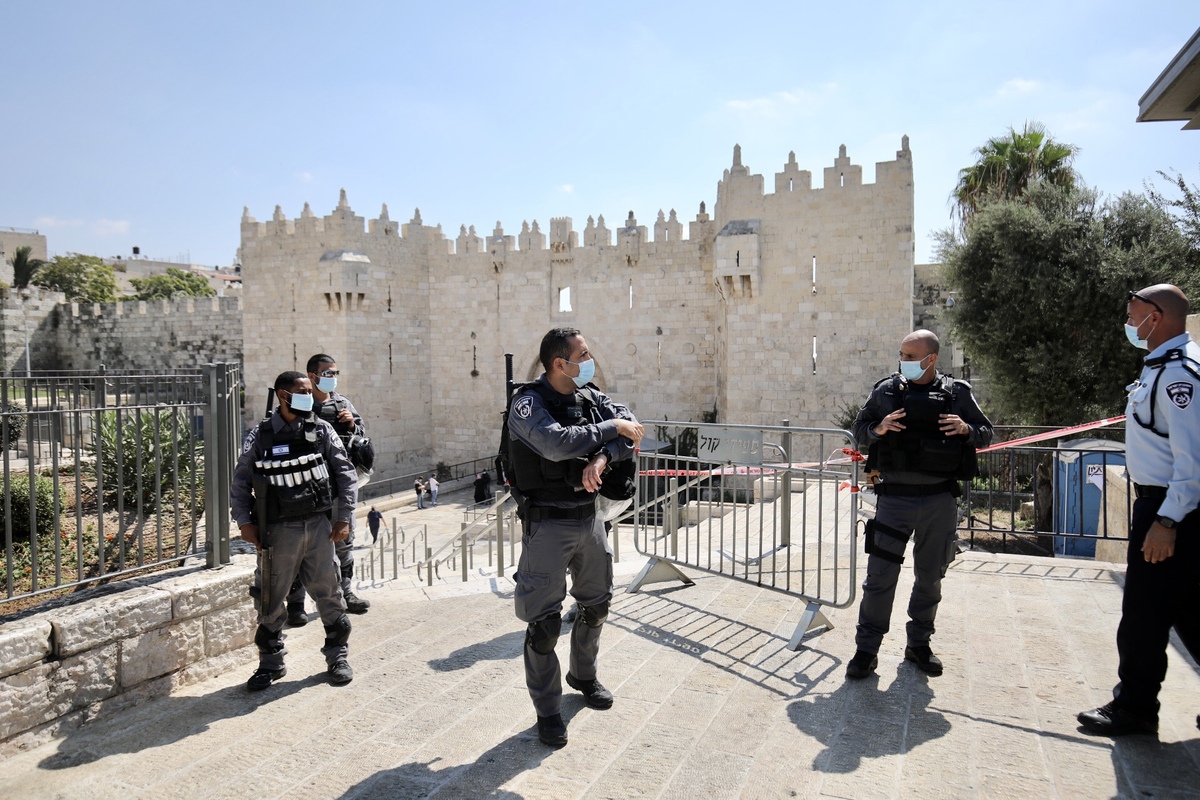 If you want to divert attention away from your own criminal behaviour, nothing works better, it seems, than starting a fire in someone else’s backyard. Even better if you can find some useful idiots to light the match. Israel is an expert at this, and it is with the help of some useful idiot Arab rulers that it is creating a huge test for the world’s Muslims with the backdrop of Islamic holy sites in occupied Jerusalem.

One of Israel’s motivations is to block the spread of Turkish influence in the region, because Turkey’s support for Palestinian rights remains unwavering after many years. The other is a land grab by the back door which could see the whole Noble Sanctuary of Al Aqsa fall under Israeli control.

Under the recent normalisation agreements signed by the UAE, Bahrain and Morocco their rulers are being urged to demand a role in supervising the holy sites in occupied Jerusalem. As the “Custodian of the Haramain” (the two holy mosques in Makkah and Madinah) Saudi Arabia is also being urged to get on board in Jerusalem. This would put all of the normalised states in direct competition with Jordan and the Palestinians, who are already tasked with this important job.

Israel’s unspoken intention, of course, is to put the normalisation states on a collision course with Turkey, which has growing influence among the Palestinians living in occupied Jerusalem. The Israelis regard such solidarity as a threat to their own national security. It is a fact that any show of support for Palestine these days is met with a hysterical reaction from Israel.

I’ve often said that if Palestine and Turkey were immediate neighbours, there would be a fully functioning, viable independent Palestinian state by now. This, of course, is something that Israel never wants to see.

According to fellow MEMO contributor and Middle East analyst Dr Adnan Abu Amer it all hinges on Israel’s Minister of Jerusalem Affairs, Rabbi Rafi Peretz, who has unveiled plans to attract two million, mainly Emirati, Muslim tourists to Jerusalem. Such huge numbers of Muslims pouring into the city of spiritual significance to all Muslims, Jews and Christians would help to bolster Jerusalem’s sham status as “the undivided capital of Israel”. In turn this would result in Al-Aqsa Mosque falling under the complete sovereignty of the occupation state.

What’s more, it would block local Palestinians from developing a national religious tourism sector; their efforts towards this have been undermined by Israel for more than a decade. The biggest fear is that Palestinians would ultimately lose control of Islam’s third holiest site.

Close scrutiny of the small print in the UAE-Israel normalisation agreement reveals that Muslims only have a conditional right of access to Al-Aqsa Mosque, but are denied access to the rest of the sanctuary, known to Zionists and Jews as the Temple Mount. This has to be seen in the light of Palestinian political and religious condemnation that rejects UAE, Arab or even Muslim visitors praying at Al-Aqsa Mosque as part of the “peace deal”. The Palestinian Jerusalemites were the first to reject the UAE’s normalisation agreement with Israel, as it stipulated the right of all monotheistic and other religions to pray in Al-Aqsa, taking it away from the Muslims. This is one of the world’s major mosques that we are talking about here, remember, not an unspecified place of worship.

Furthermore, UNESCO’s recognition of Al-Aqsa Mosque as the absolute property of Muslims, with no affiliation to Jews, is completely crushed under this normalisation. In truth, while the UAE chose to grant the Israelis this right, it is simply wasn’t legitimate for Abu Dhabi to do so. The UAE has no rights over Al-Aqsa, and never has, so it is not and never has been entitled to give such “rights” away.

If any doubt still remains, it is significant that Turkish President Recep Tayyib Erdogan has continually reinforced the view that Jerusalem belongs to all Muslims. This, of course, has annoyed Israel which describes Erdogan’s announcements as exaggerated and baseless when it comes to the Holy City.

In October, Erdogan recalled how “…we left in tears during World War I and where vestiges of the Ottoman resistance can still be found. The physical appearance of the Old City, which is the heart of Jerusalem, was constructed by Suleiman the Great, along with the walls, the bazaars and many other buildings. Our forefathers displayed great respect toward it for hundreds of years.”

Now Israel is trying to airbrush Turkey from all activities in Jerusalem, claiming that the days of the Ottoman Empire are long gone and that Turkey has no connection to the city. However, there are numerous Turkish charitable and economic projects in Jerusalem, a fact which is proving to be a source of irritation to Israel and the Arab states that have signed up to normalisation.

They see Turkish influence in the city as a threat to their own power and influence among the Jerusalemites. Taking advantage of this unease, Israel is now stirring the pot over who has guardianship of the religious sites.

I believe that 2021 will see an acceleration of anti-Turkish sentiment from Israel. It won’t be long before the Zionist state churns out its usual “threat to national security” propaganda while seeking support from the compliant Arab rulers whom it has ensnared in its web of normalisation.

So brace yourselves for dirty tricks in Jerusalem by the occupation state. Israel has the matches as well as the useful idiots ready to light the fire. Let us be in no doubt whatsoever that those Emirati citizens heading for Jerusalem under the cloak of normalisation will be violating the sanctity of Al-Aqsa Mosque if they think that their prayers therein will legitimise their government’s obscene deal with Israel.

Peace will only come when the Palestinians are delivered justice, freedom and the return of their lands. That is what all Muslims should be praying for, along with protection for the Nob le Sanctuary of Al-Aqsa and the Holy City in which it stands.

Disclaimer: Dirty tricks could see Muslims lose control of Al Aqsa Mosque By Yvonne RidleyYvonne Ridley - Views expressed by writers in this section are their own and do not necessarily reflect Latheefarook.com point-of-view