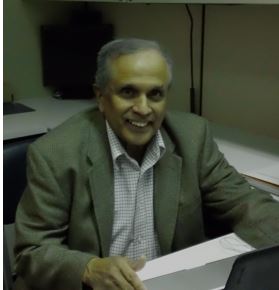 United Nations, Jun 30 (IANS): An “F-Bomb” hurled by a Syrian activist struck the UN Security Council in a bid to explode the myth of its mighty prowess in enforcing peace around the world.
Omar Alshogre, who was invited to speak at the Council meeting on Syria on Wednesday, delivered a compatriot’s angry message: “F*** you for not being useful, for not being respectful to human lives and human rights in Syria.”
That was a departure from the roster of worst insults in the Council chamber that are on the lines of “war criminal”, “Gobbelsian” and “genocide perpetrator”.
“This must be a historic first — and particularly in the Security Council chamber,” Thalif Deen, a long-time UN watcher who has be
en a staffer, diplomat and journalist there, told IANS.
“I have never heard of the aF word’ being used by diplomats in public,” he said.
As breaches of UN’s diplomatic etiquette go, the “F-Word” episode may take its place with the 1960 shoe incident when an enraged Soviet leader Nikita Kruschev banged his footwear at the General Assembly’s podium.
During that incident Kruschev also let loose verbiage of outrage calling the Philippines delegation head Lorenzo Sumulong “a jerk, a stooge, and a lackey”, and a “toady of American imperialism”, said Deen, who is the author of “No Comment! And Don’t Quote Me”, a book on the lighter, and sometimes seamier, side of UN diplomacy.
Alshogre spoke while seated at the chamber’s horseshoe table alongside diplomats representing the Council’s 15 members who did not react even when he individually attacked many of their nations.
He prefaced what he said was a direct message to the Council from Karim in Idlib saying: “I am not going to filter the voices of the Syrian people. I am telling you exactly what they say. And here it comes.”
Karim’s message, which he read out, began: “You have been acting so lame since 2011, I lost everything I ever loved I lost everything I have.”
And then it launched into the sentence with the expletive.
Alshogre is a former political prisoner of the Hafez al-Assad government and is now a director with the Syria Emergency Task Force, which advocates for the people of the civil war-wracked nation and for peace.
He castigated in very strong terms almost every member of the Council, friend or foe, although he spared India.
One of the harshest attacks was directed toward the United Arab Emirates for hosting Assad and devolved into a threat against the Gulf nation.
“We will make sure, I will make sure and we will find out and understand how completely devoid of morals the Emirates is. And when the people know, where will you hid

The 828-metre Burj Khalifa is the world’s tallest building.
Alshogre questioned the US’ role as a world leader and warned Washington: “You will never be able to protect your democracy, to protect the rights of your women and your school children in school if you ignore human rights elsewhere.
“You are supposed to be the leader of democratic world. I don’t even see you on this global arena anymore.”

Disclaimer: An 'F-Bomb' lands in UNSC blasting its inaction on Syria - Views expressed by writers in this section are their own and do not necessarily reflect Latheefarook.com point-of-view