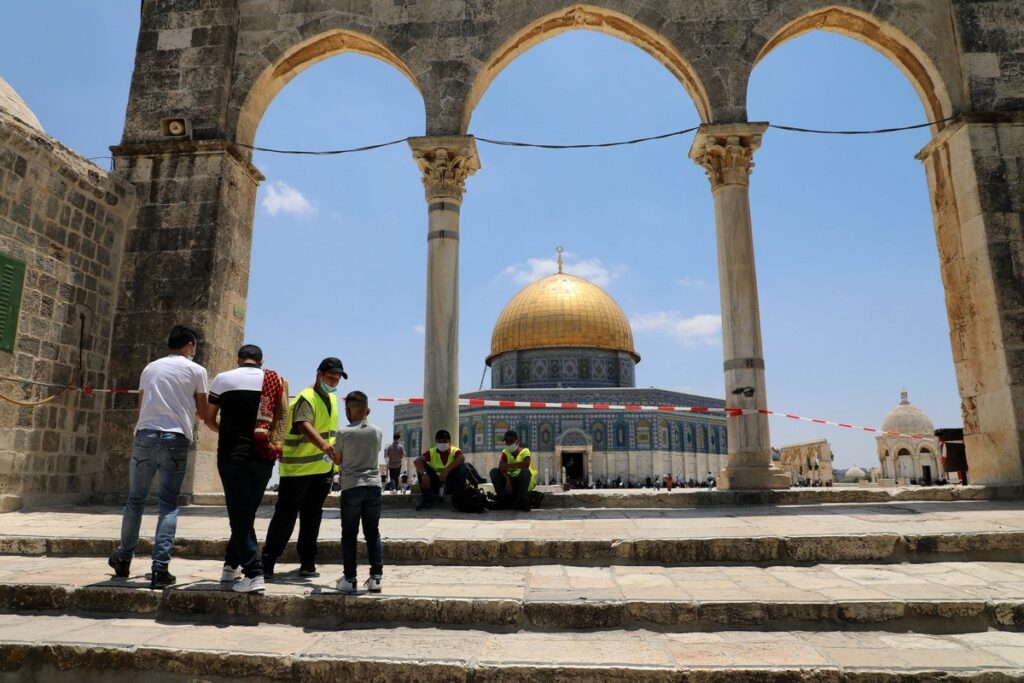 Israel’s plans to wipe Palestine off the map are very real, especially Benjamin Netanyahu’s intention to annex a huge section of the occupied West Bank. Such expansionism by the Zionist state has been the intention from the day it was created in Palestine in 1948. Alone among all UN member states, Israel has never declared where its borders lie and is always looking to expand and get Arab approval for its illegal land grabs. Israeli plans thus present a clear and present danger to Palestine and its people.

In the wake of the normalisation agreement between Israel and the United Arab Emirates, therefore, it is no surprise that the Grand Mufti of Jerusalem and the Palestinian Territories has issued a scholarly opinion — a fatwa — in which he apparently bans Emirati citizens from visiting Al-Aqsa Mosque. Nobody in Tel Aviv and Abu Dhabi can be the least bit surprised by this. Did they really imagine that the Palestinians would just shrug off US plans to force Arab states to normalise relations with the colonial-occupation state and accept Arab knives in their back?

The reality is that, yes, they probably did, and even if the Palestinians don’t simply bow down and let Israel walk all over them again, who cares? It has happened many times in the past, and Israel gets away with it every time.

Nevertheless, the Palestinians are not ready to give up their struggle yet, even if some Arab rulers have abandoned them. Not all, mind you, but some. Several Algerian parties have reacted angrily to the Israel-UAE deal to normalise relations, describing it as a betrayal of the Palestinian cause. Jibhat Al-Tahrir Al-Watani, one of the biggest political parties in the North African country, condemned the deal as well as the silence of Arab states. “The agreement will remain in the history as a shameful stain on the forehead of its signers,” it declared.

READ: UAE and Israel to establish spy base in Yemen Island

Turkey’s President Recep Tayyip Erdogan wasted little time with his condemnation, and threatened to suspend relations with the UAE and withdraw the Turkish Ambassador from Abu Dhabi. “We stand with the Palestinian people,” insisted Erdogan. “We have not let Palestine be defeated or let it be defeated.”

Sadly, Palestine counts neither Turkey nor Algeria among its immediate neighbours. I’ve always said that if Palestine was sandwiched geographically between the two it would be an independent nation by now. In fact, after checking out such neighbours, the Zionists’ founding father, Theodor Herzl, would likely have stuck with his original plan and chosen British East Africa for his “Jewish State” instead of Palestine. Yes, that was a real possibility.

The UAE is only the third Arab country to establish full diplomatic relations with Israel, following Egypt in 1979 and Jordan in 1994. Sadly, the Palestinians are surrounded by rulers propped up by the West who are only too happy to bend the knee to America and Israel. I’ve long given up trying to work out who is whose poodle in that relationship; it’s a bit like trying to work out who is in control, the drug dealer or the heroin addict, because one cannot survive without the other.

The de facto UAE head of state, Abu Dhabi’s Crown Prince Mohammed Bin Zayed, sought to justify the deal by claiming that he had prevented Israel from annexing more of the West Bank. Trying to put some gloss on the dirty deal, Abu Dhabi later declared that mutual tourism would follow, including allowing Emiratis to visit and pray at Al-Aqsa Mosque.

READ: Kushner to join inaugural flight between Israel and UAE

Or maybe not. Mufti Muhammad Hussein’s fatwa is uncompromising. He says that prayers at Al-Aqsa Mosque “are not for those who have normalised” with the Israeli occupation, and insisted that visitors to Al-Aqsa Mosque must pass through the Palestinian Authority areas or Jordan and not through Tel Aviv’s Ben Gurion Airport. If that is enforced — and I am not sure how that could be done — then yesterday’s inaugural Tel Aviv-Abu Dhabi air bridge might have a lot of disappointed passengers in future.

In reality, though, I don’t think the mufti will be holding his breath; his fatwa is likely to be a futile gesture born out of frustration, not least because, as we all know, the Hashemite Kingdom of Jordan made peace with Israel in 1994. After Egypt and prior to the new UAE deal, Jordan was the only Arab state to sign a peace treaty with Israel. It normalised relations with the occupation state long before “normalisation” entered the public vocabulary.

This illustrates the quandary in which the Palestinians find themselves. They need all the regional and international friends that they can get, and can ill afford to lose Jordanian support. Announcing a blanket Al-Aqsa ban on those who have “normalised” with Israel risks just that. The situation is doubly embarrassing because most Jordanian citizens are of Palestinian heritage, so much so that hardcore Zionists insist that Jordan is, in fact, “the Palestinian state”.

Jordan not only rejects this “alternative homeland” thesis, but King Abdullah of Jordan also reacted very coldly to the “deal of the century” and refused to hold an official 25th anniversary commemoration of the 1994 Wadi Araba Treaty. 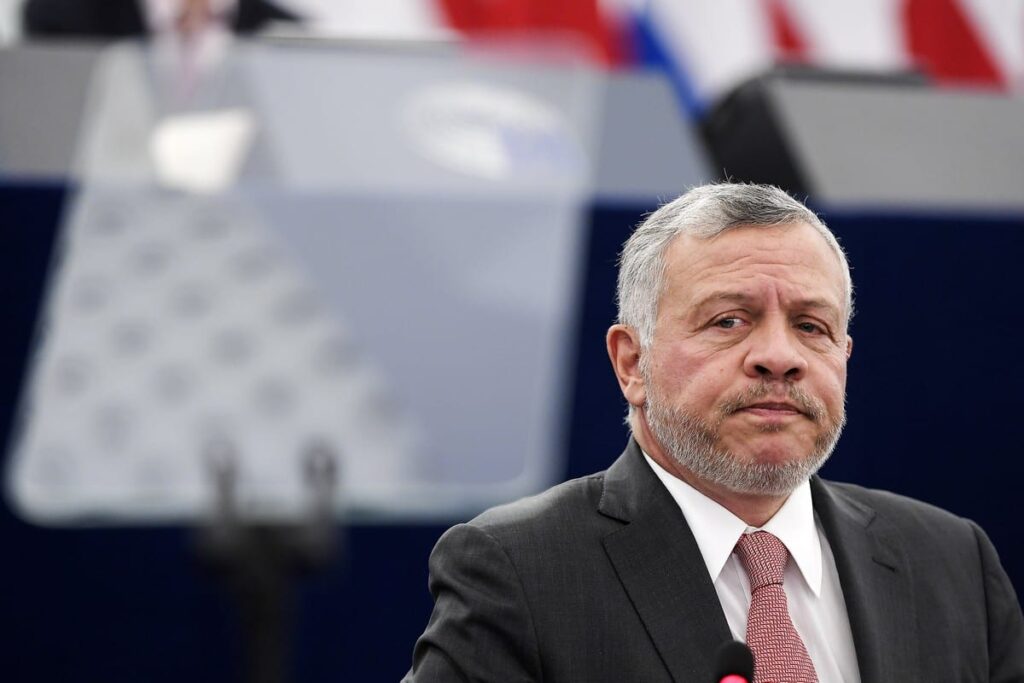 The Kingdom has always had to tread a very fine line in its relations with the occupation state but, according to Alaraby earlier this year, “King Abdullah confessed [in late October 2019] that ‘the Jordanian-Israeli relationship is at an all-time low’ and that communication on key issues of the 1994 Wadi Araba peace treaty were no longer ongoing.” The same report noted that “Jordan – which served as a conduit between Israel and Arab states – joined the chorus of sceptics, putting it at odds with its traditional regional allies such as Saudi Arabia, the UAE and Egypt, who all welcomed the deal [of the century].” This might be a positive sign for the Palestinians; we can but hope.

The mufti’s statement emphasised the requirement to refuse to recognise the occupation of Palestinian land, Jerusalem and Islam’s third holiest site, Al-Aqsa Mosque. He reminded worshippers that Israel had enforced a brutal occupation “which captures our land, our people, our Jerusalem.” He concluded that anyone visiting Palestinian lands should be affirming Palestine’s Arab and Islamic identity as well as rejecting the occupation and supporting the liberation of Palestine.

The normalisation agreement was brokered by US President Donald Trump and stipulated that Israel would suspend its planned annexation of parts of the West Bank in exchange for diplomatic relations with the UAE. Embarrassingly, days later Israeli Prime Minister Benjamin Netanyahu said that the UAE deal did not mean that Israel would relinquish control of large swathes of the occupied West Bank. Israel will do what it wants, when it wants; if it has to wait a little while, no problem, as it will still be colonial-settlement expansion and business as usual no matter how many Arab governments sign deals favouring Israel above all others.

Instead of using strong-arm tactics, perhaps Washington should stop bullying Arab states into making deals with Israel and actually get the Zionist state to fulfil its obligations under the peace treaties with Egypt and Jordan, including the halting of settlement building, as well as, yes, the now discredited Oslo Accords with the Palestinians. Israel has ignored all of its obligations and made no concessions whatsoever; it is the Palestinians under occupation who face the most pressure to concede everything before Israel does anything.

King Abdullah’s stance could be a reflection of his frustration at the fact that the optimistic treaty signed by his late father probably means as much to the Israelis as, well, Mufti Muhammad Hussein’s fatwa. That it means nothing at all, in fact, because treaties with Israel are worthless. He knows it; Egypt knows it; and the UAE will come to know it.

Disclaimer: The 'ban' on Emiratis praying in Al-Aqsa highlights the fact that treaties with Israel are worthless by Yvonne Ridley - Views expressed by writers in this section are their own and do not necessarily reflect Latheefarook.com point-of-view