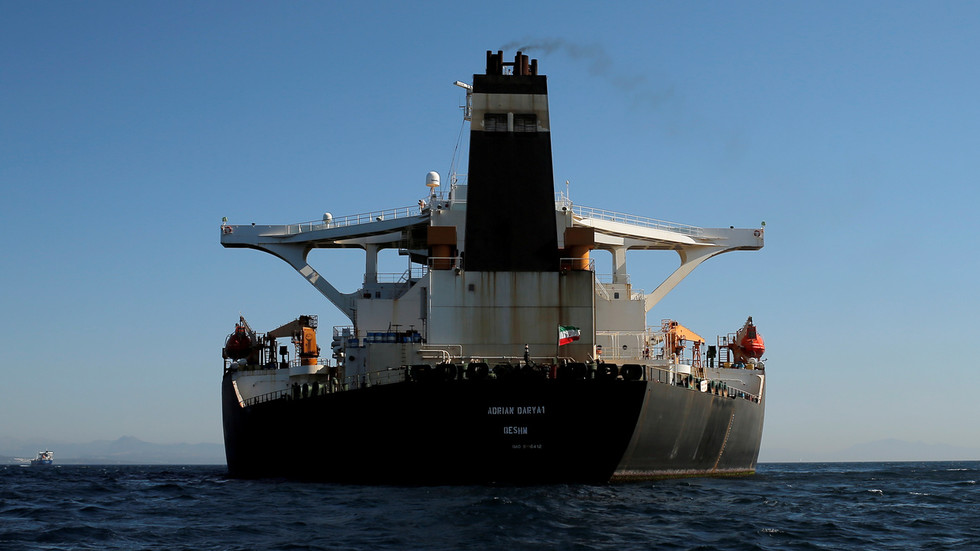 US sanctions on Iran have backfired. As demonstrated by its completion of a major oil pipeline, Goreh-Jask, which bypasses the Strait of Hormuz, Tehran has turned the hardship of sanctions into a source of strength.

Shortly after the US Department of Justice announced on Monday that two million barrels of impounded Iranian oil had been sold for $110 million, a pair of suspicious fires broke out affecting Iranian infrastructure. The first, striking the country’s biggest warship, the IRIS ‘Kharg’, eventually caused the vessel to sink in the Gulf of Oman. So far, Iranian officials have offered no explanation for the blaze. The second fire hit a state-owned oil refinery near Tehran and was only extinguished after more than 20 hours.

The same day that the oil sale was announced, Iranian Foreign Ministry spokesman Saeed Khatibzadeh issued a warning in reference to two Iranian vessels being monitored by the US for allegedly sailing for Venezuela – Iran’s ally that is also under onerous US sanctions. He stated that “nobody should make a miscalculation” by prohibiting Iran’s freedom of navigation in international waters.

Iran’s increasing assertiveness against sanctions is proceeding alongside ongoing negotiations in Vienna, with the aim of putting the US administration of President Joe Biden back into the nuclear accord that Donald Trump summarily left in 2018 before slapping wide-ranging sanctions on Iranian commerce. In this context, the seizure of an Iranian oil shipment under the current sanctions regime evidences a woefully misguided attempt at coercion.

By continuing to enforce the oil theft allowed under Trump’s sanctions while seeking to rejoin the Joint Comprehensive Plan of Action (JCPOA), Biden’s team may either be trying to extract deeper concessions from Iran in a renewed nuclear deal or simply damaging Iran’s oil industry as much as it can before sanctions are lifted. Both are foolish ploys.

The reality is that harsh measures aimed at Iran’s infrastructure and resources, whether carried out under the explicit pretext of sanctions or not, have ironically stimulated the Iranians to become increasingly self-sufficient in producing and exporting their hydrocarbons – arguably the core lever of Iran’s international influence, which cannot be fully constrained by sanctions or by any renegotiated JCPOA.

The name ‘Kharg’ refers to the island in the Persian Gulf that serves as Iran’s main oil-export terminal for transshipment through the Strait of Hormuz, while the Gulf of Oman, the site of its sinking, now bears immediate strategic urgency in relation to Tehran’s bid to take more control over its oil distribution and tap the lucrative markets of East Asia.

US restrictive measures have undoubtedly bitten hard into Iran’s worldwide oil shipments – Iranian oil exports had fallen by about 90% roughly a year after President Trump withdrew from the JCPOA and imposed his “maximum pressure” campaign of sanctions targeting a range of Iranian sectors including oil, shipping, and banking.

But Iran has quietly pivoted by adeptly modifying cargo-ship data, allegedly blending Iranian oil with Iraqi oil, ramping up domestic production, and constructing a major pipeline terminating in a port on the Gulf of Oman.

The 1,000km Goreh-Jask pipeline, which has just recently started shipping oil, allows Tehran to bypass the heavily patrolled, bottlenecked Strait of Hormuz region with a route offering more direct access to customers in India and China. This fait accompli even allows Tehran to turn sanctions pressure onto the US by blockading the strait, watching the oil price rise, and profiting from the resulting windfall by shipping oil from the port of Jask. The pipeline has the capacity to transport one million barrels per day (bpd) of crude oil, which would represent nearly half of Iran’s current 2.4 million bpd production.

Punitive sanctions against the Iranian oil industry have not only backfired in their aims but have lost their justification, if they ever had any: Iran’s position as one of the world’s largest energy suppliers can, once freed from sanctions, decisively help to accelerate the post-Covid recovery of global commerce and industry.

It is currently estimated that Iran could reach four million bpd in oil production in as little as three months after sanctions are lifted. A robust uptick in global oil demand, meanwhile, spurred in considerable part by demand from China, has shot the benchmark price for Brent crude up to more than $70 per barrel, meaning that enhanced supply from Iran could be absorbed in this market of rising needs.

Iran and China are cooperating to take full advantage of this paradigm: China is already undermining the US sanctions by purchasing one million bpd of Iran’s oil, and the two partners signed a long-term deal in March for massive Chinese investment in Iranian energy.

Meanwhile, OPEC+ leaders all but acknowledged the market’s readiness to handle full Iranian oil-export volumes when, during a summit this week, they agreed to implement a production increase of 2.1 million bpd over the spring and summer.

Disclaimer: US sanctions become blessing in disguise for Iran’s energy sector - Views expressed by writers in this section are their own and do not necessarily reflect Latheefarook.com point-of-view