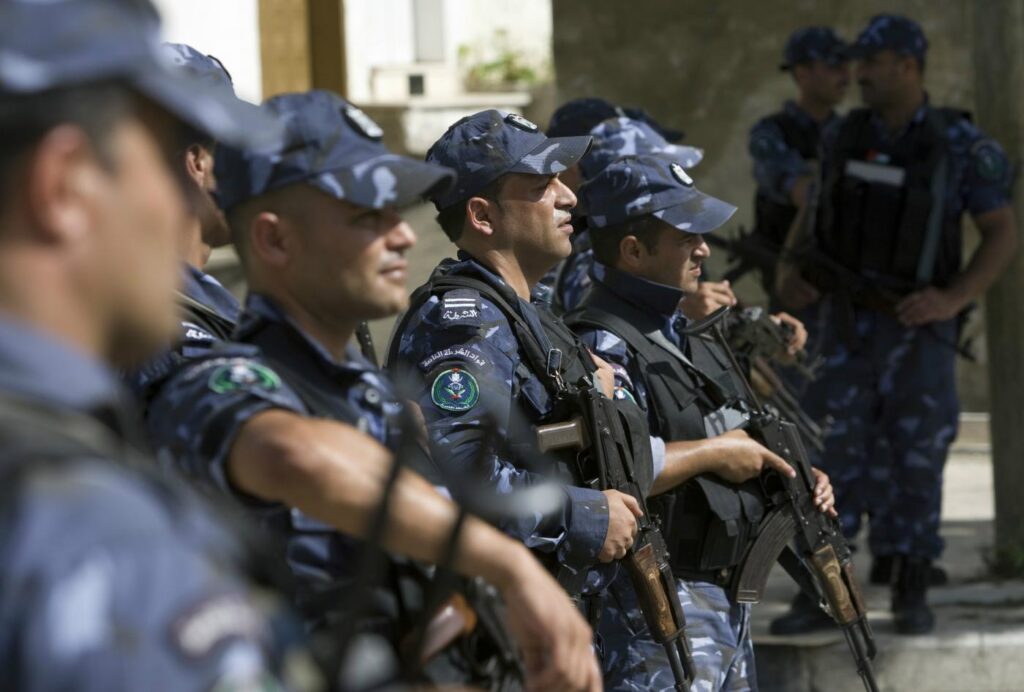 In the wake of the recent Israeli onslaught against the Palestinian people in Israel, Gaza and the occupied West Bank, including Jerusalem, the strength of Palestinian resistance against the might of the Israeli war machine worried Israel’s imperial sponsors.

The US, its European Union and UK imperial allies, and its Arab allies panicked and rushed to ensure the status of Israel as a Jewish supremacist and apartheid settler-colony.

In that vein, the Biden administration has been endeavouring to prove that it is even more pro-Israel than the Trump and Obama administrations – if this is even possible. Its efforts have included repeatedly blocking UN Security Council resolutions that condemned Israel, which led even the fanatically pro-Israel EU leadership to worry that Biden was no different from Trump on Israel.

As the Israeli newspaper Yedioth Ahronoth uncovered, it was, in fact, at the request of shocked Israeli leaders that US President Joe Biden immediately set out to contact Egypt. He also contacted Jordan and Qatar to help curtail Palestinian resistance in order to ensure that international pressure to dismantle the racist nature of Israel does not intensify further.

This is important, as UN-commissioned experts issued a report in 2017, as did Israeli and US human rights groups more recently, finding that the Jewish settler-colony is nothing less than an apartheid state, which could lead to more pressure to dismantle its very foundations. When the foreign minister of France worried that Israel was at risk of “long-lasting apartheid”, the situation became grave.

The new-old solution that the US and its European and Arab allies offer is the two-state solution, which would maintain Israel as a Jewish supremacist and apartheid state, but would allow a phantom pseudo-Palestinian state to exist in the manner of the bantustan homelands under apartheid South Africa.

In light of the military performance of the Gaza-based Palestinian resistance, Hamas was told by the EU that it could be invited to the negotiating table if it would reconcile with the Palestinian Authority (PA); implying also to the EU that Hamas accepted the Oslo Accords, recognising Israel’s right to be a Jewish supremacist and apartheid state. Biden has insisted that “until the region says unequivocally they acknowledge the right of Israel to exist as an independent Jewish state, there will be no peace”.

This is hardly a new imperial ploy. The drive to subdue the Palestinian people and coerce them into recognising the right of their European Jewish colonisers to rob them of their homeland has been the principal condition since Britain conquered Palestine in late 1917. At the time, the Palestinian response to British colonialism and Jewish settler-colonialism was adamantly hostile, which impelled the British to embark – as it had done with the rest of its colonial possessions – on a policy of divide-and-conquer on the one hand, and of outright co-optation on the other.

At the time, Palestinian elites competed to curry favour with the British, in hopes of swaying them against Zionist colonisation. They established several bodies to speak on behalf of Palestinian interests, most prominently the Arab Executive, established in 1920 – but the British refused to recognise any such body unless it recognised in turn the main purpose of the British colonial mandate over Palestine, namely facilitating European Jewish settler-colonisation, which the Palestinians refused to do.

The British-appointed Palestinian leader Amin al-Husseini and his elite followers helped the British in subduing Palestinian resistance from the early 1920s until 1935, when they were no longer able to contain a massive Palestinian revolt that continued from 1936 to 1939 and was savagely suppressed by the British and the Zionists. Husseini ultimately had no choice but to support the revolt, and was thus no longer of use to the British, who removed him as mufti. He fled the country to escape arrest.

The British Colonial Office continued to search in vain for more a “moderate” leadership. What better strategy, already successfully deployed in other colonial possessions, than to have Palestinians aid British troops and Zionist colonists in murdering the resisting Palestinians and suppressing their anti-colonial revolt, while claiming to defend them. The search succeeded in finding such collaborators, but not in gaining them legitimacy in the eyes of the Palestinian people, who regarded them as traitors.

Nonetheless, the precedent of recruiting Palestinians to shoot their own people – as the British had done in other colonies in Asia and Africa just as effectively – was set. Moreover, leaders of neighbouring Arab countries were brought in by the British to apply pressure on the Palestinians to stop their revolt.

After Israel was established, it also recruited Palestinian collaborators, but failed to lend them legitimacy in the eyes of its captive Palestinian population. Following its conquest of the West Bank and Gaza, it tried again to enlist more collaborators through mayoral elections in 1972 and 1976, and through its subsequent Village Leagues project, but failed.

Israel and its imperial sponsors’ efforts would, however, be fruitful in the late 1980s. It was then that the Palestine Liberation Organization (PLO), which had gained legitimacy internationally since the early 1970s as the sole legitimate representative of the Palestinian people, was told to accept Israel’s right to be a Jewish supremacist apartheid state, in exchange for recognition of the PLO.

The Arafat leadership did just that, transforming themselves into collaborators with Israel and enforcers of its settler-colonial, apartheid occupation. The PA, created from Oslo, set out immediately to create its security forces, trained and financed by the US and Europe, to attack resisting Palestinians, just as the 1938 “peace bands” had done against the Palestinian revolutionaries of the 1930s.

Their first act in November 1994 was to shoot and kill 13 Palestinian civilians and wound 200 in Gaza for protesting against this collaboration – an inaugural performance that set the stage for their violent suppression of the Palestinian people ever since.

The panic that has gripped the US, Europe, Arab client regimes and the PA since the recent heroic Palestinian resistance stems from the major loss in international standing of the PA, which was sidelined during the latest revolt, and indeed helped in suppressing it. Palestinian President Mahmoud Abbas reportedly issued orders to put down support for Hamas and the resistance in the occupied West Bank during the revolt.

Whereas the PA had lost all legal legitimacy as an unelected body since 2007, and Abbas lost his in 2009, its official pretence of suppressing Palestinian anti-colonial resistance in order to defend Palestinians against colonialism was no longer sustainable internationally.

Only the gullible believe that a continuation of this strategy will forestall the massive Palestinian anti-colonial revolt to come, whose aims have now been declared to the entire world

Swift action had to be taken to save the PA as an instrument of Palestinian submission. Egypt, Jordan and Qatar were asked to help the US  by pumping money into PA coffers, supposedly for the reconstruction of Gaza.

Meanwhile, the EU offered Hamas the possibility of coming to the negotiating table provided it reconciled with the PA, which would indicate that Hamas recognises Israel’s right to be a Jewish supremacist and apartheid state – in line with EU “values”.

But these are all tired, old strategies, as the US, EU, their Arab allies and Israel know very well. The rhetoric of the two-state solution, the restoration of PA legitimacy, and the hope that a new Israeli government can uphold the basis of Israel as a Jewish supremacist, apartheid state – while calling it “a Jewish and democratic state” – aim not to redress the Palestinian colonial condition, but rather to extend the status quo indefinitely, as Israel’s settler-colonisation proceeds unhindered.

The colonial attempt since the end of World War I to appoint Palestinian collaborators as leaders of the Palestinian people at the behest of western imperialism and Jewish settler-colonialism has achieved only temporary and partial success, but it has always ultimately failed to bring about a final legitimation of Israel.

Only the gullible believe that a continuation of this strategy will forestall the massive Palestinian anti-colonial revolt to come, whose aims have now been declared to the entire world: the complete dismantlement of Jewish supremacy and the Israeli apartheid regime from the river to the sea.

Disclaimer: Israel and its western allies have run out of Palestinian enforcers by Joseph Massad - Views expressed by writers in this section are their own and do not necessarily reflect Latheefarook.com point-of-view