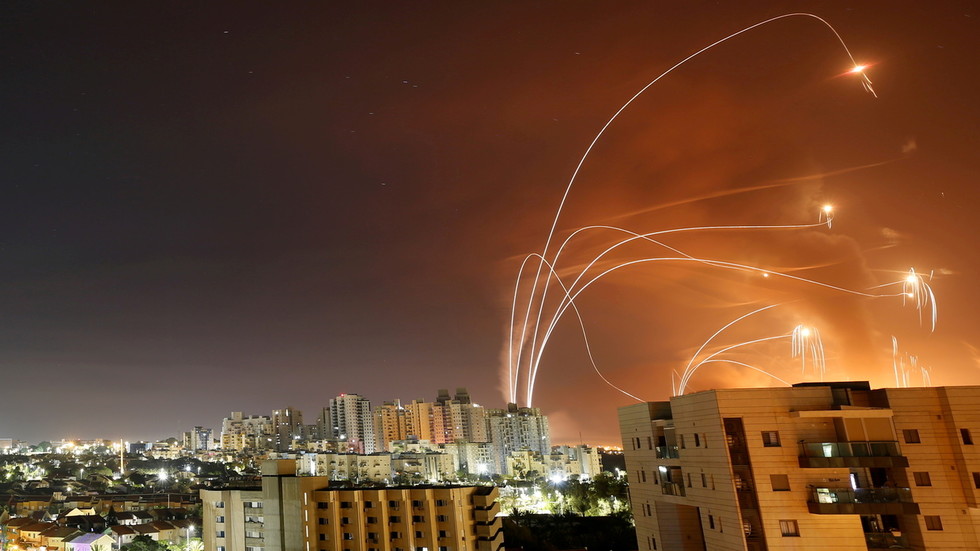 The Israeli government has agreed to a mutual ceasefire with Hamas and Palestinian Islamic Jihad, proposed by Egypt, that would put an end to 11 days of rocket strikes on Israel and IDF bombardment of Gaza.

Israel has accepted the Egyptian-mediated ceasefire proposal, Prime Minister Benjamin Netanyahu’s office confirmed on Thursday evening local time. National Security Adviser Meir Ben Shabbat was authorized to start talks with Egypt on the ceasefire initiative, to work out the details and the starting date, Israeli media reported. The truce will be “mutual and unconditional,” the Israeli cabinet said in a statement.

Meanwhile, Hamas and Islamic Jihad have confirmed in a statement that they will observe the ceasefire. Earlier, Reuters cited a Hamas official who said a “mutual and simultaneous” truce with Israel will begin at 2am local time on Friday.

One Israeli reporter said that a ceasefire of sorts may already be in effect, as no rockets had been fired from Gaza for 90 minutes already. However, air raid sirens began to sound in southern Israel shortly afterwards, followed by reports of a new Israeli strike in Gaza.

Prime Minister Benjamin Netanyahu has previously said that the Israeli operations would continue until the objective of restoring “quiet and security” was achieved, while Hamas insisted that talks about a ceasefire could only start when Israel ended “its aggression in Jerusalem and its bombardment of Gaza.”

News of the possible ceasefire came just hours after Russia announced it was planning to evacuate its  citizens – along with those of former Soviet republics – from Gaza, having told Israel on Wednesday that “a further increase in the number of civilian casualties would be unacceptable.”

Meanwhile, in the US, Senator Bernie Sanders (I-Vermont) brought up in the Senate a resolution proposed by a group of House Democrats, seeking to block the previously approved sale of $735 million-worth of bombs and munitions to Israel. The sale was green-lit by the State Department before the outbreak of hostilities earlier this month.

Hamas and Palestinian Islamic Jihad began firing rockets into Israel on May 10, after Israeli police clashed with Palestinian demonstrators outside Al-Aqsa mosque on Jerusalem’s Temple Mount. The dispute over Palestinians being evicted from Jerusalem’s Sheikh Jarrah neighborhood was the trigger for the conflict. Since then, more than 4,000 rockets were fired from Gaza into Israeli territory.

While most of them were intercepted by the Iron Dome missile defense system, about a tenth got through. Most struck areas close to Gaza such as Sderot or Ashkelon, but some hit as far as Jerusalem and the suburbs of Tel Aviv. Meanwhile, IDF planes, drones, tanks and artillery bombed Gaza, destroying a number of prominent high-rises.

This has been the largest flare-up of fighting since the 2014 Gaza War, which lasted 50 days and saw Israeli ground troops enter the enclave – something that did not happen this time. Another major difference, however, was that a number of Israeli cities with Arab residents saw riots and protests, for the first time since 2000.

Gaza officials said at least 230 Palestinians have been killed, while Israel reported 12 casualties.

Disclaimer: Israel, Hamas agree on Gaza ceasefire proposed by Egypt to end 11-day conflict - Views expressed by writers in this section are their own and do not necessarily reflect Latheefarook.com point-of-view