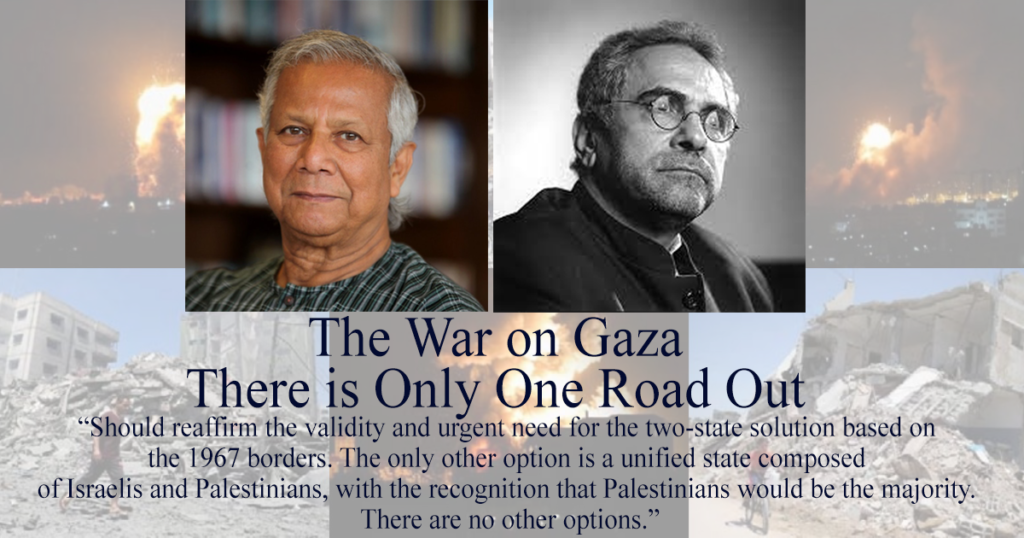 (This article published in Wall Street International on June 4, 2021 from New York, USA)

You and I are human beings, with family, perhaps children and grandchildren, certainly with friends and neighbors. We are of different nationalities, ethnicities, beliefs. We have all seen extreme poverty, and witnessed wars and the killing and the dying, whether firsthand or through the news.

We have similar sentiments. Empathy is a part of us, in our DNA. Unless one can completely block out this aspect of all human beings, it is impossible to view what has happened in the last weeks the people of Gaza without being heartbroken, angry, and feeling helpless.

The country inflicting such disproportionate war on the inhabitants of Gaza is the one that was carved out of ancient Palestine following one of the worst, and one of the most heartbreaking man-made human calamities, the Jewish Holocaust.

As the smoke clears, and as both parties finish their “victory celebrations,” it is on all of us to ask ourselves what we can do.

A mostly barren region of the world, the Israeli and Palestinian land is the holy birthplace of the prophets of the three primary monotheist religions of the world. One would think that with the wisdom of these powerful religions, it would be a heaven of harmony. Instead, we find a hell on Earth, a ground soaked in the blood and tears of far too many innocent victims.

No conflict has consumed so much thought, wisdom and mediation by so many sages. It has produced more “peace plans” and “road maps” than any other conflict of the last century, the writers and planners at times rewarded prematurely with the Nobel Peace Prize, creating false optimism followed by disillusion, more frustration and anger. The hopes of Palestinians have been betrayed by their own leaders, by the rulers of their fellow Arab nations, and by the US.

We have just witnessed a new round of horrors, unleashed by an Israeli state that is apparently without moral constraints, one that believes it somehow has God’s exclusive mandate to be the unchallenged regional power, and one that believes itself entitled to nuclear arsenal that is denied to others in the region. Hamas rockets are easily overwhelmed by the unmatched air force and infantry army of Israel, the world’s 4th world military power.

AS of 2020, the United States had provided Israel $146 billion (current, or noninflation-adjusted, dollars) in bilateral assistance and missile defense funding. In 2021, the Trump Administration requested and additional $3.3 billion in Foreign Military Financing for Israel and $500 million in missile defense aid. Israel receives the second largest foreign aid allocation in the US budget, second only to Afghanistan, including ultra-modern lethal weapons, advanced missile shield technology and the most advanced jet fighters.

Rhetoric and fist-waving aside, Israel has no discernible external threats to its survival. Iran is as close as it comes to a plausible enemy – but with no nuclear weapons against Israel’s 200 nuclear warheads it is difficult to call this credible. The rockets fired by Hamas, most of them destroyed by Israel’s “Iron Dome,” are comparable to a child throwing rocks at an army of tanks in proportion to Israeli might. Yet the Israeli army has continued to wage wars against the Palestinian people, as it has done since the Arab-Israel war of half a century ago.

The recent conflict, ignited by the invasion by Israeli security forces of the most sacred of Muslim sites, the Al-Aqsa Mosque, resulting in hundreds wounded, is only the latest move in a long campaign. It is made even more absurd today by the fact that 44% of the population of Gaza is under 14 years old, a demographic often seen in populations that have been subjected to campaigns of annihilation.

The US is an irreplaceable partner in the region and is critical to is resolution. The Biden Administration is inheriting a legacy of extraordinary blunders by the Trump administration that were received by Netanyahu as a green light and license for a scorched earth war against the Palestinians. It will demand courage and wisdom, and strong international support, to undo.

A path to the resolution must begin with all parties being held to the recognized international standards for crimes against humanity. No alliance with the powerful should shield any state or party from accountability for the violation of these standards. International Standards of crimes against one’s fellow human beings, when applied to Slobodan Milošević or Omar Al-Bashir but not to Benjamin Netanyahu become pointless.

Every conflict in this ongoing theater of insanity, including the “eviction” by armed forces from one’s home, to missiles landing in one’s bedroom in Gaza to a 10-year-old Israeli girl cowering in fear in a shelter, should reaffirm the validity and urgent need for the two-state solution based on the 1967 borders. The only other option is a unified state composed of Israelis and Palestinians, with the recognition that Palestinians would be the majority. There are no other options.

The  next steps on this vital road must  now include unimpeded access to Gaza for international humanitarian agencies, and international support for the reconstruction and compensation for the destruction of infrastructures and human lives needlessly lost and wounded. Our common empathy and humanity demand it.

Disclaimer: The War on Gaza : There is Only One Road Out - Views expressed by writers in this section are their own and do not necessarily reflect Latheefarook.com point-of-view