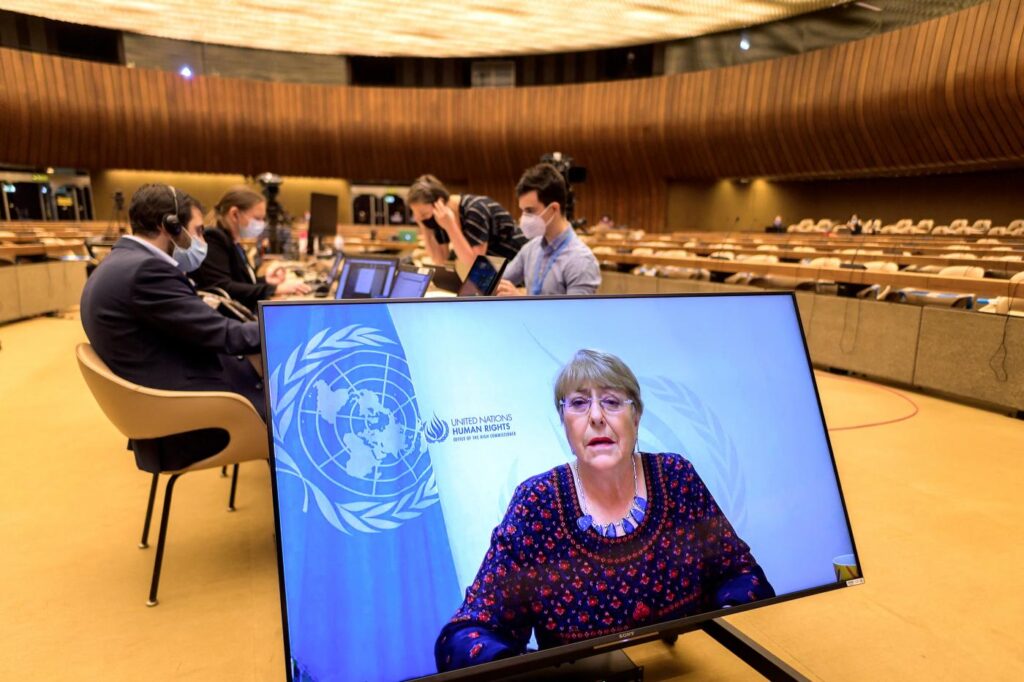 The United Nations high commissioner for human rights has said that Israel’s recent spate of attacks on Gaza may constitute “war crimes”.

At an emergency meeting of the UN Human Rights Council in Geneva on Thursday, Michelle Bachelet spoke of her deep concern over the spike in violence between Israelis and Palestinians in East Jerusalem and Gaza earlier this month.

Contrary to Israel’s claims, the UN human rights chief also said she had seen no evidence that civilian buildings targeted and bombed by Israeli forces were being used for military purposes.

“If found to be indiscriminate and disproportionate in their impact on civilians and civilian objects, such attacks may constitute war crimes,” Bachelet said.

“Although Israel undertook a number of precautions, such as advance warning of attacks in some cases, air strikes in such densely populated areas resulted in a high level of civilian fatalities and injuries, as well as the widespread destruction of civilian infrastructure.”

Before a fragile ceasefire came into force last Friday, over 11 days Israeli air strikes and artillery fire killed 253 Palestinians, of which 66 were children, and wounded more than 1,900, according to the health ministry in Gaza.

On 18 May, a building that housed the media offices of many publications including the Associated Press, Al Jazeera and Middle East Eye was flattened by Israeli F-16s, provoking dismay and calls for investigation from the international community.

Meanwhile, rocket strikes from Gaza killed 12 people in Israel, including one child and a teenage Palestinian citizen of Israel, medics say. Some 357 people were wounded in Israel.

Bachelet urged Hamas and all other armed groups in Gaza to refrain from firing indiscriminate rockets and mortars.

“There is no doubt that Israel has the right to defend its citizens and residents… However, Palestinians have rights too. The same rights,” Bachelet told the 47-member council, which is set to launch an internatonal investigation into the “systematic” abuses inside Israel and the Palestinian territories.

Disclaimer: UN: Israel's air strikes on Gaza could constitute war crimes By Francesca Ebel - Views expressed by writers in this section are their own and do not necessarily reflect Latheefarook.com point-of-view