Banat, who intended to run in parliamentary elections before they were cancelled earlier this year, died during his arrest by Palestinian Authority forces 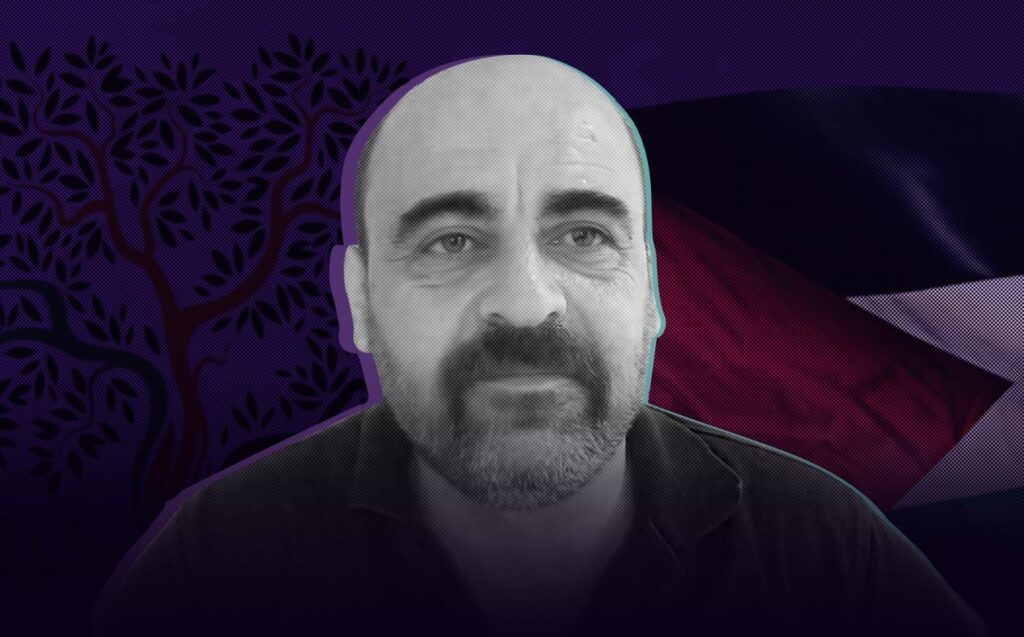 Banat, 43, came from the town of Dura in the Hebron district of the occupied West Bank (MEE)

The death of Nizar Banat shortly after being detained by Palestinian Authority (PA) forces in the early hours on Thursday has sparked shock and anger in the occupied West Bank, prompting protesters to take to the streets.

But who was Banat, and why is his death – which some have dubbed an “assassination” – so significant?

The prominent Palestinian political activist and an advocate of free speech was known for his outspoken videos on social media criticising the PA for its corruption, as well as its security coordination with the Israeli military in the occupied West Bank.

Banat’s family has accused PA security forces of killing him after storming his house around 3:30 am on Thursday, beating him and taking him away while semi-conscious.

“Now the Dayton authority is arresting political activist Nizar Banat and confiscating all his possessions, including computers and phones, and brutally assaulting him,” the post read.

PA forces are regularly referred to in a derogatory way by Palestinians as “Dayton forces”, in reference to former US Security Coordinator Keith Dayton, a lieutenant general who trained PA forces in the late 2000s.

Banat, a 43-year-old resident of the town of Dura, in the southern West Bank district of Hebron, leaves behind a wife and five children.

A former member of the Fatah movement, the de facto ruling party of the PA, Banat had been campaigning as a candidate for legislative elections on the Freedom and Dignity list.

The elections, initially scheduled for May, were postponed by PA President Mahmoud Abbas in April. While Abbas cited the voting rights of Palestinians living in occupied East Jerusalem as a reason to push back the elections, critics have accused him of seeking excuses to avoid a vote due to his party’s unpopularity.

Banat was well known for his extensive knowledge of Palestinian political and social history, often recalling anecdotes about the Palestine Liberation Organisation (PLO) in the 1970s or the British Mandate of Palestine before 1948 in order to make his point.

His Facebook page, where he published videos and posts, has 114,000 followers,

According to his family, Banat had been imprisoned by the PA eight times – each time for durations of several months. In one of the most well-known stories about his time in PA prisons, Banat is said to have told PA security officers that whoever interrogated him “must have a tawjihi [high school graduation] certificate with distinction”.

In May, bullets, stun grenades and tear gas were fired at the Banat family home while his wife and children were inside.

Banat accused ruling party Fatah of being behind the attack, and called on the European Union to cut its financial aid to the PA.

Muhannad Karajah, a member of the Palestinian Lawyers for Justice group, told Middle East Eye that Banat had called him on Wednesday and told him that he was being subjected to threats by the PA’s intelligence service, who had demanded that he stop his criticism of the authority.

In November, the European Union denounced Banat’s arrest at the time after he had published a video lambasting Palestinian politicians.

“The EU firmly opposes actions aimed at limiting the space in which civil society and media can operate, and expects the Palestinian authorities to meet the standards of the International Human Rights conventions,” the statement said.

On Thursday, United Nations Middle East peace envoy Tor Wennesland tweeted that he was “alarmed and saddened” by Banat’s death.

“I call for a swift, independent and transparent investigation. Perpetrators must be brought to justice,” he added.

PA officials announced on Thursday afternoon that Prime Minister Mohammad Shtayyeh had ordered an official investigation committee into Banat’s death – but Palestinian protesters and rights groups have called for an independent investigation.

Critiques of the PA

Among his many criticisms of the PA, Banat denounced PA security forces for being beholden to Abbas’s Fatah party.

The EU is one of the biggest donors to the PA. On Tuesday, the European Investment Bank signed multiple agreements with the PA to inject $425m into the Palestinian private sector, hit hard by the pandemic.

In response to Abbas’ decision to call off the parliamentary and presidential elections, slated for 31 July, Banat and his list published a statement asking EU courts, including the European Court of Human Rights in Strasbourg, to order an immediate cessation of financial aid to the authority.

Banat had also accused the PA of perpetrating torture on political dissidents detained in its prisons.

In one of his last videos on Facebook, Banat slammed PA Prime Minister Mohammad Shtayyeh as a “puppet” for accepting one million Covid-19 vaccine doses from Israel approaching their expiry date.

The PA eventually cancelled the shipment following reports that the soon-to-be expired doses would be given to the PA in exchange for giving Israel a future shipment of new Pfizer vaccines, angering Palestinians.

Since his death, Palestinians have been widely sharing Banat’s previous writings and videos.

Eerily, one such post, published weeks ago, was a list of tactics allegedly used by the PA to tamp down on criticism after killing dissidents – tactics including denial, rumours, and silencing sympathy with the victim.

Disclaimer: Who was Nizar Banat, the outspoken critic who died in Palestinian Authority custody? By Mustafa Abu Sneineh - Views expressed by writers in this section are their own and do not necessarily reflect Latheefarook.com point-of-view