Wickremesinghe had previously declined a unanimous request from the UNP working committee to take up the seat, calling for a younger member to represent the party in parliament instead.

A source close to Wickremesinghe told EconomyNext on April 15 that Wickremesinghe didn’t deem it appropriate for him to enter parliament through the national list as he was decidedly defeated at the polls.

The party nominated Wickremesinghe for the position June 16 morning.

The UNP suffered the party’s worst defeat in its history at the August 2020 parliamentary elections, failing to secure even a single seat barring the one national list seat. The exodus of a faction led by then UNP deputy leader Sajith Premadasa contributed significantly to the party’s spectacular defeat.

Meanwhile, the SJB, Sri Lanka’s main opposition party, claims Wickremesinghe’s entry to parliament is the result of a deal made with the ruling Sri Lanka Podujana Peramuna (SLPP).

SJB parliamentarian S M Marikkar told reporters June 18 morning that 60 backbencher MPs of government will likely rally behind Wickremesinghe, but that will not help him become opposition leader.

“The opposition leader is from the party with the highest number of opposition MPs and is appointed through a letter signed by that party’s general secretary,” said Marikkar.

Asked about the party’s stance on defeated candidates entering parliament through the backdoor, UNP general secretary Palitha Range Bandara said: “This isn’t about party policy. It’s about what the country needs at this juncture, at a time when the Treasury says we don’t have enough foreign exchange reserves to last us three months. So you can imaging the state of the economy.”

“People are facing economic hardships. We have to decide who the suitable person for is for this and we discussed as a party and the working committee decided unanimously to send to parliament a person that not just the party needs but the entire country needs,” he added. (Colombo/June18/2021) 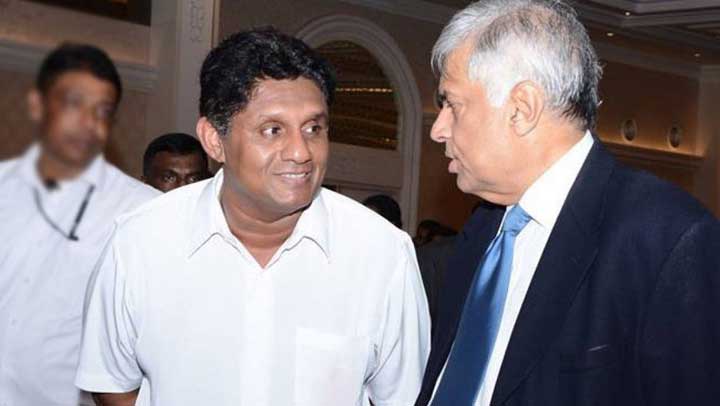 Disclaimer: Gazette issued naming former Sri Lanka PM as MP; opposition sees underhand deal - Views expressed by writers in this section are their own and do not necessarily reflect Latheefarook.com point-of-view