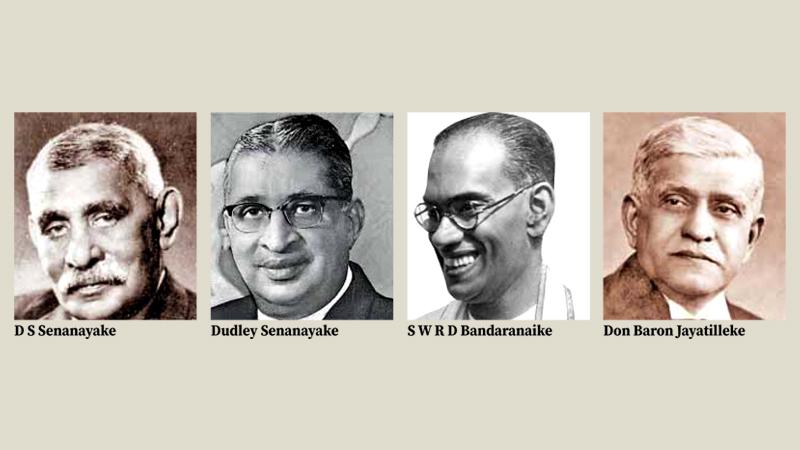 It is said in several fora that when we were given Independence on a platter by the British in 1948, our economy in Asia was only second to that of Japan. In this context it is relevant that Japan which was ravaged in the Second World War in 1945 had recovered to the extent of being the first ranked economy within three years. 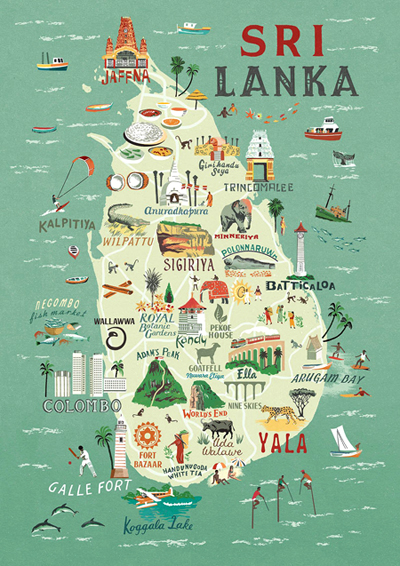 The “Jewel in the British Crown”, India which had been sapped dry by their colonial masters and other Asian countries were at this stage economically struggling with a sizeable proportion of their citizens in abject poverty and virtually starving as they could only have one meal per day. Of course, quite a number virtually starved to death.

Our ancestors and their progeny did not face this tragedy. On being granted independence with not one bullet fired in anger, the tragic slide of our economy commenced. Within a couple of years, most other Asian countries which were referred to as Tigers [not to be confused with the LTTE] made rapid progress.

I was the only Executive Director of a multi-national Korean company for 12 years after my retirement from the Air Force. At informal meetings with my Korean colleagues, they asked me, “What went wrong”? My considered reply was that, “We ate what we had and frittered that which we earned”. They joked with me that on our being gifted our Independence, we opted for “democracy” while they who had got over the ravages of war had opted for “development”.

We had got our wires crossed and were belatedly trying to emulate them while they were on the path of democracy only after they had reached an acceptable level of development. The proof of the pudding is in the eating. Any Sri Lankan visiting an “Asian Tiger” land will only stand and stare in awe and weep for our motherland.

In retrospect, I have pondered on the tragedy that has befallen us from 1948 to date. My conclusion is that we with our sense of democracy elected self-seeking scoundrels from the time of our much bandied Universal suffrage. My thoughts on this subject are briefly as follows. The rightful person who should have been at the helm in leading the then Ceylon was the incomparable philanthropist Sir Don Baron Jayatilleke. He gifted his prized possession “Thurban House” on Bauddhaloka Mawatha to be utilised to house the Department of the Public Trustee. To date, this magnificent edifice houses this department.

He also gifted his coconut estate: viz “Pitakanda Estate” at Maduragoda, Kurunegala. All proceeds from the estate were to be utilised for the maintenance of the “Thurban House”. Any unutilised funds were willed to be distributed for educational, charitable and social work as decided by the Public Trustee.

This Oxford University educated gentleman was not a typical “Lord of the Manor”. In 1924, he stood for election in the Legislative Council. He was so hugely popular to the extent that no one dared to contest him. Thus, having been elected uncontested, his Deputy was D S Senanayake. The latter realised that the Colonial rulers will quit Ceylon in the foreseeable future and the first Prime Minister will be Sir D B Jayatilleke. He hence, activated an internal conspiracy to oust Sir D B Jayatilleke and manoeuvered for Jayatilleke to be posted to India as our High Commissioner there. This honourable gentleman agreed to proceed without realising that he was committing “political hara kiri”. It was several years later that he realised that his throat was slit by some of his political colleagues. He died in India a heart broken person.

When D S Senanayake became Prime Minister, his deputy was the suave Oxford Educated luminary S W R D Bandaranaike. The scheming Senanayake who was a master of Nepotism made political life difficult for his deputy as he desired to make his son Dudley his successor. Fawning lackeys have created the illusion that D S Senanayaka was to be considered the “Father of the Nation”.

When he fell off a horse and expired, it was an open sesame for Dudley Senanayake to step into the Prime Minister’s Office. The deception continued. The lackeys described this person as a gentleman. This is far from reality. If he was a Gentleman and not a common hypocrite he should have invited Bandaranaike to his rightful position: viz the Premiership.

Bandaranaike had struck out on his own and the rest is History. While this father and son schemers were at the helm, there were rumblings that the populace was experiencing difficulties in making ends meet. Hence, they decided to give massive subsidies in food and other essentials. This largesse could not be sustained for long. Hence, a couple of years later, the disgruntled masses came out in an uprising which is referred to as a “harthal”. The so called “gentleman” Dudley could not stomach this situation and hence handed over the reins to his colleague Sir John Kotelawala”, a man of the world”.

This Prime Minister was trounced at the subsequent polls by Bandaranaike who had marshalled the support of the panchabalavegaya: viz the Sangha, Teachers, Ayurvedic Doctors, Farmers and the Labour Class. He too had promised more than that which was possible. The rest is history.

One of the crucial factors that accelerated our downward slide were unscrupulous politicos who got involved in Trade Union activities. They cunningly advocated the so-called Buddhimathjanatawa to demand unreasonable increases of wages and to desist from diligent work. They indoctrinated that the “capitalist class” inclusive of the Government was exploiting the “sweat and tears” of the proletariat. As a result of this, productivity suffered and thus the cost of production of goods kept increasing which resulted in them not being competitive in the international market.

To make matters worse, these politicos when in the Opposition kept instilling in the masses the concept that the Government in power must succor to their demands. Hence, the public were demanding concessions and subsidies across the board which the Government even though it could ill afford was compelled to give in if it was to retain power in a subsequent national poll. Thus, funds that should have been utilised for the development of the country were frittered away to appease the misguided public.

This unfortunate phenomenon was an occurrence irrespective of any group of persons who were in power. My contention is borne out that recently when some tremors were felt in Digana, the people residing there were virtually demanding that the Government must step in to sort out the threat of a major earthquake!

When such a regrettable national mentality prevails, is it a surprise that due to the initial nepotism of the leaders who selfishly clung to their positions from the time of our getting independence on a platter until now manoeuvered themselves into office and made all possible efforts to retain it? Can we expect complete accountability similar to that prevailing in South Korea where its former President is now serving a prison sentence for her corrupt practices while in office?

In this context I quote Justice Khanna of the Indian Supreme Court,“Experience should teach us to be most on our guard to protect liberty when the Government’s purposes are beneficent. The greatest danger lies in insidious encroachment by men of zeal, well meaning but lacking in due deference to the rule of Law”.Hence, we can only ponder on the machinations of the selfish persons who monopolised the seats of power for the past 72 years.

Disclaimer: How Did the “Pearl of the Orient “Miss the Bus”? BY AIR VICE MARSHAL (RTD) A.B. SOSA - Views expressed by writers in this section are their own and do not necessarily reflect Latheefarook.com point-of-view