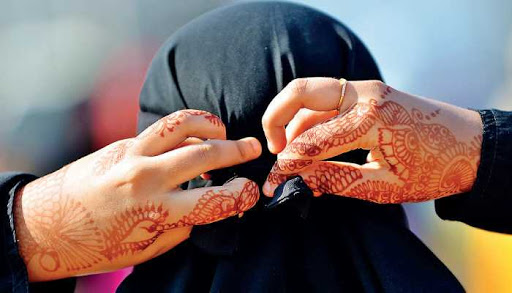 Extremism cannot be combatted by banning the face veil. Therefore, do not walk on that path. To do so will be to further endanger the delicate and sensitive socio-cultural fabric of this already torn apart society – Pic by Shehan Gunasekara

Let it be known that this column is about everything else except religion. Should not all the women including the Muslim women ask, “Who the hell are these men to dictate to us what to wear and what not to wear?”

If women want to be treated equally with regard to many issues, why not about the choice of dress? Is this patriarchal dominance? Male chauvinism? Sexism? Or, some form of inferiority complex? Are rights or equal treatment of women confined only to what a group of people like? Or, are these positions based on principles?

Funny, is it not, when the imposers of the ban labour to find lame excuses, knowing very well that they are depriving someone of the freedom of choice. The French Government prior to banning the burqa stated that it was to protect its secular Republican values. The then President Sarkozy who has now been sentenced to jail for corruption and bribery said that the ban on face veil is to protect women from being forced to cover their faces. Imagine this corrupt person posing as a hero to save the burqa wearing Muslim women of France!

Our blokes in Sri Lanka are pathetically sweating themselves with the consciously unconvincing ‘wisdom’ of national security as the reason for the ban. One wonders if these are markers of a disoriented state of the mind. Confusion at its finest which is, in our case, logically proven below.

What I personally like or dislike cannot be the benchmark for an issue of national security and extremism. These are matters to be decided rationally and logically based on principles and facts.

Internationally, there have been thousands of violent terrorist attacks around the globe. Terrorist groups and individuals have perpetrated over 3,000 attacks in 48 countries since 2013 per the Global Terrorism Index report. How many of these attacks have had any direct or indirect relationship or relevance to the face veil?

Locally, the LTTE was actively operating for 30 years, why was the burqa not considered an issue of national security at the height of the war? How can face veil suddenly be a national threat after 21/4, when it had nothing to do with the attack or the attackers? None of the attackers were clad in a face veil.

What then was the rationale behind imposing a face cover ban under the emergency regulations post 21/4? There was no evidence whatsoever correlating the face cover with the attacks. In this background, it is very clear that there is no causal relationship between the presently proposed face veil ban and the baselessly hyped ‘security threat’?

Ironically, the reverse of this can be true. The banning of the face veil itself may become a cause for national security. We have witnessed that with the ban on face cover during the Sirisena Government following the 21/4 attack, vigilante groups spontaneously appeared all over. These vigilantes were persecuting young Muslim girls and women who were only wearing the regular scarf. Muslim women avoided going out of their houses fearing for their safety.

Social media was replete almost on a daily basis with clips showing harassment, intimidation, arguments and scuffles in public places, super markets, banks, public transport, even in Galle Face. This unbearable tyranny was so irritating, annoying and a grave affront on an individual’s liberty that some of them were emotionally pushed to think that they should not have condemned the 21/4 attack.

Consistent and systematic harassment aggravates to marginalisation which ultimately leads to radicalisation of thinking culminating in violence. So, is the banning of face veil good or bad? Is it national security or something else that is the real reason for the burqa ban?

Robe was not banned

The late Prime Minister S.W.R.D. Bandaranaike seeing the Buddhist priest Talduwe Somarama Thero who had come to see him, came forward showing respect to the priest in the customary form. His reverence to the priest was reciprocated by a volley of bullets from a .45 Webley Mark VI revolver. The Buddhist priest pulled out the gun concealed under his robe and shot to kill the Prime Minister point blank.

No one hated or despised or abused the saffron robe after that cold blooded murder. The robe was never considered a national security threat. A ban on robe was not even contemplated. The wearing of the robe in public places was not restricted.

Even today anyone can wear a robe and carry a weapon under the robe. Any person can pretend to be a monk and wear a suicide vest covered by the robe. Some of the extremist monks, considered so by the media, are highly revered because of the robe and such a person can walk into any place where there is a security concern without much suspicion.

Which poses the security threat? Not being able to see a woman’s face or the flowing garment under which there could be concealment of a weapon? If it is the former, any authority can demand to see the face. If it is the latter, the robe of the monk, the cassock of the priest, the ‘thobe’ of the Moulavi and even the sarong of citizen Perera can pose a threat. Oh, nearly omitted mentioning the maxi dress of citizen Perera’s wife.

To be inspired by Hollywood, what could stop a terrorist wearing the Personal Protective Equipment (PPE) kit (a specialised dress worn for protection) and driving an ambulance to carry out an attack? When this is later found out, will there be a ban on driving an ambulance in PPE kit?

So, what is the point then? It is not the robe or the burqa or an endless list that has to be banned. What needs to be done is plain and simple. If there is a perceived national security threat take steps to institute proper security measures. No one cuts off the nose just because he has a common cold. The 21/4 incident is an extreme example of the disgraceful negligence of the authorities and yet they want to ban an absolutely unrelated face veil. The bureaucrats should think wisely and avoid making a fool of their own selves.

Why banning is dangerous

Agnes De Feo, a sociologist and documentary filmmaker who has studied the impact of the French ban on burqa, says it has had some unintentional effects. “Almost all the people wearing the niqab in France today started after the law [ban was implemented].” They considered the act of wearing the veil as one of “rebellion” against the French state, for depriving them of their fundamental right of choosing what to wear. A young convert named Emilie Konig, eventually fled to Syria to join the Islamic State. De Feo says she doubts she is the only one to travel to Syria.

‘Banning burqas isn’t a sensible response to terrorism’ was an article in the Washington Post of August 12, 2016. It cited the findings of a Researcher as follows: “Haroro Ingram, a research fellow at the Australian National University who studies extremist literature, notes that extremist groups have specifically used France’s face-veil ban as a recruitment tool.”

David Thomson, author of ‘The French Jihadist,’ said in one interview published Thursday. “For them, (the Al-Qaida) this (the ban) is a godsend.” Because the French authorities are doing the propaganda for them.

The simple conclusion is that extremism cannot be combatted by banning the face veil. Therefore, do not walk on that path. To do so will be to further endanger the delicate and sensitive socio-cultural fabric of this already torn apart society.

(The writer is an Attorney at Law and former corporate and legal advisor. He can be reached via [email protected])

Disclaimer: The Comedy Of Correlating National Security With Face Veil By Mass L. Usuf - Views expressed by writers in this section are their own and do not necessarily reflect Latheefarook.com point-of-view