OIC Council of Foreign Minister’s session is being held in Niger from 27-28 November 2020.OIC meeting comes at a time when Indian occupation forces in Indian Illegal Occupied Jammu & Kashmir (IIOJ&K) are conducting military operations against Kashmiri youth including women and massive killings of Kashmirs. Pakistan will expose India for its human rights abuses in occupied Kashmir.

Pakistanis is in the lead role of this meeting, where Foreign Minister of Pakistan will apprise the participants on the prevailing situation of IIOJ&K. India is being widely criticized by many  world Human rights organizations for its atrocities against  minorities / Muslims particularlyKashmiris. In Indian illegally occupied Jammu and Kashmir, India has deprived Kashmiri people of all their basic rights to maintain its illegal occupation over their homeland. Indian Armed Forces have been killing, arresting and detaining innocent Kashmiris and destroying their property in violation of all international laws. After August 5, 2019, India enacted several laws including land and domicile laws to change the demography of the territory.Today India is isolated for having its disputes with almost all neighboring countries.

India is escalating Kashmir conflict and fundamental right of self-determination is being labeled as terrorism but in fact, the real threat to India’s security is itsHuman Rights violations inside IIOJ&K and inside its mainland as well.

Modi government’s illegal action i.erevoking of article 370 to alter IIOJ&K demographics by violating international humanitarian laws. Narendra Modi-led fascist Indian government has put the peace of the entire world in perils by abrogating Article 370 of the Indian Constitution that granted special status to Jammu and Kashmir and annexing it with India on August 05, 2019. It also divided IIOJK into two federally administered union territories – Jammu and Kashmir and Ladakh. After repealing the Article 370, New Delhi put the illegally occupied territory under strict military siege, confining millions of Kashmiris to their homes and arresting thousands. Continued curfew, restrictions and communications blackout led to humanitarian crisis in IIOJK. At the same time, Indian troops intensified violent cordon and search operations across the territory.

The Modi government imposed several federal laws and introduced new domicile rules in IIOJK. In gross violation of the UN resolutions and the international law, it has granted domicile status to thousands of non-Kashmiri Hindus including some IAS officers. The local people fear that more than 800,000 Indian soldiers and over 600,000 migrant labourers present in the territory might also be granted the domicile status in the coming days.

The BJP regime, as part of its anti-Muslim policies, is also replacing the Muslim names of important places and departments with Hindu names in IIOJK. The birth anniversary of former Chief Minister, Sheikh Abdullah, and Kashmir Martyrs’ Day on July 13 have been dropped from the list of public holidays. The Modi govt has initiated the process of delimitation of Lok Sabha and assembly constituencies in IIOJK with an aim to give more seats to Hindu-dominated areas of Jammu division. At the same time, it has flouted a new political front of its collaborators led by AltafBukhari in the name of Jammu Kashmir Apni Party.

The basic objective behind all these unilateral illegal measures is to convert IIOJK’s Muslim majority into a minority by settling Indian Hindus in large numbers. It is also aimed at damaging the essence of the UN resolutions on the Kashmir dispute and affect the results in India’s favour if New Delhi is compelled to hold a plebiscite in Jammu and Kashmir at any point of time in the future.

The Pakistani leadership has always represented the Kashmiris’ aspirations and never betrayed the faith reposed on it by the Kashmiri people. It was his commitment to the interests of the people of Kashmir that drove father of the nation, Quaid-e-Azam Muhammad Ali Jinnah, to visit Jammu and Kashmir three times before 1947. He had rightly termed Kashmir as the “Jugular Vein” of Pakistan. Prime Minister, Imran Khan, in his address to the UN General Assembly, drew world’s attention to the worsening humanitarian crisis in IIOJK after Modi government’s 5th August illegal move. He repeatedly warned the world that Modi government’s Hindutva policies and aggressive posture posed serious threat to the peace in the region and the entire world. Pakistan’s Foreign Ministry is consistently updating the world leaders on the Indian brutalities in IIOJK. The Pakistan Parliament has passed several resolutions since August 05, last year, expressing solidarity with the oppressed people of IIOJK and condemning India’s illegal actions in the territory.

OIC and especially Arab nations should ask India to stop islamophobia / biased actions against Muslims.OIC must also take serious not on the state terrorism and Human rights violations of Modi government in IIOJ&K and mainland India.

Disclaimer: 47TH OIC COUNCIL OF FOREIGN MINISTER - Views expressed by writers in this section are their own and do not necessarily reflect Latheefarook.com point-of-view 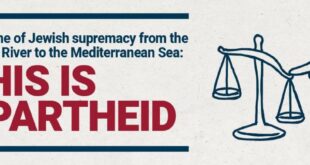 A regime of Jewish supremacy from the Jordan River to the Mediterranean Sea: This is apartheid By B’Tselem 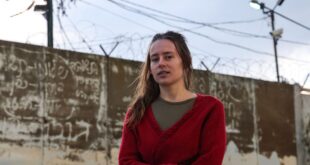 ‘I refused to join the Israeli army, it justifies violence and inequality’ 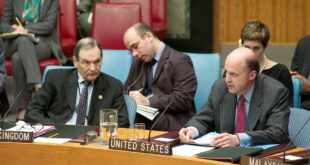 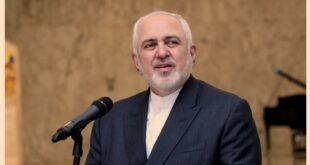