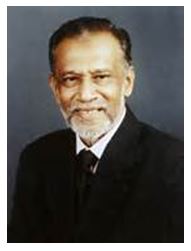 According to reports United States has given the green light to its allies to normalize ties with Syria. Already  US allies  Sudan,  UAE, Bahrain, Hungary, Saudi Arabia, Egypt, Lebanon, Jordan, Bulgaria, Greece, Cyprus and Austria restored ties with Syria ruled by Bashar Al Asad who    turned ancient Syria   into a slaughter house.

In the wake of Arab uprising in 2011 the oppressed and brutalized Syrians also came out on peaceful demonstrations seeking political freedom and dignity, end to arbitrary arrests, indefinite detention, endless torture and killings.

They did not ask for regime change. However Syrian despot Bashar Al Asad responded by unleashing unprecedented barbarity to crush the democracy movement. Mass uprising spread all over Syria.

Peaceful people were arrested and tortured by electrocution, whipping, beating with batons and by breaking their legs. They twisted the feet until the leg breaks. They performed operations without anesthetics and slammed detainees’ heads against walls. They shackled the patients to beds and denied them water. Others have their penises tied to stop them from urinating” stated several   reports.

In the process Bashar turned cities and villages into virtual graveyards. Senseless bombing and destruction of infrastructure deprived people of food, water, electricity and shelter forcing them to leave all their belongings, abandon their homes and flee  only to languish  in refugee camps in appalling conditions in neighboring Turkish and Lebanese villages.

According to Syrian human rights activists, an Alawite group shot on   demonstration in Homs, picked up the wounded and sent them to their military hospitals only to torture and torment them to death.

Bashar, groomed by his cruel father Hafiz Al Assad who massacred around 30,000 Sunni Muslims in Homs in the early 1980s, belongs to minority Alawites; a section of Shiite group which is around 10 percent of Syria’s population. However these Alawites control power, politics, economy and everything in Syria. Those demanding political reforms are majority Sunni Muslims who are more than 80 percent of the population but remain oppressed and brutalized for more than six decades.Thus the bloodbath in Syria has a Shia-Sunni twist involving almost all regional and international players with their own agendas.

Meanwhile a spokesperson of the US State Department recently claimed that US has no plans to “normalize or upgrade” diplomatic relations with Bashar Al-Asad’s regime. It also claimed that Washington does not want to encourage others to do so.

This was, said the spokesperson, because of the “atrocities inflicted by the Assad regime on the Syrian people… Assad has regained no legitimacy in our eyes, and there is no question of the US normalizing relations with his government at this time.”

We can assume from this that if such atrocities come to an end, so too might Assad’s estrangement from America. Other countries are not so coy, though. A number of countries, all of them US allies, have already re-established relations with Damascus and it is inconceivable that they would have made such a move without a green light from the White House.

James Jeffrey, the American special representative for Syria under former President Donald Trump, said    that the US under Joe Biden is keeping silent regarding the ongoing moves to integrate the Assad regime into the international system. “What we are not doing now is discouraging the Emiratis and others from doing these openings [of embassies] to Assad.”

Moreover, senior Jordanian, Egyptian and Lebanese officials have recently met with their Syrian counterparts in Damascus and discussed the revival of the Arab Gas Pipeline project. Apparently they don’t fear US sanctions imposed by the Caesar Act on any country engaged in any meaningful dealings with Syria.

Maher Sharafiddine, a Syrian journalist living in exile, told Al Jazeera TV on Tuesday that the ongoing wave to reintegrate Syria into the Arab and international communities was given the go ahead by the US.

It has to be admitted that no matter what Assad does, his record on human rights will never match that of the United States. And he will not be the only criminally authoritarian tyrant   backed by America in the Middle East (or anywhere else). All of the Arab leaders are of that ilk, including the kings and princes in the Gulf States. Despite claims to the contrary, America isn’t very particular about its friends; it certainly doesn’t push democracy when its “interests” dictate otherwise. Not only does it support the Egyptian dictator Abdel Fattah Al-Sisi, for example, but it also kept quiet about the military coup that he led to overthrow Egypt’s first democratically-elected president in 2013. Washington couldn’t even bring itself to use the c-word when commenting on the consequent violence in Egypt.

The US wants the Arab states around Israel to remain weak and divided and, most of all, dependent on Washington. That’s why it is simply not possible to believe that it hasn’t given the green light for states to re-establish links with Assad, regardless of what the State Department claims.

This is America, the so called champion of democracy, freedom and human rights and starving innocent Afghans by not releasing 9.4 billion dollar Afghan money demanding Taliban government ensure human rights while equipping Israel with latest deadly weapons to slaughter Palestinians in their own land.

Disclaimer: America’s green light to normalize ties with Bashar who turned Syria into a slaughter house. By Latheef Farook - Views expressed by writers in this section are their own and do not necessarily reflect Latheefarook.com point-of-view