United States President Joe Biden announced that they have killed Ayman el Zawahiri, Al Qaeda leader since the death of Osama Bin Laden in 2011, on Sunday 31 July 2022 in a drone attack when he was reading at the balcony of his villa in the high security diplomatic area in Kabul.

Taliban never forgot Ayman’s great contribution to them and he was killed in a house reportedly owned by senior Taliban leader Sirajuddin Haqqani.

Zawahiri was bin Laden’s right-hand man, once referred to as the “real brains”, one of the main strategists and the intellectual driving force of al-Qaeda. Taliban condemned the crime, saying it was a violation of the Doha peace agreement they signed with the US government.

What was hidden from the world was the fact that Al Qaeda was trained and equipped by US Central Intelligence Agency, CIA, when they were fighting Soviet occupation of Afghanistan. US, its western and Arab allies and Qaeda were all in one camp to defeat and drive out Soviet forces from Afghanistan.

Once Soviet Union was defeated and driven out of Afghanistan, Osama bin Laden and Ayman al Zawahari-wanted US and its allies to leave the region .However US, Europe and Israel ,with the collaboration of their ruling Arab stooges , had their agenda to plunder the resources and destabilize the Middle East.

Therefore Osama bin Laden and Ayman el Zawahari turned their struggle against US and its allies only to be demonized by war mongers’ western media as terrorists.

Osama bin Laden, belonging to a billionaire Saudi family involved in construction industry, was killed by former President Barack Obama in 2011. However rejecting this claim there were several reports claiming that he died a natural death.

Ayman el Zawahari is also from a very rich background . He was an ophthalmologist from a distinguished family in Egypt, where his grandfather, Muhammad al-Ahmadi al-Zawahiri, was the Grand Imam of Al-Azhar Mosque during the first quarter of the 20th century, while one of his maternal grand uncles was Abdul Rahman Hassan Azzam, the first Secretary-General of the League of Arab States.

Zawahiri’s maternal grandfather, Abdel Wahab Azzam, was a professor of oriental literature and the dean of the Faculty of Arts at Cairo University in the 1930s. His father was a prominent doctor and professor of medicine at Ain Shams University, while his uncle, Mahfouz Azzam, was vice president of the Labour Party.

It was into this family of eminent clerics, scholars and and politicians in Cairo that Zawahiri was born on 19 June 1951. He grew up in the upscale neighborhood of Maadi.

Now the question is why should a man with such a rich background take to violence? All because of US-European crimes and atrocities against Muslims and destruction of Muslim countries besides their blind support to Israel whose crime record is second only to German Nazis. He considered Arab rulers, most of them installed in power by US, UK or France were willing collaborators with US and its partners in their crimes against Muslims.

At 14, he joined the Muslim Brotherhood, the pre-eminent Islamic force of the 20th century, and came under the influence of its most respected intellectual Seyed Qutb and became involved with political Islam movements at an early age, in the 1960s.

Qutb believed the world had entered a period of jahiliyyah – “ignorance” in Arabic – in which humans had rebelled against divine rule in favour of the rule of secular human laws, and that the true Muslim community had ceased to exist.

The writings of Seyed Qutb had deeply influence on Zawahiri, as they were on Bin Laden, and following Qutb’s execution in 1966, he said he would make it his life’s work to “put Qutb’s vision into action”. Zawahiri was also deeply affected by the torture and execution in 1965 of Seyed Qutb, whom he considered a role model who sacrificed his life for his ideas and principles.

In 1981, following the assassination of Egyptian President Anwar Sadat who was regarded as a traitor by many for signing a peace deal with Israel Ayman shouted from a courtroom cage “We have sacrificed and we are still ready for more sacrifices until the victory of Islam.”

Zawahiri was arrested, imprisoned and tried among hundreds of others who were brought to trial in connection with the assassination. He spent three years in prison, but was acquitted.

Following his release from jail, Zawahiri travelled to Pakistan, where he worked as a medic, helping to heal wounded mujahedeen fighters. It was here that he came into contact with Bin Laden,

The defeat of the Soviet-backed government in 1989 left Afghanistan in the hands of the Taliban with same beliefs as al-Qaeda. The presence of foreign forces on the soil of “Islamic lands” enraged Bin Laden and Zawahiri and – combined with ongoing Israeli occupation of Palestinian lands – provided their justification to expand their campaign.

The two wrote in a joint declaration in 1998 that “the ruling to kill the Americans and their allies – civilians and military – is an individual duty for every Muslim to liberate the Al-Aqsa Mosque [in Jerusalem] and the holy mosque [in Mecca] from their grip, and in order for their armies to move out of all the lands of Islam, defeated and unable to threaten any Muslim,”

Following 9/11, the US State Department offered a $ 25m reward for information or intelligence leading to Zawahiri’s capture. Over the next 10 years, al-Qaeda spread its influence across the world.

Describing the US move to shift its embassy in Tel Aviv to Jerusalem as evidence negotiations and ‘appeasement’ have failed Palestinians, Zawahiri called for Jihad-Holy War. 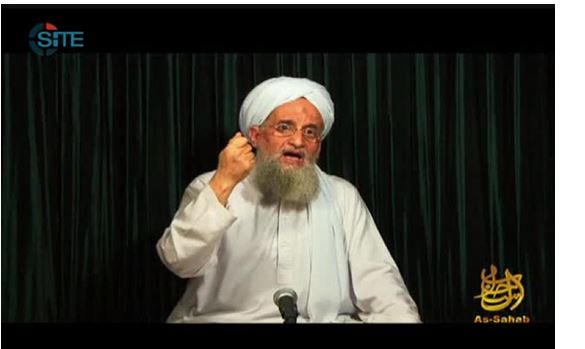 In a five-minute video entitled “Tel Aviv is also a Land of Muslims,” el Zawahiri , referred to the Palestinian Authority as the “sellers of Palestine,” and urged followers to take up arms.

He added that Bin Laden had declared the US “the first enemy of the Muslims, and swore that it will not dream of security until it realises reality in Palestine, and until all the armies of disbelief leave the land of Muhammad.” He argued that Islamic countries had failed to act in Muslims’ interests by entering into the United Nations, which recognized Israel. 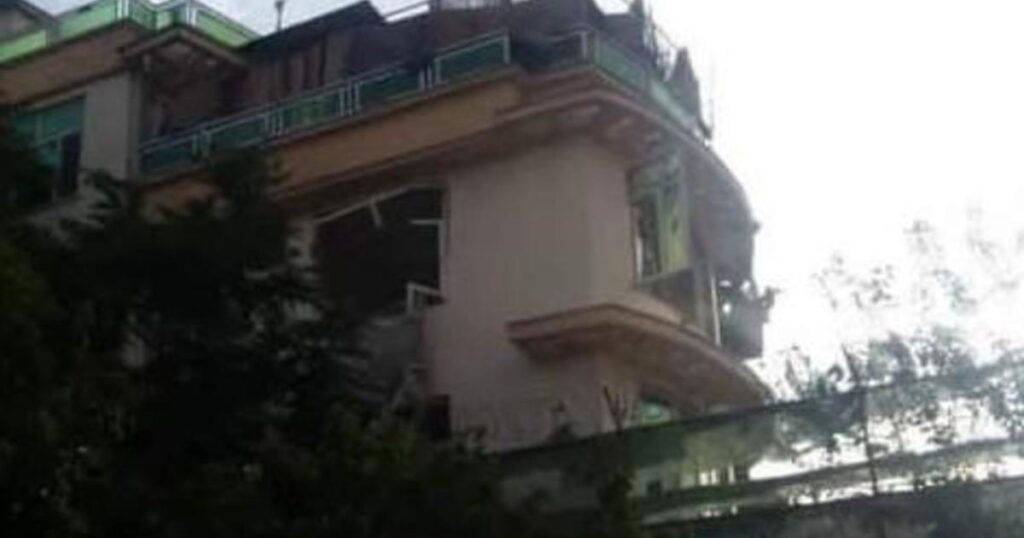 The house in Kabul that was hit by the strike that killed al Qaeda leader Ayman al-Zawahiri. The UK embassy is less than 1,000 feet away. 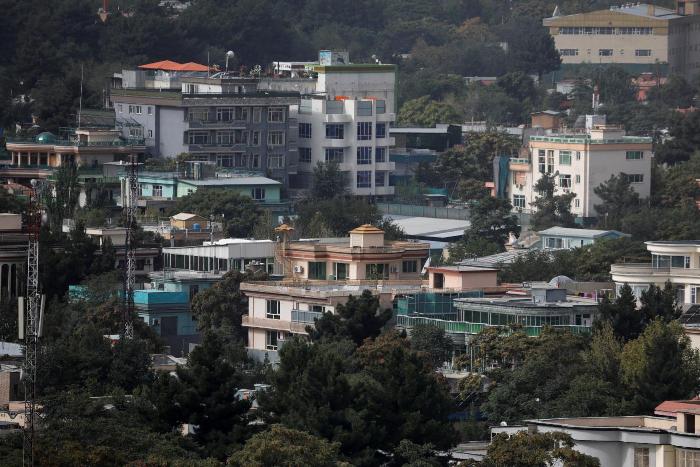 Disclaimer: America killed Al Qaeda leader Ayman el Zawahiri - Views expressed by writers in this section are their own and do not necessarily reflect Latheefarook.com point-of-view