Santishree Dhulipudi Pandit, the first woman vice chancellor of Jawaharlal Nehru University, is a Hindu hardliner and has supported calls for genocide of Muslims, targeted Christians, students and farmers on Twitter.

She deleted her Twitter account on Monday after netizens started pointing out her objectionable tweets following her appointment as vice chancellor of JNU.

Be it women of Shaheen Bagh or farmers protesting against agricultural laws or students of JNU and Jamia fighting for their rights, no one has been spared by her. 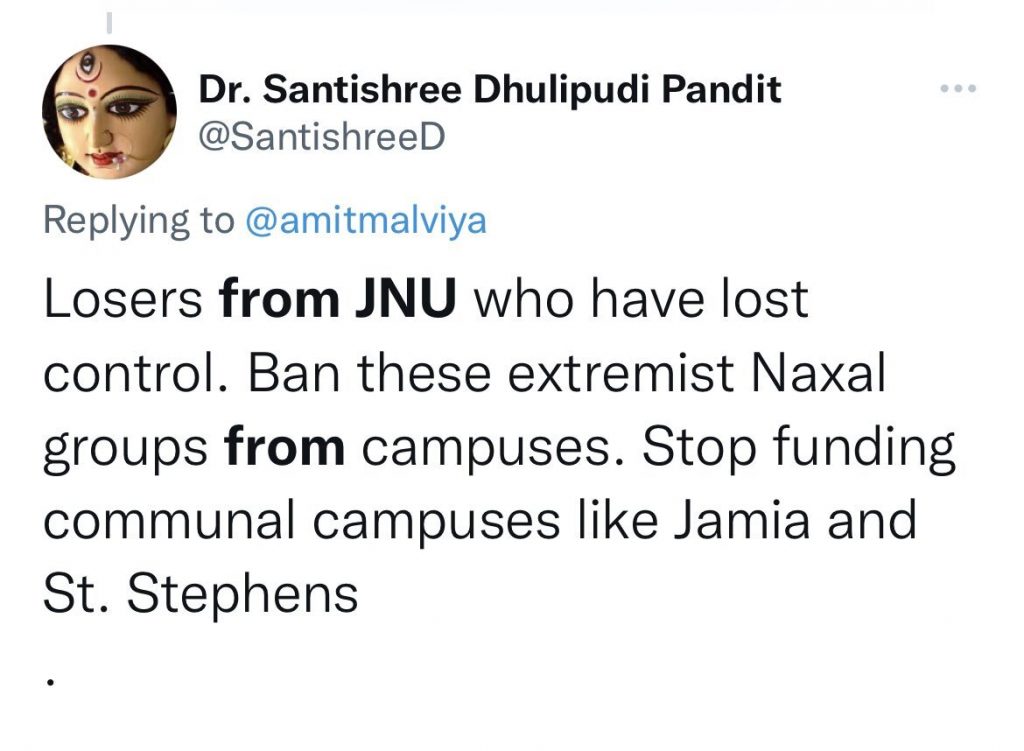 She has termed women of Shaheen as “jihadists” and farmers as “liars and losers” on Twitter. She has frequently been targeting Islam on the basis of popular Islamophobic narratives. 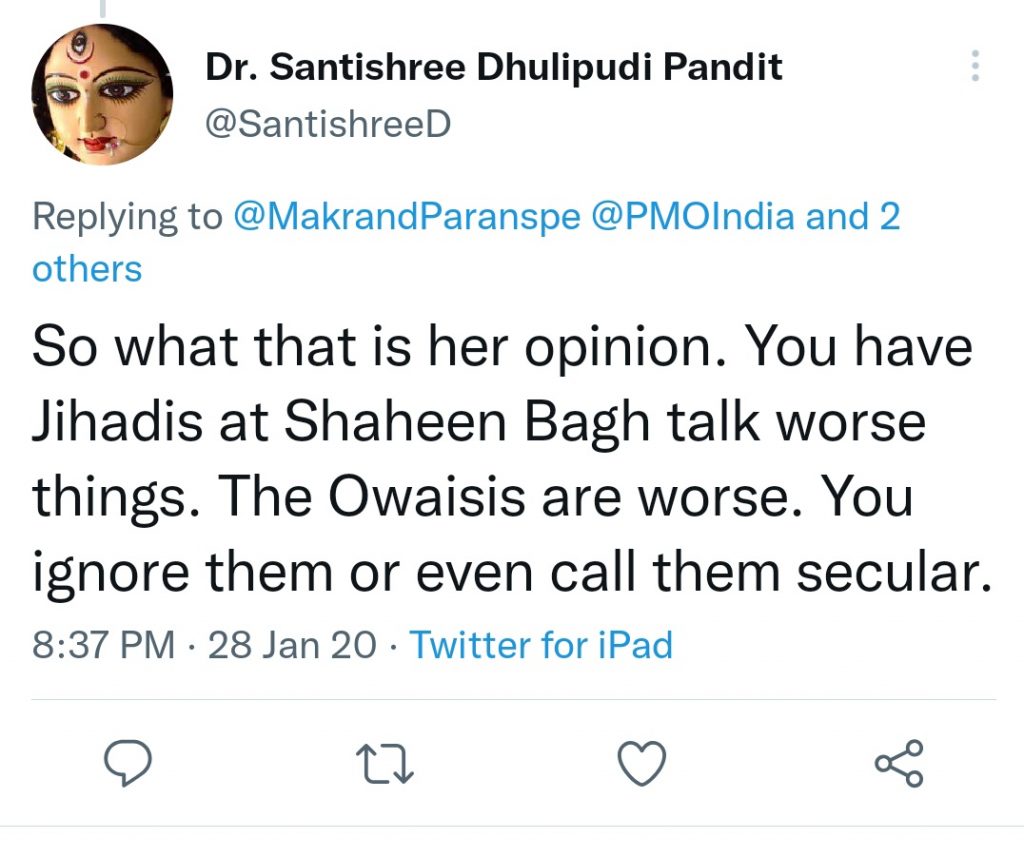 Once she openly called for putting Indian Muslims in concentration camps. “Do it like the Chinese do with these mentally ill Jihadists,” she said on Twitter. 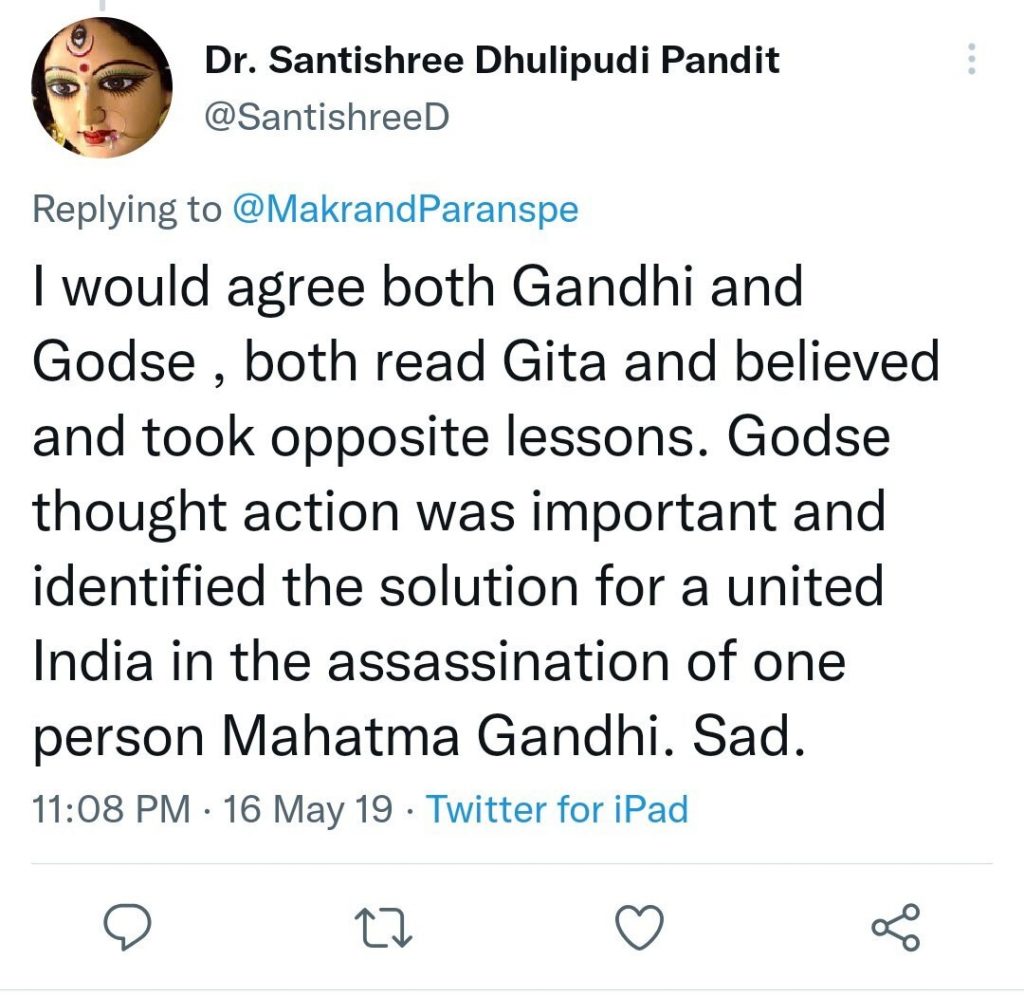 She is a staunch supporter of India’s Hindu nationalist Prime Minister Narendra Modi. Hence, she seems to have crossed all limits of decency to attack those who dared to criticise her “dear leader”.

She has made highly objectionable references to journalists, activists and film personalities such as Hollywood actress and singer Rihanna and Indian journalist Arfa Khanum Sherwani.

Disclaimer: A supporter of Muslims genocide is the new VC of JNU - Views expressed by writers in this section are their own and do not necessarily reflect Latheefarook.com point-of-view