In Indian illegally occupied Jammu and Kashmir (IIOJK), National Conference Vice-President, Omar Abdullah, has mocked the authorities in the occupied territory for illegally locking People’s Alliance for Gupkar Declaration (PAGD), leaders in their homes ahead of a peaceful protest against the recommendations of Delimitation Commission in Srinagar.

In a tweet, Omar Abdullah said, “Good morning and welcome to 2022. A new year with the same police illegally locking people in their homes and an administration so terrified of normal democratic activity.”

He said that trucks have been parked outside the gates of the homes of PAGD leaders to scuttle the peaceful protest of PAGD sit-in protest. Some things never change, he added.

Abdullah, whose father and veteran politician Farooq Abdullah heads the PAGD, claimed, “Talk about a lawless police state, the police have even locked the internal gate connecting my father’s home to my sister’s. Yet our leaders have the cheek to tell the world that India is the largest democracy, hah!!” 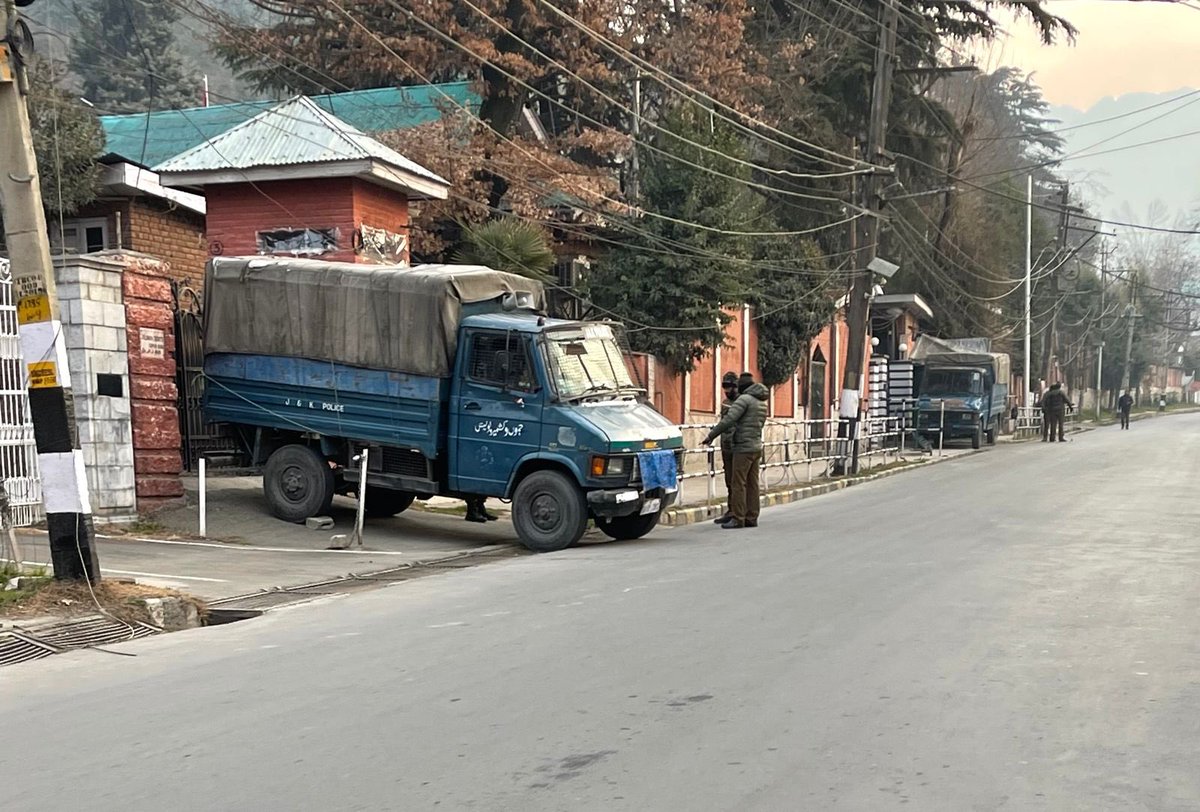 Meanwhile, Peoples Democratic Party President Mehbooba Mufti also tweeted that she had been placed under detention. “A truck is parked outside my house too,” she said in a tweet.

The PAGD had proposed to hold a peaceful demonstration in Srinagar on Saturday against the proposal of the Delimitation Commission of increasing six seats in Jammu division and one in Kashmir. With this, the number of seats in Jammu would have gone up to 43 and Kashmir to 47.

Disclaimer: Welcome to 2022; A new year with same tactics: Omar Abdullah - Views expressed by writers in this section are their own and do not necessarily reflect Latheefarook.com point-of-view