What will be our future like beyond the compelling horizon of COVID-19 Pandemic and its aftermath? Are ‘We, the People and Humanity’ going to be learning for global unity and consciousness of One Humanity to cope with immense problems arising from unpredictable socio-economic, medical, humanitarian and political imagination terrified by the dreadful threats of unknown future? Any rational answers would embody proactive intellectual, moral and scientific and political arguments comforting the human consciousness and convergence of knowledge, faith, values and will to meet the challenge of our future-making. Those politicians across globe claiming to be the leaders must realize public concerns and cynicism about their capacity to deal with problem-solving and to lead the humanity out of a scientific-political engulfed endemic in which secret of a futuristic harmonious humanity relies on a plausible vision of the future and effective vaccination and fully diagnostic recovery of societal future free of the COVID-19 impacts. Be aware that our common freedom, human unity and future are subject to tyranny of reason and expediency of global politics.

Towards Understanding Tragic Tensions of Politics and Scientific Cure

Many political leaders in the Western democratic culture failed to understand the wide range of social, economic, medical and political prejudices, legal injustice and vices of racial discrimination which compounded and highlighted the public portrait of racial injustices and degradation of human values for visible minorities, colored and indigenous people across the board. The consequential public outrage and demonstrations are historic reflections and were not attended by the systematic legal and moral values of the so called Western liberal democracies. Ostensibly large segments of societies – be it in America, Western and Eastern Europe were denied access to equal freedom, justice and role within the working culture of a viable society. The COVID-19 Pandemic has regained the sensitivity of such top level human concerns and priorities to be resolved and to restore human trust in equality of freedom, justice and political participation in a progressive culture of human unity and future-making.

In a time of global humanitarian crisis such as the COVID-19 Pandemic, we should demonstrate unity of minds and human inner soul that we are not alone – how we care about others, not “America First” or “Europe First” – affluent nations and so-called smart leaders hurriedly procuring vaccinations in bulk without caring for the rest of mankind. Often, politically aligned thoughts in Europe and America have ignored the humanitarian vitality of China and Russia or Asian-African nations for convenient political expediency. There appears to be lot of conjures to be cleaned and clarified for change and a new world order of collaboration and help when it is most needed beyond national flags and borders. We desperately need to re-organize our thoughts and genius for unity and coordination to pool the humanitarian resources to fill the political gaps of egoism and anarchy between inept patriotism and its global outreach to restructure our policies and practices to extend humanitarian help to all those who needed most, not the weapons of mass destruction, not the claims of individual greatness but a revitalized sense of One Humanity ready to protect the present and future of human civilizations. It is vital to a reasoned dialogue that we search contemporary history as to how previous generations and leaders have dealt with similar global pandemics. While most pharmaceutical organizations endeavor to develop workable medical cures, we could learn from the past human experiences.

We, the Humanity are composed of both physical and spiritual factors. Treating one and ignoring the other would be sheer inhuman. Ignorance and complacency should have no place when it comes to human health, safety and sustainable future-making. The medical experts acknowledge of a learning attitude from an ever-evolving disease. It knows no perfect explanation or cure to remedy the alarming problem. Strange as is, Husain Abdullah Bu Ali Sina – Ibne–Sina (Avicenna – “Canon of Medicine” and “Book of Healing”), a 10th century Islamic scholar, and Zakria Al-Razi (Russ), a 9th century scientist did treat plague and other diseases successfully. Time and opportunity call for a comprehensive approach to comprehend the consequential sickness and workout a remedial treatment inclusive of the physical and spiritual factors. Ibne-Sina (Avicenna) narrates – ‘whenever a critical problem confronted me, I prayed to God and found the cure.’ We, the humankind are composed of both the physical and spiritual factors. There is no perfection in finding out a workable cure without analytical argument and contradiction. Some researchers funded by corporate world are focusing on the computerized analytical vices and weaknesses of the cases under investigation. Perhaps a global conference of all the concerned ( people of knowledge, scientists and politicians) should be called for by the UNO or WHO to find an effective medical remedy.

To Envisage a Reasoned Discourse for Sustainable Global Future-Making

The COVID-19 pandemic crisis is a strand that can be found in the interwoven people’s thought and politics of the 21st century knowledge-based informed governance that echoes concerns and priorities that humanitarian imperatives are scarified for political expediency. The common sentiment of human solidarity is increasing over the inept nationalistic politics of the few like American and West European leaders. Politicians as they are cannot resolve an exceptionally complex medical problem. When a global paradigm of this nature and unpredictable scope hits the mankind, one cannot think to focus on national interest and political campaigns to get re-elected. We are witnessing the severity of this COVID-19 impact across the globe and how millions and millions reject the politically maneuvered ideological divisions, hatred and fear and opt for understanding, collaboration and human solidarity to fight the virus with ingenuity, compassion and global unity. It is impeccable for the thinking people of the globe to rise up to the challenge and demonstrate how best We, the People are connected together as One Humanity to encounter this invisible enemy of all without borders and nationalities. For several decades, the political elite of the global systematic governance remained pre-occupied with warfare a1nd insanity of victimizing good parts of the humanity in the Middle East, Asia South America and many parts of Africa.

America under President Trump failed miserably to understand the vitality of an effective leader to console the masses in situation of unusual crises, to know his own strength and weaknesses and to analyze the wisdom of people around him conducting the governing circle. President Biden should learn about a dangerous time and challenges of working genuine democracy to articulate a harmonious American culture of NEW THINKING and ACTION for change and revulsion against racial inequality, injustice and tormenting pains and sufferings endured by the neglected masses throughout the previous centuries of American history. Intelligent and conscientious leaders unite masses in crisis as Biden appears to hold that vision and priority. If he is not derailed by fraudulent political professionals looking for politically competing number games, Biden must realize that politics is always a discipline of problem-solving and services to masses. It is incumbent upon Biden and other Western leaders to RETHINK about their list of enemies as humanity will move forward in peace, not in conflict. The self-repeating flaws of the past should not be the agenda items of future in dealing with major nations of the world such as Russia, China, Asian and African states. ‘We, the People and Humanity’ are desperate for unity of minds and souls for a navigational change and global harmony and peacemaking- be it the cure of COVID-19 pandemic, Kashmir, Palestine, relations with Iran, nuclear disarmament, global climate, human rights, freedom and justice or future of peace and global harmony. Intelligent leaders always care for the People and are always open to listening and learning from others- the People of knowledge and wisdom.

The insane egoism that brought downfall of so many leaders in human history and Trump was no exception. This author recently observed (“American Presidential Election and Democracy Look for Change, Moral and Intellectual Leadership.” 11/2020:

Wickedness and piety cannot be combined in one human character. Trump inflicted disharmony and racial discrimination amongst the black and indigenous and colored population……. There is always inconsistency in a delusional mind and so is Trump paranoid and vengeful who has incapacitated the in-born faculties of American lifelines to be a morally and intellectually crippled and more of a besieged nation in its conduct of basic tenets of the American liberty, justice and democracy. This was not accidental but a planned scheme of things although unknown in its short-long terms consequences over its ability to cope with the change phenomenon for a sustainable future. America under Trump became an insane – a victim of its own obsession with power and fearful of its future.

Dr. Mahboob A. Khawaja specializes in international affairs-global security, peace and conflict resolution with keen interests in Islamic-Western comparative cultures and civilizations, and author of several publications including the latest: One Humanity and the Remaking of Global Peace, Security and Conflict Resolution. Lambert Academic Publications, Germany, 12/2019.

Disclaimer: Beyond COVID-19 Pandemic, Global Peace and Imperatives of our Future by Dr Mahboob A Khawaja - Views expressed by writers in this section are their own and do not necessarily reflect Latheefarook.com point-of-view 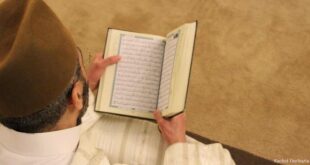 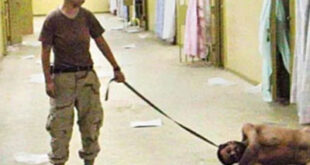 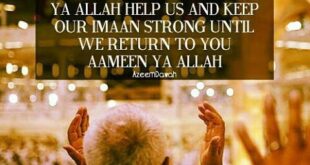 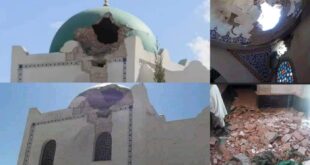