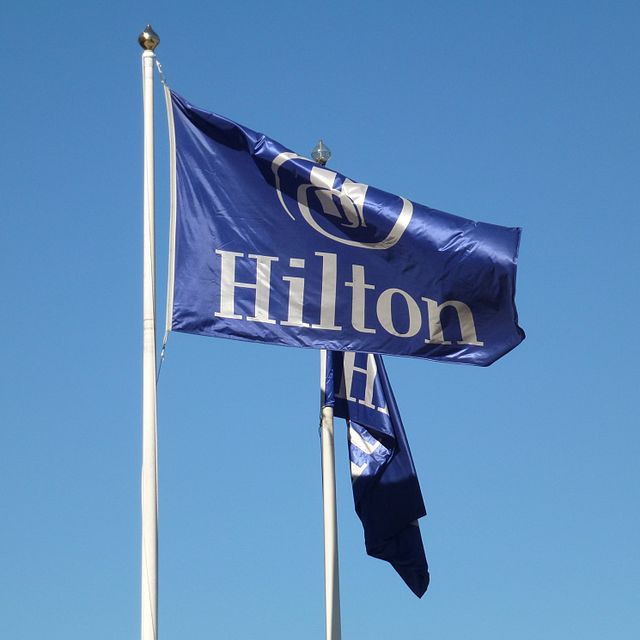 Media outlets are free to re-publish or distribute the commentary below with attribution.

As part of its campaign of genocide against its Uighur population, the Chinese government is actively working to wipe out any trace of Uyghur culture and history, especially the community’s Islamic identity.

By building a Hilton hotel on the site of a mosque demolished by bulldozers in the city of Hotan in Xinjiang Province, the Hilton Corporation is helping China accomplish its genocidal goal.

As Hilton must know by now, China has a long history of severe repression against the Uyghurs and other Muslim ethnic groups living in Xinjiang. The current genocidal crackdown began in 2014, when the Chinese Communist Party launched the “Strike Hard Campaign Against Violent Terrorism.” Under the guise of fighting terrorism, the government imposed harsh restrictions on Islamic religious practice and education.

During the period from 2014 to 2017, the Chinese government expanded its surveillance of Xinjiang’s Uyghur population. Uyghurs were forced to register for new biometric IDs that allowed for easy tracking and control. When the government launched a massive ‘voluntary’ biodata gathering campaign, Uyghurs were told that failure to participate would lead to detention. All electronic communication devices had to be registered. In 2015, China passed an anti-terror law that curbed freedom of religion and expression for Uyghurs. Predictive policing and AI technologies were used to profile Uyghurs.

In March 2017, Chinese authorities in Xinjiang passed the ‘De-extremification’ regulations, which banned the wearing of face veils, “irregular” beards, and traditional Muslim names. These regulations legally paved the way for the deportations.

In April 2017, China began detaining thousands of Uyghurs and sending them to what it calls “counter extremism training centers” and “education and transformation training centers,” which in reality are concentration camps.

A 2021 Amnesty International report includes first-hand testimonies from 55 former detainees. They describe the appalling human rights abuses and crimes against humanity that take place in these camps. Detainees are forced to take “classes” that teach them about the “evils of Islam” and the greatness of China, communism, and Xi Jinping. They are punished for speaking their native tongue and practicing their religion. They are subjected to brutal physical and psychological torture. Women are subjected to forced sterilization and rape.

Outside of the concentration camps, Uyghurs in Xinjiang continue to face severe restrictions on their freedom of movement and freedom of religion, according to a 2020 US State Department report. Islamic practice is tightly controlled. Uyghurs are subjected to forced labor in factories and cotton fields. China has imposed strict birth control regulations that threaten to reduce the Uyghur population by millions. Forced sterilizations and abortions occur outside the camps as well.

As part of their investigation of plans to build a Hampton in Hotan, The Telegraph visited locations around Xinjiang where mosques once stood. In Hotan, a parking lot and a grassy knoll with communist propaganda signs were among the things that replaced mosques. In Kashgar, a public toilet was built over the site of a demolished mosque.

Mosques that are not outright demolished are often stripped of Islamic and Uyghur symbols. This was the case at the Id Kah Mosque, China’s largest, where a Uyghur language plaque was removed from the entrance and Islamic designs scraped from the walls. Domes and minarets have been removed as “un-Chinese.”

Destroying a people’s cultural heritage and history makes it easier to destroy the people themselves. This is the ultimate objective of China’s mosque and shrine demolition campaign in Xinjiang. They seek to uproot the Uyghurs from their ancestral lands and to strip them of their identity.

If the Hilton Corporation goes ahead with the building of a Hampton hotel on the site of a demolished mosque, they will be assisting the Chinese government in its campaign of cultural erasure against the Uyghurs. To assist in the erasure of the Uyghurs is to assist in their genocide.

Now is the time for people of conscience to speak up. Sign this petition to tell the Hilton Corporation to suspend its plans to build the Hotan Hampton. Call out other corporations that collaborate in the Uyghur genocide and hold them accountable for their actions. It is imperative that we keep drawing attention to China’s crimes against humanity and anyone complicit in them.

Nihad Awad is the national executive director of the Council on American-Islamic Relations, the nation’s largest Muslim civil rights organization. Ismail Allison, a graduate of Howard University, is a researcher with CAIR National.

Disclaimer: Complicit: Hilton Must Cancel Plan to Build Hotel on Site of Bulldozed Uyghur Mosque in China - Views expressed by writers in this section are their own and do not necessarily reflect Latheefarook.com point-of-view