The Presidential Commission that investigated the Easter Sunday massacre has submitted its findings in a lengthy report, said to be running into 10,000 pages, but surprisingly it has not yet been made available to the parliament let alone the public. At least the supreme head of the Catholic community, Cardinal Malcolm Ranjit who had been tirelessly agitating for a no hole bar investigation, should have been given access to read the full report. Because, it was his community of worshippers that faced the full brunt of the attack. Even an abridged version, which in the current political climate, would be highly selective if not purposefully sanitized, will not justify the demand for truth and justice. Hence, the Cardinal’s threat to take the matter to international courts, if the President and his regime indulge in any cover up. The prelates’ sustained fortitude and his call for full accountability should be supported by of all, because it is the lack of accountability that has now put the country in the dock at UN Human Rights Council.

However, what is shocking from the point of view of the Muslim community, which also paid a heavy price for a crime which it had nothing to do with, is the absolute silence on this matter by the hierarchy of a so-called apex Islamic body, All Ceylon Jamiyyathul Ulama (ACJU). It has now been established that Muslim organizations and individuals, particularly from Kattankudy, home of the crime chief, had informed security officers well in advance about the dangerous activities of Zahran and his National Tawhid Jamaat. Those pieces of intelligence and similar warnings from foreign sources had been ignored by the government, which ultimately led to that horror. The Muslim community on its part condemned the macabre act without any reservation, and even refused to perform the religious rites on the murderers’ dead bodies, which refusal is the cruelest of punishments that the community could inflict on a fellow Muslim. In spite of all that the community suffered collective punishment at the hands of the usual suspects who had been on an Islamophobic mission since 2009. Therefore, ACJU should have taken the initial lead or at least join hands with leaders like the Catholic Cardinal to call for investigation and demand the report to be released to the public without delay.

There is also an additional reason why ACJU and Muslim politicians should have forced the hands of the President on this issue. Forced cremation of Muslims who die of Covid-19 has tormented the community and traumatized Muslim families for almost a year. All advice from local and foreign epidemiologists and from the WHO that see no danger in burying those bodies have been deliberately discarded purely on the insistence of anti-Muslim hardliners in the Sangha and President’s Viyathmaga. Even a casual mention of the possibility of permitting burial by the Prime Minister in the parliament has caused an uproar within this group. Aren’t these enough for Muslim leaders and ACJU to campaign against this regime openly both inside and outside the country?

ACJU that has caused enough troubles already to the Muslim community and never had the guts to stand up for the community. Instead, as usual, it asked Muslims to pray, fast and make supplication to Allah asking for heavenly help. Muslims do not need that advice from the ACJU. They always do when faced with difficulties. What they need instead is an effective leadership that should have the courage to speak truth in front of power. At least now, after the investigation is over and report submitted, shouldn’t ACJU join the Cardinal in asking for a copy of the investigation report, and support him in his threat to take the matter to international courts? The community should applaud the courage of the Cardinal and rally behind his leadership, while condemning the cowardliness of ACJU. Will ACJU at least take the initiative and canvass among Arab and Muslim heads of states to support Bachelet’s report at the UN Human Rights Council in Geneva? Will they demand that support from Prime Minister Imran Khan when he visits Sri Lanka soon?

It may be an uncomfortable truth to accept by the Muslim community that its political leadership is totally opportunistic, and religious leadership is pathetically subservient to those in power. It was the Muslim opportunists in the parliament who sold the community and treacherously voted for the 20th Amendment. Today, they appear to be totally clueless about the ultimate agenda of the President and his regime. How clueless are they was demonstrated a few days ago when one of those traitors jumped to justify the clique’s support to the amendment when the Prime Minister accidentally uttered in parliament that burials would be allowed. He neither said when nor mentioned Corona-killed Muslim victims. These leaders still dream that the regime would relent. Similarly, ACJU still thinks that to appease the regime is the assured way to gain peace to the community. With this type of leadership Muslim community is destined to be enslaved by the supremacists.

To Muslims, Christians are People of the Book, and a Christian leader, Cardinal Malcolm Ranjith, is showing the way how a minority could live with dignity without surrendering its religious identity. He is demanding a full copy of the Presidential Investigation Commission Report and courageously threatening to take the matter to international courts, if the President and his government fail to comply with. Muslim community should back his call without any reservation. All culprits in the Easter Massacre, irrespective of their religious or political affiliation most be brought to justice. Muslim intelligentsia and Muslim civil rights groups should ignore the politicians and ACJU and back the Cardinal.

Muslims are an acephalous community at present and they need a leadership that is fearless in fighting for its rights and prepared to join hands with any group or coalition that struggles for truth and justice. Until they create one of their own, they should at least back leaders like the Catholic Cardinal. It is clear that ordinary Muslims are deserting their own leaders by spontaneously participating in P2P march in which Muslim leaders and ACJU were notably absent. The fact that Muslim masses felicitated and thronged behind Tamil leaders during that march is an encouraging sign of an inter-ethnic and inter-religious opposition growing to challenge the regime.

Disclaimer: Courageous Cardinal And Cowardly ACJU By Ameer Ali – - Views expressed by writers in this section are their own and do not necessarily reflect Latheefarook.com point-of-view

Previous A Ban On Burials – A Prelude To A Pogrom? By Lionel Bopage
Next Maithripala Owes Apology To Muslims For His Atrocities By Latheef Farook – 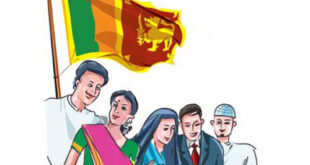 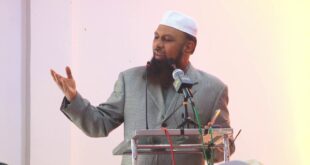 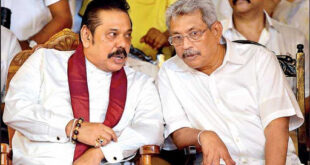