United Nations (UN) human rights experts have told the UK government that its use of citizenship-stripping powers is likely discriminatory and unlawful because of its disproportionate impact on Muslim and migrant communities.

In a letter to Foreign Secretary Liz Truss made public on Wednesday, five UN special rapporteurs also expressed concern about government efforts to extend the powers in the controversial Nationality and Borders Bill.

The proposed legislation, contained in clause nine of the bill, would allow the government to remove someone’s citizenship without any requirement to notify them.

The existing powers have been used extensively in recent years, mostly against British nationals who travelled to Syria during the country’s civil war. 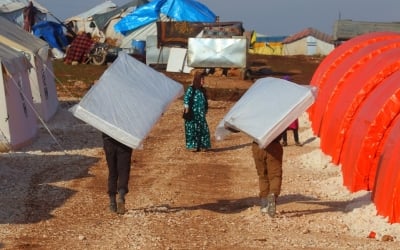 Those targeted include people accused of travelling to join the Islamic State (IS) group.

But Middle East Eye exclusively reported in 2017 that British aid workers had also been deprived of their citizenship.

In their letter, the special rapporteurs said that the government’s existing use of the powers was likely discriminatory because of their disproportionate impact on “people from non-white racial and ethnic backgrounds, and especially people from Muslim and migrant communities”.

They cited figures suggesting that two in five people from non-white backgrounds could be at risk of losing their citizenship, compared with one in 20 among white people.

“Such disproportionate impacts will likely constitute prohibited discrimination on the grounds of race, colour, descent, and national or ethnic origin, as well as other grounds such as religion,” the special rapporteurs wrote.

It is illegal under international law to deprive someone of citizenship if they do not hold another citizenship or an alternative entitlement to citizenship.

The UK and citizenship-stripping powers

The special rapporteurs said they were concerned that citizenship-stripping powers “may be used disproportionately against people from Muslim communities”, and reiterated concerns about the UK government’s Prevent counter-terrorism strategy.

They cited a 2016 UN Human Rights Committee report which warned that Prevent had “created an atmosphere of suspicion towards members of Muslim communities” and criticised counter-terrorism measures which led to profiling based on ethnicity and religion.

They also cited a 2019 report on the UK by Special Rapporteur Achiume that said that counter-extremism policies had played a part in “amplifying and legitimating anti-Muslim panic, and even Islamophobia”.

Those concerns were rejected at the time by the British government which denies that Prevent disproportionately targets Muslims and says the strategy “addresses all forms of terrorism”.

But the special rapporteurs wrote that “this persistent pattern of difference in treatment could indicate that the deprivation of citizenship from British Muslims is motivated by political and/or discriminatory factors”. 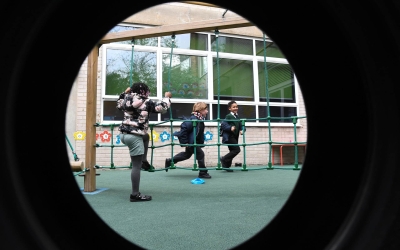 The letter is published in the same week that Ni Aolain lent her support to a new report on Prevent which found that the strategy was discriminatory against Muslims and had led to abuses of children’s rights.

They also warned against the use of citizenship-stripping powers against women and girls, noting that they faced specific risks based on their sex and gender.

The UK government has removed the citizenship of several women currently being held in camps in Syria for the families of suspected IS fighters.

Those affected include Shamima Begum, who travelled to Syria aged 15. Last year the Supreme Court ruled Begum could not return to the UK to appeal against the decision because of national security considerations.

“States must be mindful of the potential for coercion, co-option, trafficking, enslavement, sexual exploitation, and harm on joining or being associated with nonstate armed groups, online grooming and recruitment for marriage, sexual or household services or labour for the organisation,” the special rapporteurs wrote.

The Nationality and Borders Bill is currently being scrutinised in the House of Lords, the upper house of the UK parliament, where the government’s use of citizenship-stripping powers has been likened to “the ancient practice of banishment”.

Proposed amendments to the bill have included the withdrawal of clause nine and measures to curtail existing powers allowing citizenship to be revoked based on the Home Secretary’s assessment that a person’s presence in the country is “not conducive to the public good”.

‘The Government must remove clause nine from the Nationality and Borders Bill and stop stripping people of citizenship without due process,’ said Emily Ramsden, senior officer in migration and citizenship at Rights and Security International, a human rights advocacy group.

“No one should be stripped of their right to have human rights under vague laws that could allow decisions based on racism, Islamophobia, or other discriminatory stereotypes – and potential victims of trafficking should be helped, not punished.”

Under the current system, British nationals whose citizenship is revoked must be notified and have a right to challenge the decision through an appeals process.

A number of people have successfully challenged the government’s use of the powers. In May 2021, a man returned to the UK after years stranded abroad, after the government conceded it had wrongly assessed he was entitled to Bangladeshi citizenship.

But the proposed legislation would instead give the government the right to deprive somebody of citizenship without notifying them if it is not practically possible to do so, because of national security or diplomatic considerations, or “for any other reason”.

Disclaimer: UK citizenship-stripping powers 'discriminate against Muslims' say UN experts By Simon Hooper - Views expressed by writers in this section are their own and do not necessarily reflect Latheefarook.com point-of-view