In one of the most shameful developments the British Queen awarded former British Prime Minister Tony Blair knighthood, the oldest and most senior British order of chivalry, in the new year honors list.
Tony Blair is a war criminal. He,together with US President George Bush Junior, black mailed and misled the world, invaded oil rich almost developed ancient Muslim country of Iraq in March 2003 and killed more than a million innocent Muslims besides subjecting hundreds of thousands to worst form of torture and destroying the country’ infrastructure.
Describing the award an insult to people who grew up in the shadow of the Iraq war more than a million people signed a petition ,within six days,demanding to revoke the knighthood awarded to Blair. The petition states that Blair was “personally responsible” for the killings of countless innocent lives and that he should be held accountable for “war crimes”.
The Labour MP Richard Burgon tweeted: “It says a lot about what is wrong with our system when, after being one of the leading architects of the Iraq war, Tony Blair is honored with a knighthood while Julian Assange, who exposed war crimes in Iraq, faces extradition to the USA and a lifetime in prison.”
Well known British columnist Yovonne Ridely described Blair’s knighthood to Blair as a royal act of treachery against his victims in Iraq and Afghanistan
Among those to have given their backing to the petition is Rose Gentle, whose 19-year-old son, Gordon, was killed by a roadside bomb in Basra in 2004. She told the Daily Record that “Instead of standing in front of the Queen being made a Sir with that stupid grin on his face, he’d be better going to the cemetery and standing in front of my son’s grave to see what he’s done.

“The British Empire has always honored its best killers with knighthoods, road names, statues…Tony Blair is not an aberration,” said one political activist.
Without any valid reason Bush and Blair dispatched troops and war planes to bomb the innocent Iraqi people in March 2003. Within days, water and power supplies were cut off, and millions of people were deprived of water, electricity, medicine, food and even shelter. US planes continued to rain death on the Iraqi people.

Imagine the terrifying prospect for the ordinary Iraqi citizens who suffered incessant bombardment as Bush and Blair unleashed the most destructive firepower to kill them indiscriminately. Day in and day out the skies over Iraq rained bombs – and the most pernicious ones to boot – which shook the earth and relegated once thriving cities into bloody human abattoirs. Child survivors, many of them maimed for life, remain haunted by the nightmare of the gruesome catastrophe.

Caught up in this vicious and prolonged bloodbath they had to scan the skies constantly in anticipation for the dreaded shriek of lethal shells whistling overhead and finally bursting around them in a mighty climatic boom. Several have seen their loved ones and neighbours blown to smithereens their homes which have served for many as instant concrete tombs.

There was carnage everywhere. And the whole world, including human rights champions in Europe, watched the slaughter as helpless spectators.US troops mercilessly slaughtered Iraqi soldiers who had surrendered. Unfortunately no one know exactly how many Iraqis perished in this carnage

US soldiers stood by and watched, while invaluable historic artefacts were openly robbed from the Iraqi National Museum in Baghdad. A pattern of looting began everywhere the day the US troops entered the area.

Around 170,000 items, including the Warqa Vase of 3500 BC, the bull’s head of Ur and the squatting Akkadian King of 2300BC, were robbed. Lamenting over this pillage, British MP Boris Johnson, also the editor of The Spectator, cried his heart out when he said, “it fills me with rage to think that at least some of the spoils of Iraq’s National Museum will, in all likelihood, end up as the bibelots in the brownstone of some bankers in New York”.

They didn’t stop there! Even the dead and buried were not spared!

Shortly after the invasion came the American Terror War gulag where appalling abuses were inflicted upon harmless citizens. Thousands of innocent Iraqi men, women and teenagers, were indiscriminately herded into prison camps and subjected to the most sadistic torture imaginable.

US forces used the most vicious interrogation techniques including hooding, stripping detainees naked, subjecting them to extremes of heat, cold, noise and light, and depriving them of sleep. This heartless routine which included infliction of pain, discomfort, and humiliation has expanded in all too many cases into vicious beatings, sexual degradation, sodomy, electrocution, near drowning, and near asphyxiation. Several detainees had died under questionable circumstances while in incarceration.

These bestial crimes were kept under wraps until Pulitzer-prize winning investigative journalist Seymour Hersh published a series of exposé articles illustrated by damning photos of the torture by US military police of prisoners in the Iraqi prison of Abu Ghraib near Baghdad.

One American stated: “We have destroyed a country and created political chaos for no reason whatsoever”.

Middle East and the Muslim world was weakened and the region was made safe for Israel whose more than 4000 year old dream was to destroy Iraq and its military force.

Anglo-American weapons, oil, banking and other corporate conglomerates flourished on the blood and flesh of Iraqi people. The irony is that Arab tyrants, including Egypt and Saudi, were active collaborators in this carnage against their own Iraqi brothers to please US and ensure their regimes. 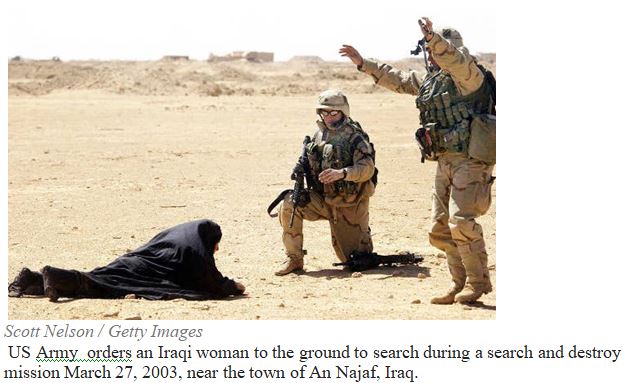 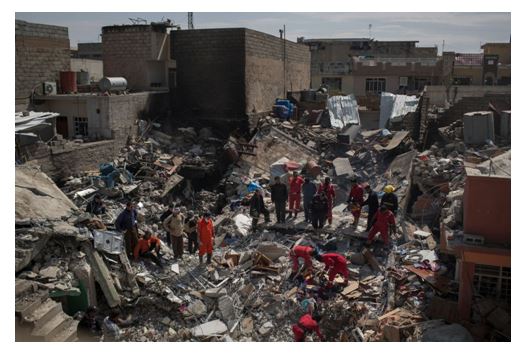 Death and destruction caused by Bush and Blair 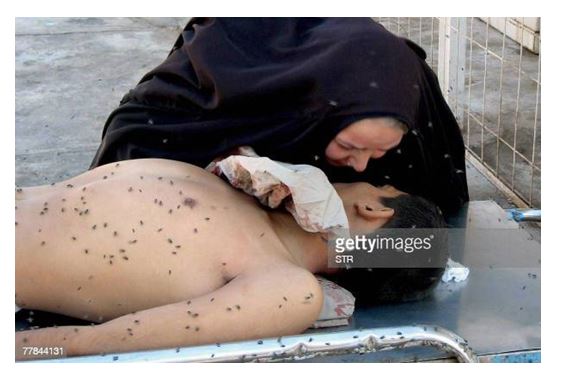 Columnist Yvonne Ridely described it as royal act of treachery - Views expressed by writers in this section are their own and do not necessarily reflect Latheefarook.com point-of-view