Skip to content
USA
Spread the love
US President Joe Biden on the South Lawn at the White House on 23 June, 2022 (AFP)
Report comes amid claims that new countries may take steps to normalise ties with Israel during the US president’s visit to the region

The US is formulating a “roadmap for normalisation” between Israel and Saudi Arabia ahead of President Joe Biden’s visit to the Middle East next month, according to reports by Walla news and Axios.

The White House hopes to have an outline of steps towards normalisation before Biden raises the issue during his July visit to Israel and Saudi Arabia.

A deal will not be reached before the visit because “the White House’s strategy is one of gradual step-by-step progress”, Walla quoted an unnamed official as saying.

Israel and Saudi Arabia do not share diplomatic relations, but are believed to cooperate on security issues. Both countries view Iran as a threat and opposed the 2015 nuclear deal.

Former Israeli Prime Minister Benjamin Netanyahu travelled secretly to the kingdom in 2020 to meet with Crown Prince Mohammed bin Salman, also known as MBS, according to several Israeli media reports at the time.

In recent weeks speculation has swirled over a series of reported meetings between Israeli and Saudi officials over a suggested US-brokered deal to transfer two strategic Red Sea islands from Egypt to Saudi Arabia. 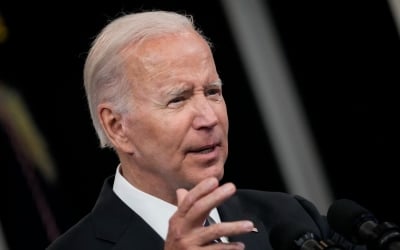 The two islands, Tiran and Sanafir, control the entrance to the strategic Gulf of Aqaba that leads to the ports of Aqaba in Jordan and Eilat in Israel.

According to Israeli media, a potential deal would allow Israeli aircraft to fly over Saudi airspace, an initial first step in easing the path to normalisation.

Riyadh was supportive when the US-brokered deals to establish diplomatic ties between Israel and the UAE and Bahrain in 2020, but stopped short of taking the step itself.

While it has not ruled out normalisation, Riyadh has long conditioned recognising Israel on the establishment of an independent Palestinian state within the 1967 borders, as set out by the Arab Peace Initiative.

On Wednesday, Barbara Leaf, assistant secretary of state for Near Eastern affairs, raised eyebrows at a congressional hearing when she hinted that more countries could take steps towards normalising relations with Israel around Biden’s visit.

“We are working in the space that is not in the public domain with a couple of other countries,” Leaf told lawmakers. “I think you will see some interesting things around the time of the president’s visit.”

Leaf didn’t name any countries, and when asked to elaborate, replied: “I really wouldn’t want to step on the president’s toes.”

Disclaimer: US preparing Israel-Saudi 'normalisation roadmap' ahead of Biden visit, says report - Views expressed by writers in this section are their own and do not necessarily reflect Latheefarook.com point-of-view