On 29 November 1947 when UN partitioned Palestine  To create a state for Jews.

Zionist Jewish state of Israel, established in Palestinian lands in 1947, has today become the sole source of wars, bloodshed, instability and unrest in the Middle East and beyond.

Since early 1930s Israel, the only country in the world without permanent borders, has committed massacres  , invaded neighboring countries, grabbed more Palestinian lands, subjecting Palestinians to brutal oppressions and turned Gaza into a virtual open air prison depriving them everything except the air they breathe. Israel’s crime lists continues.

Tracing the history of Israel it is worthy to note that at the turn of the last century Palestine, now turned into Israel, and was part of the Turkish Ottoman Empire. About 95 percent of the population in 1896 were Arabs who owned ninety percent of the land. It was such a peaceful place that there was hardly anyone spoke loud and using a dirty was unheard of. 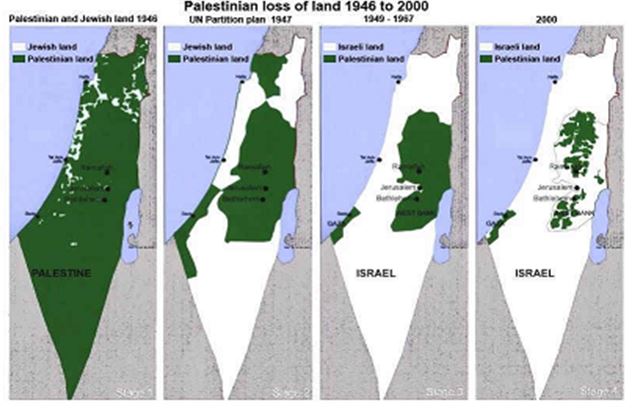 On November 29 1947, the United Nations, blackmailed by US President Truman against the advice of several top US officials, passed a resolution partitioning Palestine offering migrant Jews who robbed Palestinian lands.  In the proposed Jewish state too the Arabs had a majority as of    the total population of 1,008,900 the Arab-Jew ratio was 509,780 to 499,020.

In the midst of Zionist carnage   the state of Israel was proclaimed on 14 May 1948, over a much larger part of the country than that was allotted to the Zionists by the UN Partition Resolution. It was the upshot of inhuman force, created in violation of the principles of the UN Charter, the Universal Declaration of Human Rights and the very resolution under which the Israelis now claim sovereignty. Fifteen minutes after the proclamation of the Zionist state, recognition came from the White House followed by Kremlin both of whom, played very crucial role in the creation of this entity. 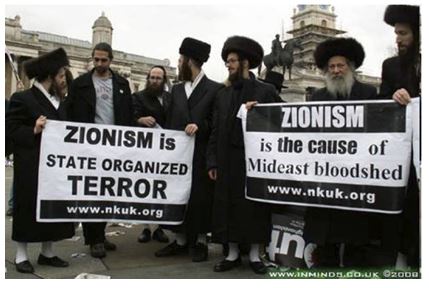 Israel has violated all United Nations resolutions and it is also the most condemned country in the world. The UN appointed committee itself found Israel guilty of war crimes. However no UN sanctions on Israel, as in the case of Iraq, Libya and Iran, implemented.

Israel gets away with all its crimes and lawlessness with the open support of US and Europe- the so called champions of human rights, freedom and sham of democracy, who planted this entity in the heart of Middle East.  It is this very same Israel’s security, US Presidents   claims, cannot be compromised.

The irony   is that this very same Israel was admitted to United Nations and all important other such organizations. However Israel’s victims, Palestinians, are not allowed to most of these organizations. This speaks for overall brutal Jewish control over US and European.

Over the years today Israel, remains the most condemned country by the United Nations with more than 120 UN resolutions, has become the sole source of instability threatening not only the region but the entire world. The UN   remains ineffective in the face of Zionist crimes due to US and European support.

Palestinians have no one to turn to.  They are betrayed by Arab dictators. They are demonised as terrorists by the Western media.

Disclaimer: Evil triumphed, justice died, UN collapsed and world came to end. By Latheef Farook - Views expressed by writers in this section are their own and do not necessarily reflect Latheefarook.com point-of-view