During his visit, the U.S. president ignored the exclusion of the Palestinian people from Israel’s “democracy,” writes Marjorie Cohn.

President Joe Biden’s much-heralded visit to Jerusalem has confirmed that the United States remains Israel’s enabler-in-chief. Biden promised to continue providing Israel with $3.8 billion in annual military aid (more than the U.S. gives any other country) to maintain the illegal Israeli occupation of Palestinian territory.

Pledging to “stand with the Jewish and democratic State of Israel,” Biden ignored the exclusion of the Palestinian people from Israel’s “democracy,” which extends only to Jewish people. Palestinians do not enjoy the same democratic rights as Jews. As Amnesty International, Human Rights Watch and the Israeli human rights group B’Tselem recently affirmed, Israel is an apartheid state.

After Biden arrived at Ben Gurion Airport, Israeli Prime Minister Yair Lapid called him “a great Zionist and one of the best friends Israel has ever known.” Biden said, “You do not need to be a Jew to be a Zionist.” Israel is a Jewish theocracy whose Zionist government was created on Palestinian land.

In the newly released Jerusalem U.S.-Israel Strategic Partnership Joint Declaration, Biden and Lapid “affirm that they will continue to work together to combat all efforts to boycott or de-legitimize Israel, to deny its right to self-defense, or to unfairly single it out in any forum including at the United Nations or the International Criminal Court.”

That means the Biden administration commits to: opposing the constitutionally protected boycott, divestment and sanctions movement; affirming Israel’s illegal claim of self-defense against Palestinians under its occupation; stymying the International Criminal Court’s investigation of Israeli war crimes; and voting against any criticism of Israel in the U.N. General Assembly.

While Biden pledges allegiance to Israel, thousands of Palestinians in the Masafer Yatta region of the occupied West Bank are facing imminent forced expulsions from their homes. Although this would violate the Geneva Conventions, Biden has not condemned it in spite of protests by U.S. Jewish organizations and 100 members of U.S. Congress. Biden would not meet with the people of Masafer Yatta or any other Palestinian community whose homes are threatened with demolition funded by U.S. tax dollars. 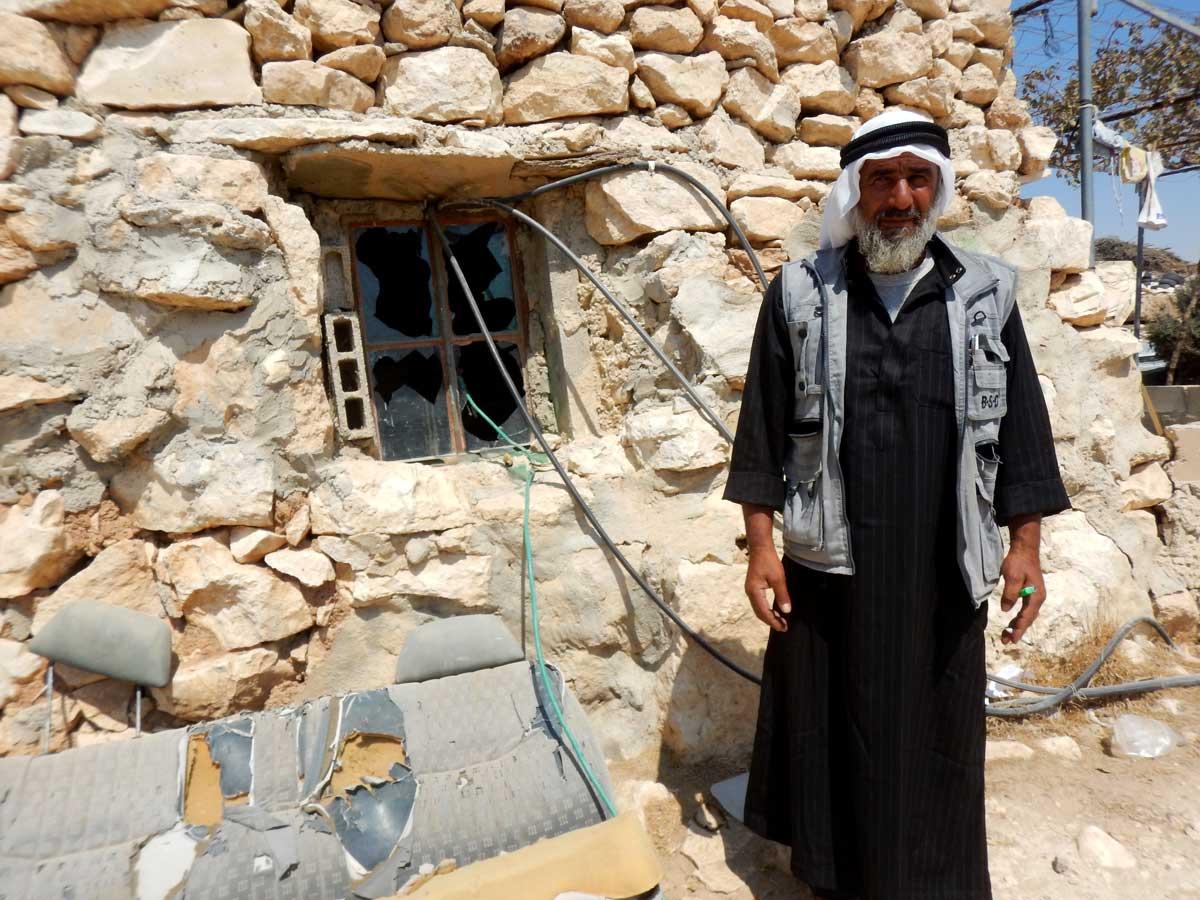 Biden’s visit comes on the heels of the U.S. government’s whitewashing of Israel’s assassination of beloved Palestinian-American journalist Shireen Abu Akleh, who reported for Al Jazeera for 25 years. Although the U.S. concluded she was “likely” killed by the Israeli military, the U.S. said it had “no reason to believe” the killing was “intentional but rather the result of tragic circumstances.”

Abu Akleh, who was wearing a helmet and vest labeled “PRESS,” was shot below her ear, the only part of her face that was unprotected. Al Jazeera journalist Shatha Hanaysha, who also wore a helmet and vest marked as press, said the soldiers “did not stop firing even after [Abu Akleh] collapsed.… The army was adamant on shooting to kill.”

A CNN forensic investigation cited explosive weapons expert Chris Cobb-Smith, who concluded that “the number of strike marks on the tree where [Abu Akleh] was standing proves this wasn’t a random shot, she was targeted.” In a letter sent to Biden in advance of his visit, Abu Akleh’s family charged that “the United States has been skulking toward the erasure of any wrongdoing by Israeli forces.”

But Biden refused to meet with Abu Akleh’s family while he was in the region.

At the top of the agenda for Biden and the Israelis was Iran, which Israel sees as an existential threat. Although the 2015 Iran nuclear deal was succeeding in preventing Iran from acquiring nuclear weapons, former President Donald Trump withdrew the U.S. from the agreement in 2018, to Israel’s delight.

Under the Joint Comprehensive Plan of Action, Iran had agreed to cut back its nuclear program, and in return, the U.S. would lift billions of dollars of punishing sanctions.

During his presidential campaign, Biden committed to rejoining the Joint Comprehensive Plan of Action. But a year and a half into his term, he failed to return the U.S. to the deal. He has also imposed additional sanctions on Iran, shamefully capitulating to Israeli pressure.

In the Jerusalem Declaration, Biden, on behalf of the United States, signed a “commitment never to allow Iran to acquire a nuclear weapon, and [pledged] that it is prepared to use all elements of its national power to ensure that outcome.” When asked in an interview on Israeli television whether he would use military force against Iran, Biden ominously replied, “As a last resort, yes.”

Biden has refused to reverse other Trump actions that pandered to Israel as well. He has not withdrawn Trump’s illegal recognition of Jerusalem as the capital of Israel. Nor has he rescinded Trump’s declaration of legitimacy of illegal Israeli settlements in the occupied West Bank, or reopened the Palestinian mission in Washington.

Biden’s visit demonstrates scant difference between his administration and Trump’s in their uncritical, unwavering support for Israel. Using our tax dollars, the U.S. government continues to enable Israel’s illegal and brutal occupation of Palestinian lands.

Marjorie Cohn is professor emerita at Thomas Jefferson School of Law, former president of the National Lawyers Guild and a member of the national advisory boards of Assange Defense and Veterans For Peace, and the bureau of the International Association of Democratic Lawyers. Her books include Drones and Targeted Killing: Legal, Moral and Geopolitical Issues. She is co-host of “Law and Disorder” radio.

This article is from Truthout and reprinted with permission.

The views expressed are solely those of the author and may or may not reflect those of Consortium News.

Disclaimer: Palestinians Face Forced Expulsions as Biden Pledges Allegiance to Israel - Views expressed by writers in this section are their own and do not necessarily reflect Latheefarook.com point-of-view