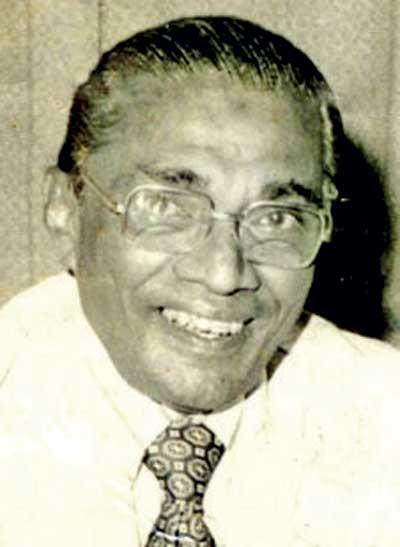 Maghdoomi, an Arab settler who settled down in Beruwala. His father Hakeem Alia Marikkar Mohomed Marikkar belonged to a family of physicians, whose ancestors too were physicians.

He was born in Beruwala on May 12, 1917 and educated at Zahira College, Colombo under the tutelage of Dr. T.B. Jayah, the Principal of Zahira. He held a number of responsible and honorary positions at Zahira, such as Editor of the College Magazine, President of the College Majilis and the Literary Association.
He entered Colombo Law College in 1940 and as a lawyer he had a lucrative practice and was elected President of the Kalutara District Branch of the Bar Association of Ceylon.

Since his childhood, he exhibited his humble qualities which I presume was the road to achieve greatness, win respect from people of all walks of life and intimacy from those around. No wonder he was enchanted to politics as a consequence and the public was enchanted to elect him as their representative.

Bakeer Markar’s life as a politician was even more illustrious than his life as a lawyer. He was an elected member of the Beruwala Urban Council and later as the Chairman. He was the MP for Beruwala from March 1960 and continued to be so from April 1965 to March 1970. He was the Deputy Speaker from August 4, 1977 to September 7, 1978, the Speaker from September 1978 to August 1983, a Cabinet Minister and the Governor of the Southern Province from June 13, 1988 to December 1993. He even served as acting Head of State while the President and Prime Minister were out of the country. 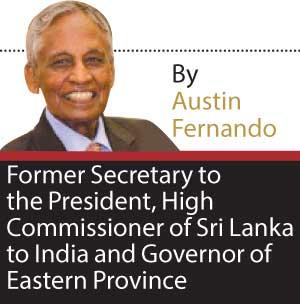 His name, which was equal to honesty and integrity in politics, is immortalized in Sri Lankan parliamentary history of being the last Speaker of the old Parliament and, the First Speaker of the new Parliament. His service to the people was so great it was easy for his son Imthiaz Bakeer Markar to be elected to serve the same electorate as the Member of Parliament and even to serve as a Government Minister.

Bakeer Markar was an accomplished parliamentarian and was truly, a dedicated representative of his people who did not care for ethnicity, race or religion and received much support from the Sinhala community than any Muslim candidate. This I learnt personally from my in-laws families in Beruwala. His non-consideration of ethnicity, language and religion was well observed from the fact that he educated his son Imitiaz at Ananda College, a leading Buddhist educational institution, where he also showed his prowess in debating in Sinhala, like his father, going on the same path of a trilingual. He was impartial and strove to promote harmony among all ethnic and religious groups. He served the people, who trusted him.

Bakeer Markar’s morals in politics were so firm he did not want to read the Address to the Provincial Council in 1994, as wished by Colombo. I had to be involved in a tough assignment, as I remember, to adjust his stances to appease the powers in Colombo and to bring political sensitivities to normalization. Similarly, his experiences as Governor has left many lessons to junior Governors like me.

“Bakeer Markar was an accomplished parliamentarian and was truly, a dedicated representative of his people who did not care for ethnicity, race or religion and received much support from the Sinhala community than any Muslim candidate”

Bakeer Markar served as goodwill Ambassador of Sri Lanka. His close connections with the Iraqi Government enabled him to build a village in Eravur, and were the founder President of the Iraq-Sri Lanka Friendship Association and remained in this position until his demise. He was honored and appreciated by the President of Indonesia for his assistance to Indonesians when an aircraft crashed with Indonesians on board. Not only was he a son of our soil, he was also citizen of the world.

Youth Development and Fostering the youth for Community Development and Service, was another aspect, which he actively promoted, and, he founded the All Ceylon Muslim Youth Front, with sincere objectives, and now, being successfully continued by his son Imtiaz Bakeer Markar. Bakeer Markar’s services in the field of education, towards the Muslim Community were unique.

“Youth Development and fostering the youth for Community Development and Service, was another aspect, which he actively promoted, and, he founded the All Ceylon Muslim Youth Front, with sincere objectives, and now, being successfully continued by his son Imtiaz  Bakeer Markar”

When all these aspects of Late Bakeer Markar’s life is considered in a nutshell, one may consider a very wholesome life of a man who dedicated himself to the society, without any discrimination, dedicated to politics, youth, religion, especially to the Muslim community without any problems created to other communities and treating others as equals. He imagined a world better than the one he lived in and strove to make it a reality.
He could be therefore considered as an emblem of a great personality whose principles of life should be emulated by the current leaders, especially those who try to create social commotion built on religion, ethnicity, language, social inequality and mean economic issues. May he be remembered for all those great qualities which should be reintroduced this society. At this instance when looking back at his life history and review lessons learnt, we may easily conclude that we need many more Bakeer Markars to make Sri Lanka a greater nation.

On the remembrance of the death of Bakeer Marker, I’m reminded of the Quranic teaching in AL Baqarah 2.197, which says “Take a provision with you for your journey. But the best provision is al- taqwa which is piety and righteousness”. He deserves to be respected because he was conscious and cognizant of Allah, of truth, of the rational reality, “piety, and fear of God”. Therefore, Bakeer Marker’s life was a sincere collection of al taqwa for his journey beyond this life and this world. It may be best if his life is emulated by politicians, social workers and civil leaders.

Disclaimer: Deshamanya M.A. Bakeer Markar An accomplished, dedicated parliamentarian - Views expressed by writers in this section are their own and do not necessarily reflect Latheefarook.com point-of-view