Despite various historical narrations about the identity of Sri Lankans, genetic studies have now succeeded in confirming similarities among various ethnic groups in the country. In a recent pioneering study conducted by the University of Colombo in collaboration with Genetech Molecular Diagnostics, Colombo, the researchers have released results which prove that there are similarities among four major ethnic groups in the country. Apart from that, this study also succeeded in introducing X-chromosome DNA fingerprinting, thereby assisting the resolution of biological relationships among family members. 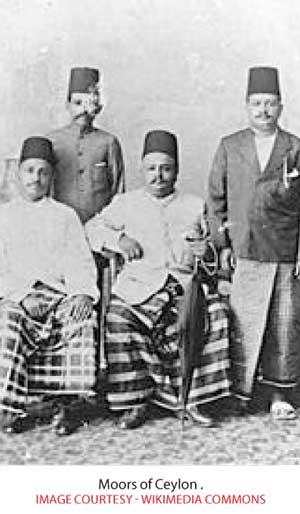 “The objective of this project was to introduce X-chromosome fingerprinting to Sri Lanka,” opined Dr. Gayani Galhena, principal investigator of the study and senior lecturer in Molecular Genetics, Department of Zoology and Environment Sciences, Faculty of Science, University of Colombo. “Fingerprinting is the gold standard of people identification. DNA fingerprinting methods make use of highly variable regions in the genome. The commonly used DNA fingerprinting method uses simple sequence repeats or Short Tandem Repeats (STR) markers. In the human genome there are 23 pairs of chromosomes among which only one pair is involved in determining the sex of individuals. They are the X and Y chromosomes. The rest of the 22 pairs are known as autosomes.”

“During such an instance we can use paternal grandmother to determine the parentage.” He further said that the accuracy of such a test is similar to the accuracy of the testing done when the father is available. The new method can also be used to determine complex family relationships between female siblings in the absence of parents, paternal aunt/uncle with niece and maternal uncle with nephews with a high level of accuracy,” he added. 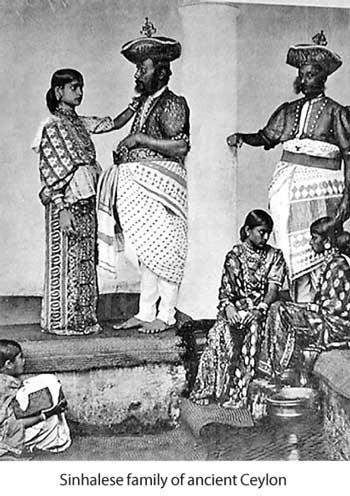 Initially they have designed an assay that analysed 16 different STR markers simultaneously in a single tube. “Our assay covers the entire X chromosome. Conducting 16 reactions in a single tube was the most challenging part because they tended to interfere with one another. It was a challenge to get them amplified with the same quality. There is only one widely accepted commercial test kit used for X chromosome fingerprinting which has only 12 markers but ours analyse 16 markers. This was the first part of the research,” Perera continued.

Explaining the methods further Mr. Perera added that the second phase was to apply this test to the Sri Lankan population. Results of person identification is generally expressed as the probability of the person tested being the person expected.  This probability is calculated using the level of variability (allele frequency) of each of the 16 markers of our population. However, since there are several ethnicities in Sri Lanka who may differ in their genetic composition, each need to be analysed separately. This requires a population genetic study which was done using blood taken from 838 individuals from Sinhalese, Indian Tamils, Sri Lankan Tamils and Moors who were not mixed at least during the last three generations.”

When we use STR markers dispersed in autosomes, it’s called autosomal DNA fingerprinting and is the most commonly used method
Nandika Perera

Fingerprinting is the gold standard of people identification. DNA fingerprinting methods make use of highly variable regions in the genome
Dr. Gayani Galhena

Dr. Galhena thereafter explained the outcome of the population genetic study. “Our results showed that Sinhala Moors and Sri Lankan Tamils were very much similar. However, there was a 0.3-0.4% difference in Indian Tamils with regards to the allele frequency when compared with the former three ethnicities. In addition our results indicated that Sinhalese and the Moors were the closest among  the four ethnicities that were studied.”
“According to historical sources, Moors descended from male merchants who arrived to Sri Lanka many centuries back. They subsequently got married to Sinhalese and Sri Lankan Tamils and settled here. This may be the reason behind the close genetic similarity that was observed among the two groups. Since X chromosome fingerprinting method reflects more of maternal history this similarity surfaced during our research. We further observed an Indian origin for Sri Lankan Moors.”

However Dr. Galhena pointed out that these results need to be understood in its proper context. “Depending on the chromosome that had been used for the analysis, the results may differ. The results we saw were based on X chromosomes. But if it is autosomal or Y chromosomal STR, the results would have been different as each reveals a different angle of our ancestry.”

“We also compared these four ethnic groups with 14 other different countries in South Asia, South East Asia, Africa, Europe and East Asia. Here we found that Sri Lankans were quite close to Europeans and South Asians. This observation agrees with the Indo-Aryan origin of Sinhalese and their subsequent mixing with Tamils who have a Dravidian origin,” she pointed out.

When asked about the cost of conducting a DNA test in Sri Lanka, Perera opined that it would cost around Rs. 14,000 to produce a single DNA profile at Genetech. “In the case of a standard paternity test that include three DNA profiles, it would cost Rs. 42,000. However, for judiciary the service is provided at a discounted rate of Rs. 12,000 per DNA profile.”

Speaking about the applicability of the research, he further said that X-chromosome fingerprinting has now been incorporated into the routine DNA fingerprinting analysis at Genetech. He was optimistic that even the complex and deficient relationship cases, which ended up with inconclusive results in the past can now be addressed efficiently with this new tool.

Disclaimer: Study reveals ethnic similarities among four ethnic groups : Are Sri Lankans one big family? - Views expressed by writers in this section are their own and do not necessarily reflect Latheefarook.com point-of-view