Such a statement coming from the president of United States is shocking especially in view of the war crimes his predecessors- father and son GeorgeBush and his bossBarack Obama  committed in the Middle East during the past three decades. In fact President Joe Biden was party to these crimes as vice president under President BarackObama.

For example  in the wake of 11 September  attacks in New York and Washington ,reported as an inside   job, America  accused Al Qaeda, created by America,  and invaded  Afghanistan , raped and ravaged by Soviet Union for more than twenty years ,  and turned it into a killing field for anotherquarter century until they were driven out in 2001.In the process Millions were killed.

Afghans managed to drive out the Americans last year. To take revenge on starving Afghans President JoeBiden blockedten billion dollar of Afghan money in US andcondemned millions to death by starvation.

The oil rich Iraq,Libya and Syriawere almost developed countries. During the past three decades America with its wars based on lies, turned these three countries into killing fields  and theirwealthplundered.

The US got Saudi and other oil rich Gulf sheikhs to foot the bill forthis war which destroyedthis Muslim country to the benefitedof Israel, US weapons industry and contractors.

Later in March 2003 President George Bush junioraccused Iraq of possessing weapons of mass destruction, though there was no such weapons as confirmed by UN weapons inspectors, blackmailed the world, bribed Arab tyrants bomband turned Iraq into wasteland.

Imagine the terrifying prospect for the ordinary Iraqi citizens who suffered incessant bombardment as Bush and Blair unleashed the most destructive firepower to kill them indiscriminately. Day in and day out the skies over Iraq rained bombs – and the most pernicious ones to boot – which shook the earth and relegated once thriving cities into bloody human abattoirs.

US soldiers stood by and watched, while invaluable historic artefacts were openly robbed from the Iraqi National Museum in Baghdad. A pattern of looting began everywhere the day the US troops entered the area.

They didn’t stop there! Even the dead and buried were not spared!Thousands of innocent Iraqi men, women and teenagerswere indiscriminately herded into prison camps and subjected to the most sadistic torture imaginable.

US forces used the most vicious interrogation techniques including hooding, stripping detainees naked, subjecting them to extremes of heat, cold, noise and light, and depriving them of sleep. This barbarous routine which included infliction of pain, discomfort, and humiliation has expanded in all too many cases into vicious beatings, sexual degradation, sodomy, electrocution, near drowning, and near asphyxiation. Several detainees had died under questionable circumstances while in incarceration.

The head of Turkey’s Parliamentary Human Rights Committee said this genocide surpassed those of Pharaoh, Hitler and Mussolini.

George Bush is still around enjoying his life. Where is international justice?

Libya, with a population of about 6.5 million, had$105 billion worth of reserves in the national treasury .The invaders looted this wealth.

In the popular uprising all what the Libyans asked for were freedom andJustice. Gaddafi responded with indiscriminatekillings .The US and NATO entered the scene and turned this country into another killing field like Iraq.

Realizing the worldwide hostility towards US for its disastrous military invasions President Barack Obama put forward French President Nicolas Sarkozy to lead the campaign of death and destruction. US and NATO set up a military bases to cover the Mediterranean and, from there, penetrate deep into Africa.

Millions of people were displaced. Hundreds of thousands who fled in unsafe boats were drowned .Libya today is  a killing field for US-European mercenaries.

In the midst the oppressed and brutalized Syrians also came out on peaceful demonstrations.   Syrian tyrant Bashar Al Assaddispatched troops to crush thedemonstrations.He arrested and subjected the demonstrators to cruel forms of tortures and killings.

City after city and village after village were bombed and destroyed. These wars drivenmillions to refugee camps where they still suffer in abject conditions

Bashar was given enough time to continue his killing spree with the support of the West, Israel, Russia, china and Iran, while big powers hoodwinked the world pretending to be doing something to stop the slaughter.

Meanwhile WE and Israel got their Saudi and Abu Dhabi stooges to bomb Yemen and destroy this ancient country killing around 300,000 and causing the worst humanitarian disaster in the world.

How many of these US-European leaders were tried for their war crimes? They are free and enjoying life.

Yet President Biden calls Putin brutal to be tried for crimes? 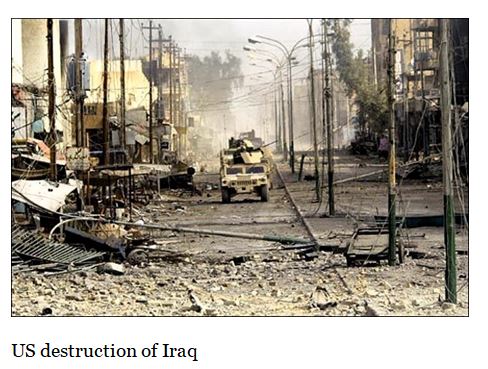 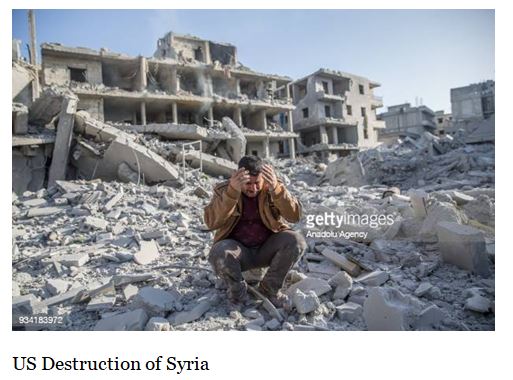 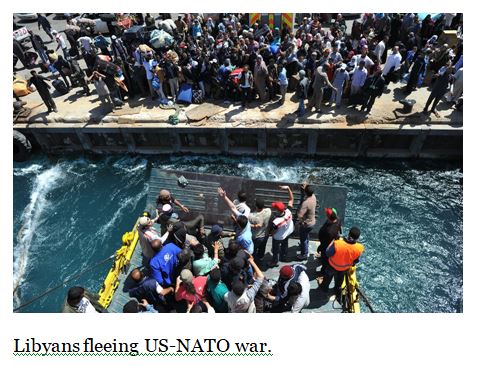 World remembers US war crimes in Afghanistan, Iraq, Libya , Syria and its blind support to Israeli war crimes? - Views expressed by writers in this section are their own and do not necessarily reflect Latheefarook.com point-of-view