Philippine President Rodrigo Duterte holds a .45 caliber handgun during a ceremonial turn-over to the military at Malacanang Palace in Manila on July 18, 2017, as military chief Eduardo Ano, right, looks on. Duterte may face an investigation by the International Criminal Court. Photo: AFP / Ted Aljibe
In her final act as chief prosecutor of the International Criminal Court (ICC), Fatou Bensouda gave the green light for a formal investigation into charges of mass atrocities under Philippine President Rodrigo Duterte.

After almost three years of a preliminary examination, she called on the international body, and by extension her newly-installed successor, “to authorize the commencement of an investigation” into reportedly tens of thousands of extrajudicial killings (EJKs) under Duterte’s drug war and “any other crimes which are sufficiently linked to these events” between November 1, 2011, and March 16, 2019.

Crucially, the specified period covers Duterte’s tenure as mayor of the southern city of Davao, the first major urban center to bear the brunt of the Filipino leader’s violent crackdown on illegal drugs and criminality.

Families of victims and human rights groups warmly welcomed the move, while the Filipino leader remained defiant and lambasted the court’s decision as “bullsh*t” and its chief prosecutor as “crazy.”

Right off the bat, the former British crown prosecutor and new ICC chief prosecutor, Karim Khan, vowed “to ensure that the quest for accountability and inroads on impunity are made” and emphasized the need for “building stronger cases and getting better cases in the courtroom” against abuses by officials under his watch.

The move, which could lead to the eventual prosecution of top Philippine officials, came much later than many initially expected, but it may have also come too early, giving the incumbent populist an even stronger impetus to rig next year’s presidential elections in favor of a trusted ally, if not his daughter, Sara Duterte.

Court under attack
However, the international court’s decision was far from assured, given questions over its jurisdiction and its willingness to take on a popular incumbent. In recent years, The Hague-based court has come under attack on many fronts, including from the former Trump administration, which sanctioned several ICC judges for launching investigations into US war crimes in Afghanistan.

The Biden administration has reversed those punitive measures, but there is little sign that the US or other superpowers such as China or Russia will ever accede to the Rome Statute under the ICC.

Meanwhile, the Beijing-friendly Philippine president has relied on strong backing from China in international bodies, including the United Nations Human Rights Council (UNHCR).

Drawing on a cabinet of lawyers and litigation experts, Duterte, himself a former prosecutor, has also been quick to chase legal loopholes to undermine any international investigation of his alleged human rights violations.

The first major response was the Philippines’ withdrawal from the Rome Statute in March 2019 in an effort to undercut any cooperation with the ICC. The following year, in a speech during the 44th session of the UNHCR, Philippine Justice Secretary Menardo Guevarra, a renowned legal expert, reiterated the primacy of local courts and judicial institutions in addressing alleged abuses in the country.

The Philippine justice chief announced the creation of an inter-agency panel to investigate at last 5,655 deaths during police drug war operations under Duterte’s watch. Up to this date, however, only a handful of erring officers have faced trial or any kind of stiff administrative punishment.

In response, the outgoing ICC prosecutor maintained that the court “retains jurisdiction” over investigating state-sponsored abuses, which are “not subject to any statute of limitation.” 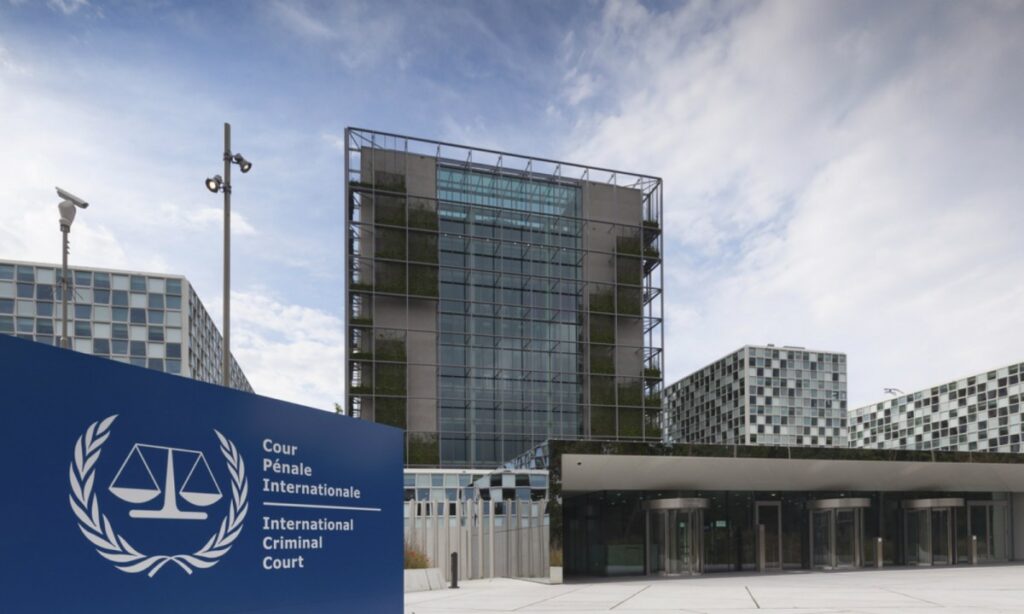 ICC at crossroads
The strongly-worded statement also marked a categorical rejection of the Philippine government’s claim that domestic courts and relevant agencies have been sufficiently functional to preclude the need for any international investigation.

Highlighting what’s at stake, Bensouda warned that the ICC “stands at a crossroads” and it needs to ensure, despite its limited resources, that large-scale abuses “not only [receive] prioritization” but also “open and frank discussions” with other member states to “advance the fight against impunity for atrocity crimes.”

The Duterte administration was quick to dismiss the ICC’s “midnight announcement” and reiterated that the international body was a “court of last resort,” thus the latest announcement constitutes a “blatant violation of the principle of complementarity, which is a bedrock principle of the Rome Statute.”

The Philippines maintained that local agencies were already conducting “concrete and progressive steps” to ensure accountability and that it has demonstrated a “long track record” of cooperating with international human rights bodies.

It also accused the outgoing prosecutor of “pre-empt[ing]” her successor in a supposed bid to undermine any proper evaluation of facts of the case. Presidential Spokesperson Harry Roque declared that the Filipino president will “never cooperate” with any international investigation.

“This bullsh*t ICC … I would not … Why would I defend or face an accusation before white people? You must be crazy,” Duterte said, evidently ignoring the fact that both the outgoing and the new ICC chief prosecutors are persons of color.

“These colonialized, they have not atoned for their sins against the countries they invaded, including the Philippines. Then now … they’re trying to set up a court outside our country and making us liable to face them,” the Filipino president added, claiming that “our laws are different. Our criminal procedures are different. How are you supposed to get justice there?”

Shooting off his mouth
The Philippines’ constitution, however, is one of the most liberal democratic of its kind, largely drawing on American jurisprudence. No less than former Supreme Court Associate Justice Antonio Carpio has argued that both domestic laws as well as relevant ICC articles can be invoked to hold the Filipino president accountable for, among other things, inciting violence and instructing the country’s law enforcement agencies to engage in a bloody crackdown against suspected drug dealers.

The body of a suspected drug dealer lies on the ground with a placard reading ‘Chinese Drug Lord’ in Manila on July 1, 2016. President Duterte on July 1 urged communist rebels to start killing drug traffickers, adding another layer to a controversial war on crime in which he has warned thousands will die. Photo: AFP
On his very first day of presidency, Duterte told the country’s police forces: “If you know of any addicts, go ahead and kill them yourself as getting their parents to do it would be too painful.” Shortly after, he reiterated the same position during a press conference, by stating: “I say let’s kill five criminals every week, so they will be eliminated.”

Two years into his violent drug war, Duterte openly admitted in an interview that his “only sin is the extrajudicial killings.”

“These statements of President Duterte are called extrajudicial confessions because they were uttered out of court and outside of custodial investigation, admitting involvement in alleged crimes,” wrote former magistrate Caprio, arguing that such statements are “universally recognized as admissible in evidence against an accused provided, they are voluntarily made and corroborated by evidence of the actual commission of the crime.”

With a legal storm gathering against Duterte, there is now a greater incentive for him to shape the direction of the upcoming presidential elections, if not rig the system altogether given his wide array of emergency powers due to the Covid-19 crisis.

The incumbent is confined to only a single six-year term in office by the constitution, but he has openly contemplated the prospect of running as a vice-presidential candidate next year and actively supported key allies, including his long-time aide and current Senator Christopher “Bong” Go, as a potential successor.

His daughter, Sara, who is the frontliner in the latest survey of potential presidential candidates, is another option to ensure Duterte stays in power for the foreseeable future.

Ultimately, however, the Filipino president’s priority is to ensure that the opposition, especially current Vice-President Leni Robredo, will not be able to mount an electoral challenge next year.

And the instinct for survival raises the temptation for deploying draconian measures, including Duterte’s notorious “drug list” and vaguely-defined anti-terror laws, to intimidate, isolate and even violently target opposition candidates and their supporters across the country.

Disclaimer: International Criminal Court closes in on Duterte By JASON CASTANEDA - Views expressed by writers in this section are their own and do not necessarily reflect Latheefarook.com point-of-view