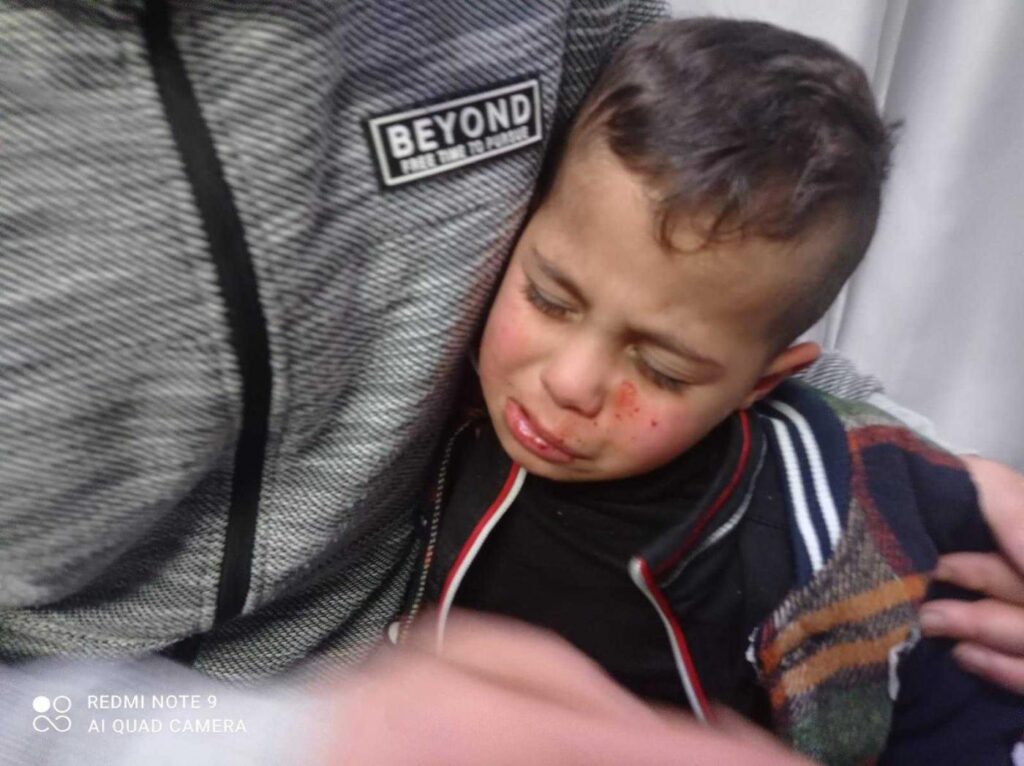 Majd, six, was hit in the face by a rock thrown by Israeli settlers (Social media)

A six-year-old Palestinian boy and his three-year-old brother were wounded on Thursday night after a group of masked Israelis attacked their family’s car outside the occupied West Bank city of Ramallah.

Majd, six, sustained injuries to his face after being hit with a rock, while Jad was cut by broken glass. Their father, Alaa Sawfta, remained relatively unharmed, while their mother’s arm was hurt by another rock thrown at the vehicle.

The family had just left their home in Ramallah and were on their way to visit relatives in the northern West Bank city of Tubas. It was a drive that Sawafta, his wife and children did at the end of every week, and at first everything seemed normal.

“It was around 8.10pm, so it wasn’t late at all,” Sawafta told Middle East Eye. “We were on the highway when two figures on the side of the road started motioning their flashlights at us.”

‘Thank God we had the doors locked. I think they were trying to pull us out of the car and kill us’

At first, Sawafta assumed the two people were Israeli police telling him to pull over.

“I couldn’t make out what they looked like because it was dark and there are very few street lights on the road, but who else uses flashlights like that other than police officers?” he asked. “So I started to slow down and pull over.”

That, Sawafta told MEE, was a decision he will regret forever.

“Just two seconds after I came to a stop, dozens of people came out of nowhere from the sides of the road and started attacking the car,” he said.

When he saw their clothes and that some of them were masked, carrying knives, bats, large sticks, and huge rocks, Sawafta realised his family was under attack from a group of Israeli settlers.

“They started throwing large rocks at the car and beating it with sticks and bats and other objects,” Sawafta said. “It was a total pandemonium, the windows were completely shattered, my wife and kids were screaming and crying, we didn’t know what was going on.” 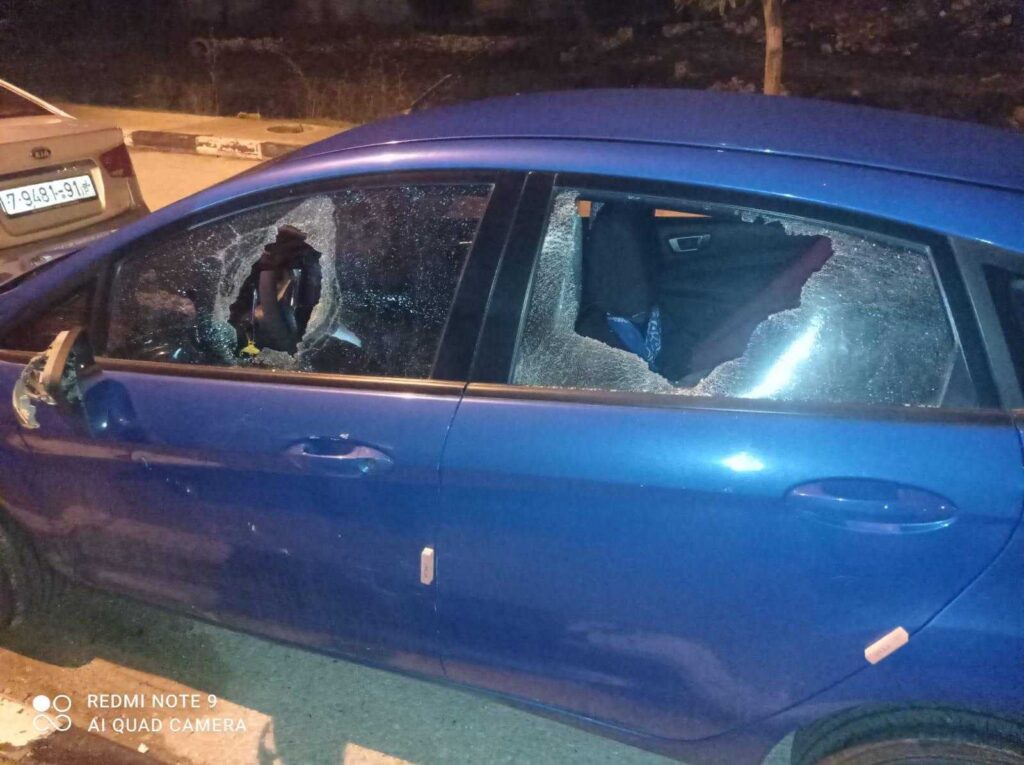 At one point, Sawafta said, the settlers started violently pulling at the door handles from outside the car, in an attempt to open them. “Thank God we had the doors locked. I think they were trying to pull us out of the car and kill us.”

It was at that point, he said, that he realised he needed to do everything he could to escape the settlers. “I pressed on the gas and somehow managed to swerve around them and get out of there,” Sawafta said.

“If we had been stuck there any longer, I’m sure they would have killed us.”

After his narrow escape, Sawafta drove his family’s car up to an Israeli checkpoint outside the Beit El settlement, just off the main road.

“We needed help, and these soldiers at the checkpoint were the closest thing we could find,” he told MEE.

According to Sawafta, when he approached the checkpoint, the Israeli soldiers raised their guns up at him and cautioned him not to get any closer.

“I started shouting and telling them that we needed help, and showed them my kids in the car who were covered in blood,” he said. “I told them we were attacked by settlers and pleaded with them to call us an ambulance.”

After more than half an hour of waiting at the checkpoint and trying to calm down his children, who Sawafta described as hysterical, an Israeli medic on a motorcycle arrived.

“The Israeli medic gave us first aid until a Palestinian ambulance came and transported us to the hospital in Ramallah. They did a bunch of tests and eventually discharged us, but we had to go back for checkups this morning.”

According to Sawafta, while his family were in the hospital, a number of other Palestinians came in for injuries they claimed were sustained in attacks by the same group of settlers.

“I’m still in shock over what happened,” Sawafta told MEE. “We didn’t sleep all night, we can’t believe that we were attacked like that, and that we made it out alive.

“You can’t imagine the feeling, to know that your life is in danger and you have your wife and children with you and you can’t protect them,” he said.

Sawafta told MEE that he is still struggling to understand why the settlers attacked his family the way they did, but he’s sure his car was targeted because of its Palestinian license plate.

“You could tell it was calculated, and they were letting Israeli cars pass until they saw our car and stopped us,” he said. “This is what the settlers do. They commit these kinds of attacks because they hate the Palestinian people, and are doing everything they can to intimidate us and take over our land.”

Sawafta told MEE that he believes the attack on his family was not a coincidence, but part of a “coordinated effort from settlers in the West Bank against Palestinians,” adding: “We have been seeing attacks like these happening almost every day in the past few weeks.”

Rights groups and activists have made similar claims, with Israeli human rights organisation Yesh Din reporting that in addition to the attack on the Sawafta family, there were several incidents on Thursday night of Israeli settlers blocking roads and junctions across the West Bank, as well as throwing rocks at Palestinian cars.

According to Wafa, the official news agency of the Palestinian Authority (PA), three of the attacks on Palestinian vehicles that took place on Thursday night “occurred in full sight of Israeli occupation soldiers, who did nothing to stop the settlers and rather provided them with protection”.

MEE has asked the Israeli military to comment on all the allegations in this report, with no response by the time of publication.

‘If you look at the attacks from Israeli settlers from the end of 2020 to the beginning of 2021, there is a steep increase in the number of attacks’

Yesh Din said they have documented 44 settler attacks against Palestinians in recent weeks. The increase in ultra-nationalist attacks is something that Israeli media outlets have attributed to the Israeli police killing of a 16-year-old settler, who was killed in a police chase after he allegedly attacked Palestinians with rocks in late December.

In the past week alone, local Palestinian media outlets have reported incidents of settlers attacking homes in Masaffer Yatta south of Hebron, Molotov cocktails being thrown at houses south of Nablus, and an attack on an 11-year-old girl in the Nablus-area town of Madama.

“If you look at the attacks from Israeli settlers from the end of 2020 to the beginning of 2021, there is a steep increase in the number of attacks,” Hani Nassar, a field researcher for Defence for Children International – Palestine (DCIP) told MEE.

“It is also very clear that the attacks are being organised and coordinated, not just among the settlers, but with the soldiers as well.”

For example, in the case of 11-year-old Hala Qat from Madama, Nassar documented testimony from neighbours and eyewitnesses who said that there were Israeli soldiers stationed on the hilltop nearby when settlers descended upon Qat’s home and started throwing rocks at her while she was sitting on the balcony, wounding her head.

The soldiers, Nassar said, witnessed the settlers descending from the Yitzhar settlement near Madama, attack the family home, and retreat safely back into the settlement. “And the soldiers did nothing about it,” he said.

“I am 100 percent certain that there is a connection between these settler attacks and the Israeli authorities – police and soldiers,” Nassar said. “This is not just settler violence, this is state violence, managed by the government and the occupation.”

The lack of accountability on part of the Israeli authorities for the settlers who commit these crimes, Nassar said, is what he believes to be one of the driving forces for settlers to continue to commit attacks against Palestinians.

“If these were Palestinians attacking Israelis, the authorities would use every resource available to them – soldiers, police and intelligence officials – to arrest and imprison the Palestinians,” Nassar said. “But when it’s the Israelis committing the crimes, they continue to operate freely.”

Sawafta echoed Nassar’s sentiments, adding that while he plans to file a complaint against the settlers who attacked his family, he has very little hope for justice.

“The Israeli authorities who we expect to help us in these situations, are the same ones who are enabling the settlers to commit this violence,” Sawafta said.

“Who am I supposed to ask for help, the Israeli police? Maybe they will open an investigation, but they will eventually close it with no findings, as they always do,” he added.

“At the end of the day, the settlers have the green light from the Israeli government to attack and kill us. And because they are never charged, they will keep doing it without consequence.”

Disclaimer: Israeli settlers leave Palestinian children bloody and bruised in latest attack By Akram Al-Waara in Bethlehem, occupied West Bank - Views expressed by writers in this section are their own and do not necessarily reflect Latheefarook.com point-of-view

Previous Nafs:Ego, Self – Personality – How the Quranic concept of nafs contrasts with Freud’s theory of personality development and Nietzsche’s Superman By M. Basheer Ahmed
Next Biden Administration to Probe Rohingya Genocide Claim By Sebastian Strangio 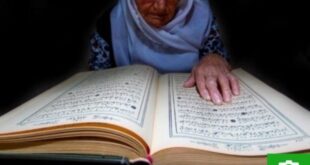 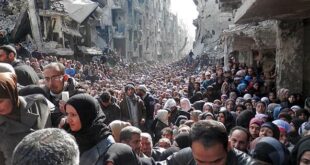 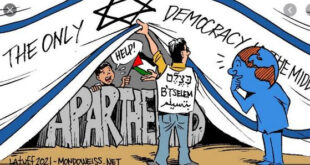 Of Sabra-Shatila By Muhammad Ali Siddiqi